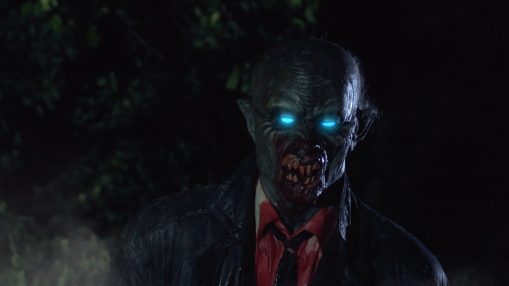 Anthology films are a staple of the horror genre. They are one type of film you can usually rely on, because if you don’t enjoy any one of the vignettes, there are always more short stories likely to give the film a redeeming factor. The great thing about 10/31 is that not only is it a horror anthology film with no duds, but as the title implies, every story takes place on Halloween. 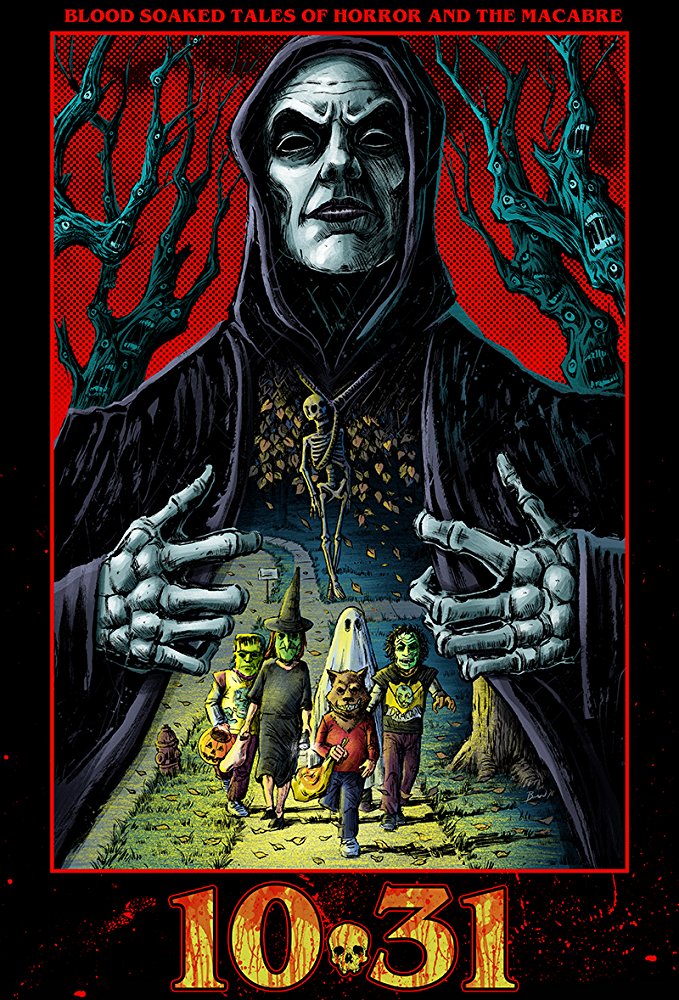 Before I even started watching 10/31, I was already in love with the concept. Yes, it’s been done a couple times already with TRICK R’ TREAT and TALES OF HALLOWEEN, which are masterpieces in their own right, but 10/31 is a horror indie that takes common horror tropes and then turns them on their head, twists them, mutates them, and gives you something completely different. You can tell the entire cast and crew poured their hearts into this one.

What made me so excited to check out 10/31 was knowing that director Justin M. Seaman had a hand in it. His independent horror film THE BARN made my list of the top 10 films I watched in 2017. I’m so in love with Justin’s cinematic sense of identity. He knows how to capture a certain feeling, mood, or time period. With his entry in 10/31, he did not disappoint. 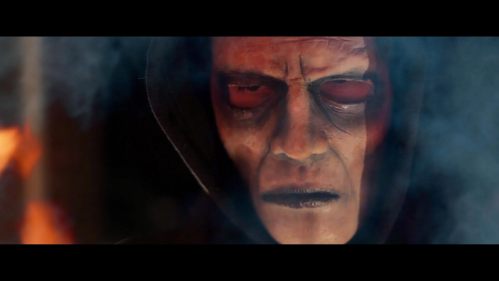 His portion of 10/31, THE OLD HAG, traded in the whimsical kitsch he established with THE BARN for a more serious ghost story with a persistent sense of dread. We follow Tyler (Nickolaus Joshua) and Kevin (Mitchell Musolino), budding filmmakers trying to get a job making local commercials. Kathy (Cindy Maples) offers them a gig to do a spot for her bed-and-breakfast. Rule of thumb: When an offer is too good to be true, fucking run. Kevin and Tyler reminded me of the wacky ghost hunters in INSIDIOUS, and the titular character of The Old Hag (Jedediah Giacchino) serves as a great homage to the old lady in the bathtub in THE SHINING. Also the classic orchestral score by Rocky Gray really added to the terror. 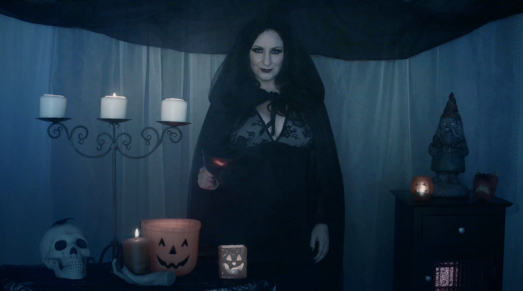 Justin may have set the bar high with his segment going first, but the rest of the directors did an excellent job keeping the excitement going. I honestly loved all the vignettes. All the contributors kept things familiar, scary, and fun, but at the same time they provided their own unpredictable twists.

The segment TRESPASSERS, directed by Zane Hershberger, is a haunted house story that has a certain levity that made me think of the original NIGHT OF THE DEMONS, but at the same time had a a backstory that brought to mind THE AMITYVILLE HORROR. The stupidity of the main characters had me yelling at the movie. Had they ever seen a horror movie before? It was great fun. This segment had a nice synth-driven score to solidify its ’80s vibe.

It’s hard to pick a favorite chapter amongst so many great contributions, but I would have to say KILLING THE DANCE is mine. It’s just totally bonkers. The shitty family dynamic in the story seems realistic enough, and the roller rink montage gives it a ’70s throwback atmosphere without using the tired faux grindhouse gimmick. The disco/electro pop soundtrack was a perfect pairing. The creepy kid brother who seems like a supporting character  butends up being a key element of the story is mind blowing enough, but it was the straight razor massacre on the dance floor that just raises the level of insanity to incredible levels. Just think of the hitchhiker from THE TEXAS CHAIN SAW MASSACRE on roller skates: Fucking nutty, and I couldn’t get enough of it.

Next up was THE HALLOWEEN BLIZZARD OF ’91. This one was crazy in a whole different way. It had spooky trick-or-treaters similar to those in HELLIONS, which is a trope I can always appreciate. What blew me away was that it had an unexpected Christmas theme. The idea of Santa Claus on Halloween gives me instant chills. 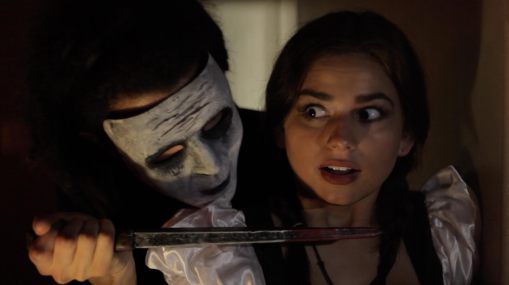 Rounding out 10/31 was THE SAMHAIN SLASHER. This was probably my least favorite portion. A slasher on Halloween cutting up teenagers, let’s face it, is completely expected. Although not groundbreaking, I did find it entertaining. The heavy metal soundtrack and the heavy handed brutality brought to mind a Rob Zombie film, so if that’s your thing, you’ll enjoy.

All-in-all, 10/31 is a top-notch indie horror anthology. I love anthology movies and horror movies that take place on Halloween, so between the two it really couldn’t get much better, and there’s excellent amounts of blood and violence for all the gorehounds. Even the simple wrap-around story of children watching these stories as part of an Elvira-style movie marathon is effective. 10/31 is a campy, savage, fun Halloween treat with plenty of tricks along the way. Make sure you check out screamteamreleasing.com and get your copy today!