One common complaint about SNOWPIERCER, Korean director Bong Joon Ho’s English-language debut, was that its bleak post-apocalyptic action also included moments of confusing absurdist humor. But the director has never shied away from comedy, and SNOWPIERCER has more in common with Terry Gilliam than the straight-faced Hollywood sci-fi/action cinema it superficially resembles. Whether or not it was his intent, OKJA plays like a direct inverse of his last film’s tonal dynamics: it begins as a broad, goofy satire before plunging into nightmarishly gruesome territory in its second half. Its central story of the love between a young girl and her adorable giant “superpig” is very likely to scar countless youngsters with Netflix access to death—or at least into a lifetime of veganism.

Mija (Seo-Hyun Ahn) is a teenager living with her farmer grandfather in South Korea, where they have spent the last decade raising a superpig they named Okja as part of a worldwide competition sponsored by the Mirando Corporation. Mirando, led by maniacally positive new CEO Lucy Mirando (Tilda Swinton), is trying to develop the superpig into a new resource of sustainable, ecologically-conscious meat. The superpig competition will bring the healthiest superpig to New York for a public unveiling, the first time these strange new creatures will be seen by the world at large. Unknown to Mija, Grandpa and Mirando are colluding to transport her beloved pet and best friend out of the country for the upcoming superpig parade hosted by borderline insane animal TV show star Johnny Wilcox (Jake Gyllenhaal). 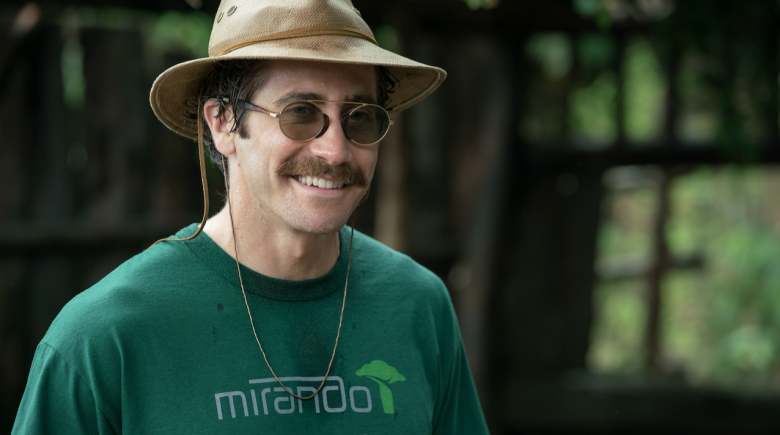 The transfer is hilariously foiled by a splinter group of the Animal Liberation Front led by Jay (Paul Dano), who have learned that the Mirando corporation is involved in sinister genetic research and their story about the origin of the superpig is a cover. The ALF have devised a complicated plan to use Okja to reveal what Mirando is really up to in their secret lab in Paramus, New Jersey. The first phase of their plan results in a sudden PR disaster for the corporation, which Lucy and the board attempt to defuse by inviting Mija to New York to reunite with Okja on-stage at the parade. But the people behind Mirando’s public façade are crumbling under the strain—Wilcox is overcome with guilt and jealousy, Lucy Mirando increasingly crippled by her own self-doubt and sabotaged by her villainous sister Nancy—and the situation is much more volatile than the ALF could have guessed. 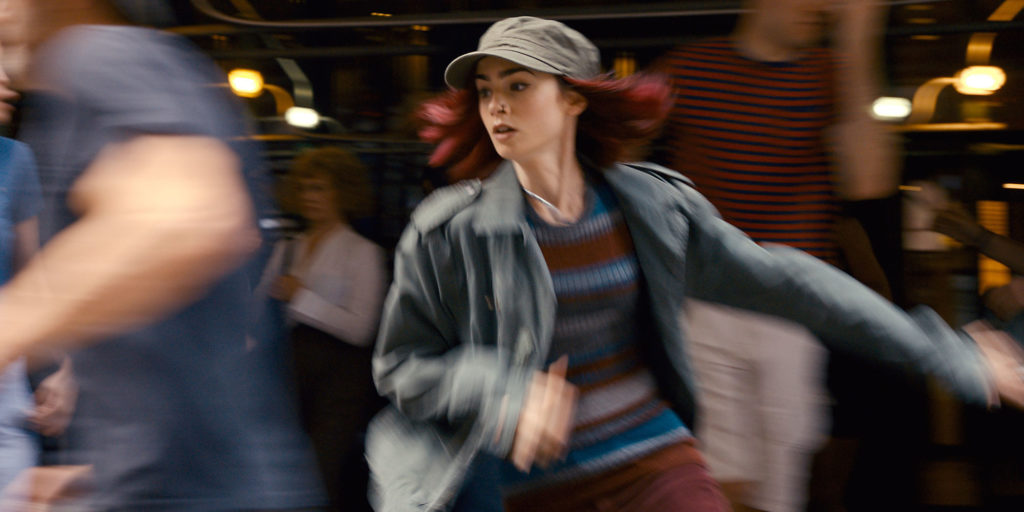 The opening act of OKJA spends a lot of time with Mija and Okja playing in the mountains of their South Korean home, reminiscent of a live-action version of a Studio Ghibli film. Their idyllic life is interrupted by the arrival of Wilcox, and Gyllenhaal is so outlandish as to be intermittently terrifying. The tone of the film starts to shade darker even as more cartoonish characters are introduced; for example, Silver (Devon Bostick), one of the ALF members, is so committed to minimizing his environmental footprint that he refuses to eat almost anything and is malnourished as a result. But even as the broad comedy persists (including multiple gags involving Okja’s method of projectile defecation), OKJA proceeds inexorably to an unavoidably dark finale. To get in the ballpark of how the film progresses, imagine if HARRY AND THE HENDERSONS ended with a gruesome climax inside a Sasquatch slaughterhouse, showing every step of the process from Harry to his individual packaged parts. 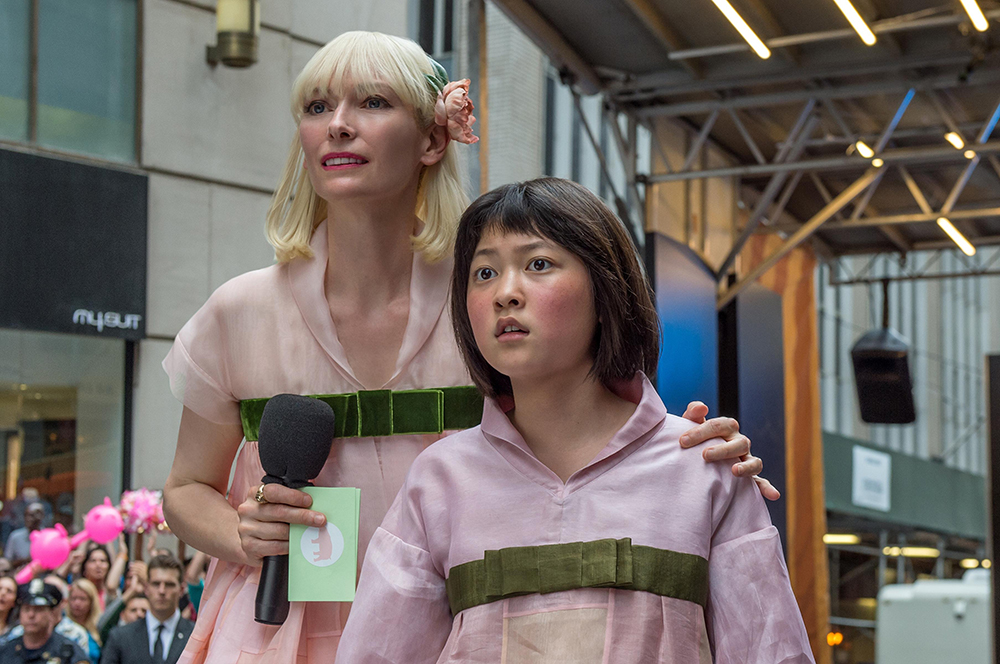 As potentially traumatic as that is, it’s also the logical endpoint of the story Bong Joon-Ho and co-writer Jon Ronson establish from the beginning of the film. As outlandish as some of the characterizations are, the action of the film is grounded in a surprising realism. The cast is fantastic, which is no surprise, and there are some breathtaking set pieces. The initial “jailbreak” sequence of the ALF freeing Okja from Mirando in Seoul is jaw-dropping, a breathlessly exciting (and very funny) chase with astonishing special effects and virtuosic camera choreography. The central relationship between Mija and Okja is deeply touching, lending the finale some serious emotional gravity and gut-wrenching tension. OKJA is a deft tightrope walk that continues Bong Joon-Ho’s streak of excellent, singular films and one of the best films of the year so far.

One final note: OKJA was recently in the crossfire of a debate regarding films debuting on streaming services (in this case Netflix) versus opening in theaters following a controversy at the 2017 Cannes Film Festival. The festival has decreed that next year films not opening in theaters will not be allowed in competition for the Palme d’Or, a move perceived to be a direct strike against Netflix’s business model. Whether or not that is an appropriate move on the festival’s part is an entirely different conversation, but it is a shame that most audiences will never have a chance to see OKJA on the big screen with an audience. It played spectacularly at its packed press screenings across the country in advance of its Netflix premiere on June 28th. Anyone who has a chance to see the film on the big screen should definitely take the opportunity and savor it.