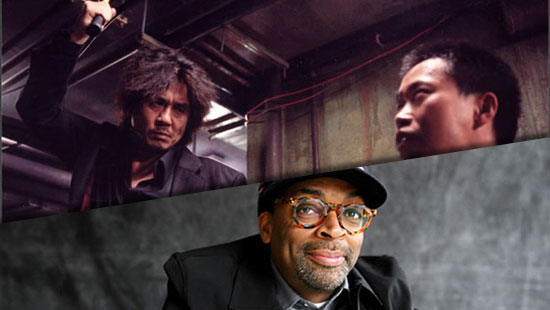 I like Spike Lee, I don’t dig everything he does, but more times than not I enjoy his product. DO THE RIGHT THING is a masterpiece, MALCOLM X came close to a masterpiece, 25th HOUR was great, but everything else is just kind of okay. I think Lee works best when he is challenging his audience and pushing them to make decisions. OLDBOY (or OLD BOY as it’s now called) could be a great vehicle for doing just that but judging by the quotes below, it is going to be sanitized for your protection. MTV had a chance to catch up with Sharlto Copley who delivered news.

“They’ve been very true to the spirit of it,” says Copley, who will play the villain Adrian Pryce. “It’s dark, it’s gritty. They’re not sort of softening it, which to me was important. And I’m very excited about that movie. I’m very excited about working with Spike and with Josh [Brolin]. I think it’s going to be a film that is really worth redoing, and make that idea that is such an unbelievable story accessible to maybe more people than it was originally.”

It’s the “accessible” comment that gets me here. He could simply mean that it will be in English and thus won’t have those pesky subtitles that Joe Blow America tends to dislike so much. However, and I think more likely, it could mean that the story is being toned down for mass consumption in which case it will be disappointing fans of the film and manga across the board. The film has no release date and no trailer but we’ll keep our eyes on this. Stay tuned.