To Get Away Clean, You Have to Play Dirty 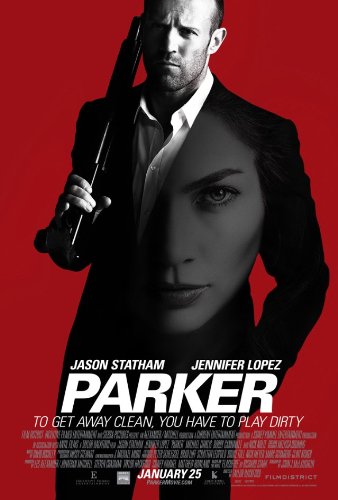 Available on Blu-ray™ and DVD with UltraViolet™ May 21st

CULVER CITY, CALIF. (March 25, 2013) – Set amidst the unparalleled wealth and glamour of Palm Beach, Jason Statham (The Mechanic, Transporter trilogy) and Jennifer Lopez (Out of Sight, Enough) team up to get their cut in the fast-paced, action film PARKER, debuting on Blu-ray™ and DVD with UltraViolet™ May 21st from Sony Pictures Home Entertainment.  Parker (Statham) is a thief who lives his life by a code of integrity. He believes that there must be order in his profession, and if that order is broken or if he’s crossed he will go to the ends of the earth to make it right and get even.  Based on the series of bestselling novels by Donald E. Westlake (under the penname of Richard Stark) and directed by Academy Award® nominee Taylor Hackford (Best Director, Ray, 2004, An Officer and a Gentleman),PARKER also stars Michael Chiklis (Fantastic Four, TV’s “The Shield”), Wendell Pierce (The Twilight Saga: Breaking Dawn – Part 2, HBO’s “The Wire”), Clifton Collins Jr. (The Boondock Saints II: All Saints Day, Star Trek), Bobby Cannavale (HBO’s “Boardwalk Empire”), Patti LuPone (TV’s “Life Goes On”), and three-time Academy Award®nominee Nick Nolte (Best Actor: The Prince of Tides, 1991, Affliction, 1997; Best Supporting Actor, Warrior, 2011).

Blu-ray and DVD bonus materials include commentary by Director Taylor Hackford and two featurettes. “Bringing the Hunter to Life: The Making of Parker” gives viewers a behind-the-scenes look at the making of the film, and Parker’s character and the film are introduced in “Who is Parker?”

Blu-ray exclusive material includes “The Origin of Parker,” exploring the mind of the character Parker from the novels and showing how filmmakers brought him to life in the film, as well as “Broken Necks and Bloody Knuckles,” in which Statham and the stuntmen walk through the fight choreography in the film.

Parker (Jason Statham) is a professional thief who lives by a personal code of ethics: Don’t steal from people who can’t afford it and don’t hurt people who don’t deserve it. But on his latest heist, his crew double crosses him, steals his stash, and leaves him for dead. Determined to make sure they regret it, Parker tracks them to Palm Beach, playground of the rich and famous, where the crew is planning their biggest heist ever. Donning the disguise of a rich Texan, Parker takes on an unlikely partner, Leslie (Jennifer Lopez), a savvy insider, who’s short on cash, but big on looks, smarts and ambition. Together, they devise a plan to hijack the score, take everyone down and get away clean.

PARKER has a running time of approximately 118 minutes and is rated R for strong violence, language throughout and brief sexual content/nudity.

Blu-ray and DVD Bonus Materials Include:

o   “Bringing the Hunter to Life: The Making of Parker”