Home  ⁄  The Wire  ⁄  PATRICK LIVES AGAIN: TALKING TO ‘PATRICK’ AND ‘NOT QUITE HOLLYWOOD’ DIRECTOR MARK HARTLEY 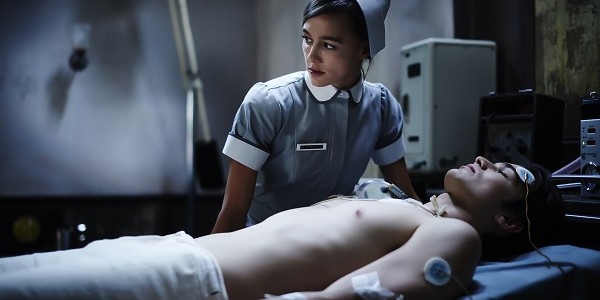 Having cut his teeth on directing short documentaries on various corners of film history, Mark Hartley burst into the genre film fan spotlight a few years back with his fantastic documentary NOT QUITE HOLLYWOOD: THE WILD, UNTOLD STORY OF OZPLOITATION!, a look at the world of Australian exploitation films that caused a renewed interest in the spendid trash from down under.  His follow-up feature MACHETE MAIDENS UNLEASHED solidified him as a new master of the genre film documentary, a title he continues with his latest project, ELECTRIC BOOGALOO: THE WILD, UNTOLD STORY OF CANNON FILMS.

In between the latter two films, however, he directed PATRICK, a remake of Richard Franklin’s 1978 film about a young man in a coma whose telekenetic powers create chaos in the hospital in which he resides.  The remake, starring Charles Dance, Rachel Griffiths, Sharni Vinson and Jackson Gallagher in the title bedridden role, is a solid gothic thriller that should please any horror fan regardless of whether or not they’re a fan of the original.  PATRICK opens this Friday in select theaters, and we had a chance to talk with Hartley about the film and his upcoming project.

DAILY GRINDHOUSE (DG): What did you find so compelling about the original PATRICK?

MARK HARTLEY (MH): I saw PATRICK when I was a kid, and I just liked the whole central premise of the idea.  That he was this guy with these big telekinetic powers that could possibly control supercomputers if he wanted to, but all he really wanted to do was to get the nurse to fall in love with him.  It seems like a great idea that could be — I’m not saying updated, because we probably made it more retro than the original was — but it was a film I thought could find a new audience, and the producer thought so too, so we just sort of launched into it.  We were lucky.

DG: What were your thoughts on bringing a gothic quality to a modern audience?  Have the audiences that have seen the film responded well to that?

MH: I think people have no idea what they’re in for, because no one’s used to seeing those films made anymore.  We set out trying to make a gothic chiller from the outset, and I think it kind of confused a people because the iPhones turn up a half an hour in and they suddenly realize it’s a contemporary film!  But I kind of like that misleading nature of it.  It’s a very strange beast because it’s very old-fashioned, and certainly Pino [Donaggio]’s score announces that from frame one, and some people really like it because it’s a throwback, and other people have never seen a film like that, so it’s a bit strange to get used to.  I think that some people also think that it’s unintentional, but I’ll tell you, everything in that film is intentional. 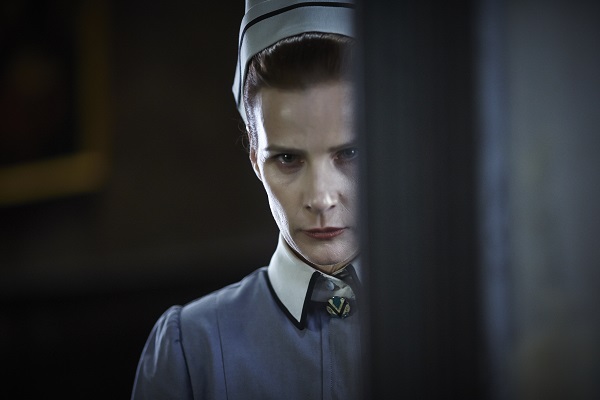 DG: Did you history of researching genre films helped when it came to directing?

MH: Not really.  I think my love of genre films helped more than anything else. I grew up with watching and loving all the Argento and DePalma films and thought that was kind of the throwback we wanted to make.  The director of the original PATRICK was a gentleman called Richard Franklin who was one of Hitchcock’s protegees, and I thought instead of making a Hitchcock film, let’s make a film that pays homage to Hitchcock’s protegees like Richard, and like DePalma, and like Argento, so that was more the focus of where we wanted it to be, and the subject matter seemed quite suitable for that.

DG:  You mentioned DePalma and the Donaggio score — how did he get involved?

MH:  The whole production of the film I was listening to Donaggio, and I think the producer said if we could get anyone to do the score, we could get Pino.  I we just kept putting off getting a composer.  And in the back of my mind, I was thinking of people like Larry Cohen, who had contacted Bernard Hermann to get him to score IT’S ALIVE, and I thought if we could do the same with Donaggio, he might like the film, he might like the subject matter.  Who knows what could happen?  And we just got really lucky that he asked to see a rough cut and he liked it very much and said yes.  I temped the film with Donaggio music.  Normally when you temp a film, the score you get back is never as good as the music that you temp it with, but in this case, the score just blew me away.  I just loved it.  It totally announces the film’s sensibility from frame one, and I hope to get the opportunity to make another film and to work with Pino again.

DG:  It works very well with the film, especially in the jump sequences.

MH:  Some people have said that the score was overbearing, but I think they’re just not used to those kinds of old-fashioned scores.  They’re used to non-stop drum beats now being what people’s idea of a film score is.  It announces everything that’s on screen, but I think that’s what’s good about it. 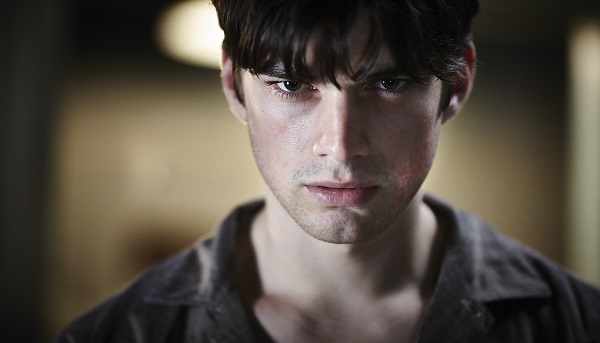 DG: On a different track, how do you go about directing someone who spends most of the movie in a coma?

MH:  You make sure that he doesn’t blink. [laughs] Jackson [Gallagher] is a very lovely guy, and thankfully he does get out of the bed a little bit in a few flashbacks.  But all the stuff of him getting electrocuted, his pulsating and his reaction to the electroshock therapy, that’s all Jackson doing all of that, not post-production trickery.  He really threw himself into the role.  It’s very hard to lie there and be intense for as long as he had to be in that film.   Every so often, an actress would lean across from him and he’d jump up and strangle her and totally freaked her out on set, and that one never got old.  He’s a very good guy to work with, and certainly he’s a very different Patrick from the original film.

DG:  How did you go about casting it?  Because, not to be rude about it, but he’s a much more attractive —

MH:  The guy in the first film is a bug-eyed freak!  Be as rude as you like.  Michael Thompson in the first film… he basically looks like a bug-eyed freak.  The writer and I could never understand why Kathy in the first film would ever be attracted to him, and we wanted someone in this film who was — we kept using the reference of John Phillip Law in BARBARELLA. Someone so beautiful, almost like a wax effigy.  And Jackson turned up and he was obviously good looking, but he also had something going on behind the eyes which was a little bit creepy and intense, and that’s what we liked about him. 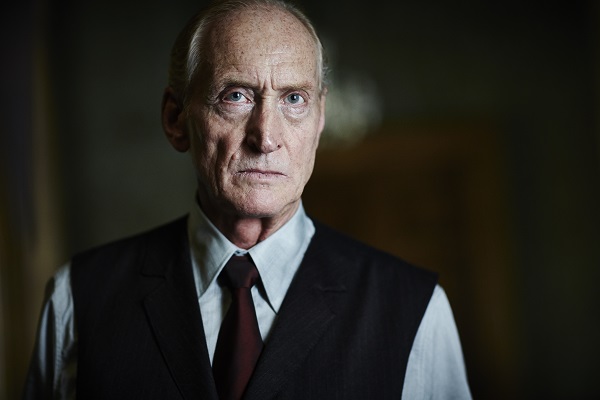 DG:  How did Charles Dance feel about playing such an enjoyably creepy character?

MH:  Charles just liked the script.  We’d actually overwritten the script, it was much more verbose than most screenplays are because we wanted to attract a couple of prestige actors.  And we wanted people to think this was a smart dumb movie as opposed to a dumb dumb movie?  And Charles really liked the script and he liked the idea of coming to Australia, and he just liked the character.  So I went over to England and met with him, and he’s very charming.  He was just an absolute delight to work with.  This was a very compact shoot, and we didn’t have a lot of time for takes, and he would just nail it.  I said to him that it’s just amazing that you bring this slightly clunky dialogue on the page to life.  He was just great to work with, a really lovely guy.  The crew and the rest of the cast just really loved him.

DG:  I like that there’s this undercurrent of humor to his character, talking about coma patients just produce farts and this sort of juvenile bawdiness.

MH:  Yeah, there’s a fair amount of black humor in the film that some people get and some people don’t.  We wanted to have tones of light and shade in it rather than it just being… I think the last hour steps up a notch, and that’s pretty intense, but until then, we wanted it to be a little bit frothy here and there. 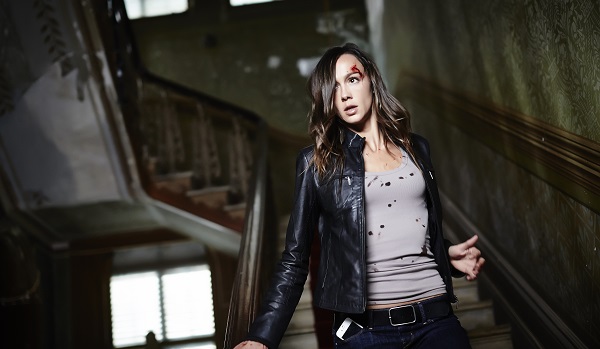 DG:  Can you talk a little bit about the Golan-Globus documentary, ELECTRIC BOOGALOO: THE WILD, UNTOLD STORY OF CANNON FILMS?

MH:  I just came back yesterday from the first leg of the shoot.  We’ve shot about 89 people over the last four weeks, and we’re going back in about six weeks to pick up the rest.  But hopefully it’ll be a lot of fun, and I think it’s a lot more insightful than the other two documentaries.  Hopefully it’s more character-based, but still has a lot of crazy things from the hundreds of movies that Cannon made.

DG:  Unlike the previous two which were more generalized, doing a documentary on just the Cannon films seems a bit more focused – does that help in terms of the narrative?

MH:  Well, it’s not like Cannon only made one type of film, their output was so diverse.  They worked with so many different filmmakers.  So it’s pretty all-encompassing as well.  So hopefully it’ll be the definitive Cannon story!

Watch for PATRICK in theaters this weekend and keep up with the progress of ELECTRIC BOOGALOO via their Facebook page here!