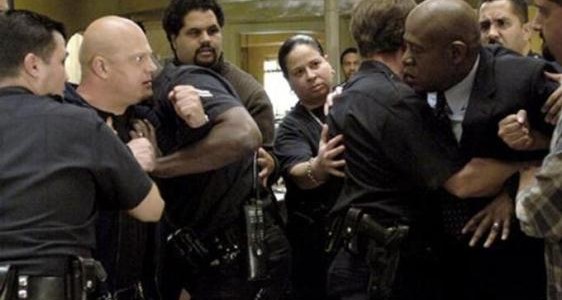 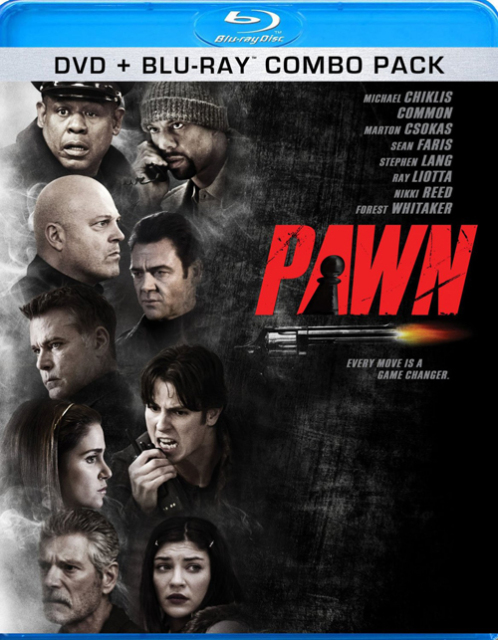 BEVERLY HILLS, CA – Anchor Bay Entertainment announces the April 23rd Blu-ray™/DVD combo and DVD release of Pawn. An all-night diner. A cop walks in on a robbery in progress.  But what happens next – and what happened just before – will change everything you think you know. The building is now surrounded. There are restless fingers on every trigger. And one very intense hostage situation is about to take some extremely shocking twists.

Produced by Michael Becker of Imprint Entertainment, Michael Chiklis of Extravaganza Entertainment, Brad Luff of Storyville Productions and Jeff Most of Most Films and featuring the directorial debut of renowned cinematographer David A. Armstrong (the Saw films), Pawn is a deadly game where everyone is expendable. SRP is $29.99 for the Blu-ray™/DVD combo and $24.98 for the DVD, with pre-book on March 27th. Pawn will also have an exclusive theatrical engagement starting April 19th.

The bonus feature on the Pawn Blu-ray™/DVD combo and DVD includes a behind-the-scenes featurette.

Academy Award is a registered trademark and service mark of the Academy of Motion Pictures Arts and Sciences.