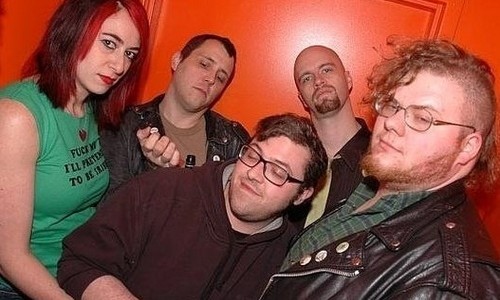 Horror movies and punk rock just seem to go hand in hand like rockabilly and tiki culture, pumpkin spice lattes and infinity scarves, and BDSM and the Ren Fest. The Ramones loved ‘50s sci-fi are featured in numerous Stephen King stories; The Misfits arguably kicked started the trend of “horror punk.” Early KISS records even have a 3-chord, sleaze punk vibe to them; rock ‘n’ roll played by comic book monsters come to life. HOTLIPS MESSIAH is punk band that has been playing around Chicago for twenty years with numerous variations on the line up. The once constant is bass player Rich Dolejs (full disclosure, Dolejs plays bass with myself and fellow DAILY GRINDHOUSE scribe Germ T. Ripper in MODERN DAY RIPPERS) who penned an ode to his favorite horror franchise, PHANTASM.

“Horror movies have always been a passion of mine,” explains Dolejs. HOT LIPS MESSIAH’s songs contain lots of existential horror and sci-fi in the lyrics. “I like the sci-fi aspect because you can use it to create great metaphors for the human condition.”

Dolejs formed HOTLIPS while he was ill on college break. “I was bored, so I picked up my dad’s acoustic guitar—which he never played once—and I wrote a couple of songs.” Once the songs were in place, Dolejs started a band in true punk rock fashion. 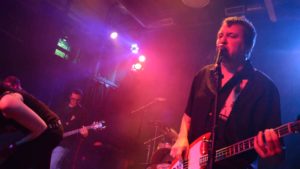 “I rounded up some other like-minded, non musicians who couldn’t play a note and one guy who could play anything.”

“Phantasm” is part of Dolejs’ trilogy of songs based on specific horror films—including “House By The Cemetery” and “Don’t Go In The House.”

“I originally wrote what became the intro and the chorus over a decade ago,” reveals Dolejs.

“I was singing lead for the band (before current singer Traci Trouble came into the fold). I took out the old lyrics and re-wrote a bunch of music for it. I didn’t write the lyrics for the verse until the day we went into the studio which was about three days later. It was very stream of (un) consciousness.”

“There is a very silly line about “my hair is from the seventies” that I was going to try to change,” explains Dolejs. “I couldn’t come up with anything else. Everyone in the band thought it was appropriate and funny.”

“I wanted to do something festive for Halloween shows and PHANTASM is one of the scariest and most original horror movies of all time. I always enjoy that the movies end with the characters in a fucked situation and then begin anew with them in that exact same spot. Its very exciting screenwriting.” 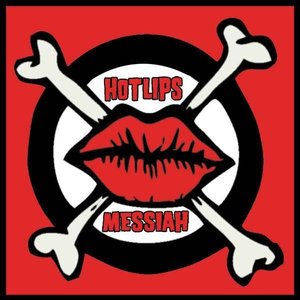