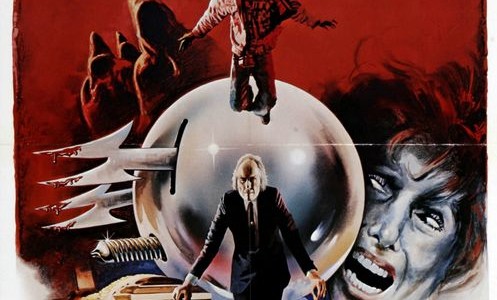 Comedian Albert Brooks once compared mainstream movies to films of the 1960s, noting that audiences would come out of 2001: A SPACE ODYSSEY and argue about the significance of the black monolith, but no one sees a movie about a 12-year-old kid pitching for a baseball team and debates its meaning. Brooks’ joke can be applied to recent horror films. Sure, some have subtext (10 CLOVERFIELD LANE) or political topicality (THE PURGE: ELECTION YEAR) but there aren’t a lot of modern horror movies that invite wild interpretation. 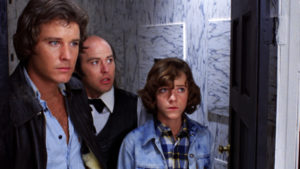 34 years after its release, John Carpenter’s THE THING is still being debated and Stanley Kubrick’s 1980 adaptation of THE SHINING continues to spark discussions. One of the more challenging wild-rides of horror is Don Coscarelli’s 1979 cult-classic, PHANTASM. At once lyrical and lurid, PHANTASM most closely resembles Italian horror movies, with its moody music, dramatic lighting and dream-like atmosphere. PHANTASM can be aggravating when you try to make sense of the story. There are so many unanswered questions:

Perhaps it’s fitting that PHANTASM is so elusive. Because at its core the movie is grappling with the most unsettling unanswered question: what happens after you die? This real-life mystery fuels the movie’s sense of dread. 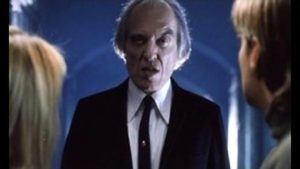 In PHANTASM II The Tall Man intones, “You think when you die you go to Heaven? You come to us.” This frightening bit of dialogue was cut from the first film, but fortunately it resurfaced in the sequel. Regardless of which film uses the line, its power comes from the uncomfortable truth that we will never know where we go when we die. Even more frustrating than trying to make sense of the first PHANTASM is tracking the continuity through the sequels. With each installment Coscarelli answers some questions, only to unearth a new set of bafflements. PHANTASM gets away with so many unanswered questions by mixing reality with dream sequences – and the film follows a dream-logic. 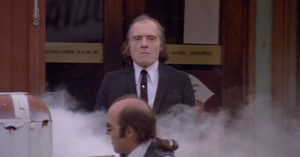 When director Henry Jaglom was making his first feature, the camera crew criticized his avante-garde style, saying the shots wouldn’t cut together. Orson Welles advised Jaglom, “Tell them it’s a dream sequence.” Once Jaglom told them this white lie, the crew got on board with his art film. It made sense to the crew that dreams would be unreal and creative. The same applies to PHANTASM’s inner-logic.

One of the best examples is when Mike crosses through the Spacegate and comes out with this fantastical conclusion:

“Slaves. They’re using them for slaves. And they gotta crush them ‘cause of the gravity. And the heat. And this is the door to their planet.”

However, there’s something wonderful about a movie that just plows through those moments. It’s like Coscarelli is telling the audience, “No time to explain — there’s a flying silver ball just around the corner and it’ll drill into your head if we don’t keep moving.”

There’s no tidy epilogue at the end of PHANTASM, no narrator over-explaining what you just saw. It’s a bold piece of filmmaking and the movie is much more memorable because viewers are left to analyze what happened, like they just woke up from a weird, disturbing dream.

Ultimately, the bizarre nightmare logic and unanswered questions are what qualify PHANTASM as an art movie. Spanish filmmaker Jess Franco set out to combine art-house and grindhouse, but his films rarely live up to that promise. (No one wanted to like OASIS OF THE ZOMBIES more than me, but that movie is a slog!) With PHANTASM, Don Coscarelli succesfully blends art-house and grindhouse, much the way he blurs nightmares with reality. And that’s why horror fans shouldn’t be surprised that PHANTASM is being re-released as part of “Art House Theater Day” (Click here for a list of cities showing PHANTASM: REMASTERED on September 24th)

And while some “phans” are hoping the final PHANTASM movie ties-up all the loose ends, I hope Coscarelli leaves some questions unanswered, so we can continue discussing his movies. Not only is Don Coscarelli an artist, he gives the audience enough credit to engage with his film as art.