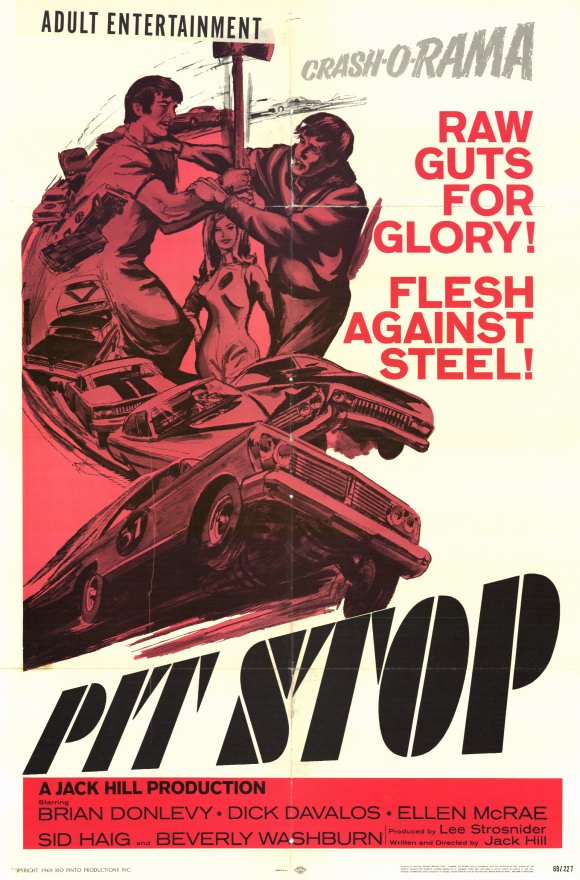 HAWK: You gotta be dingy… I am the dingiest there is.

Before COFFY and his other classics, Jack Hill pounded out two flicks that both got shelved for a number of years. When they were finally released they were criticized for being too dated. Too bad, both SPIDER BABY and PIT STOP are some of Jack Hill’s best films. Hill staple Sid Haig is in both and he’s all kinds of badass in this as Hawk (Dick Davalos ain’t bad either). Buckle up Bastards. This flick is fast, tough, and full of crashes and mayhem.