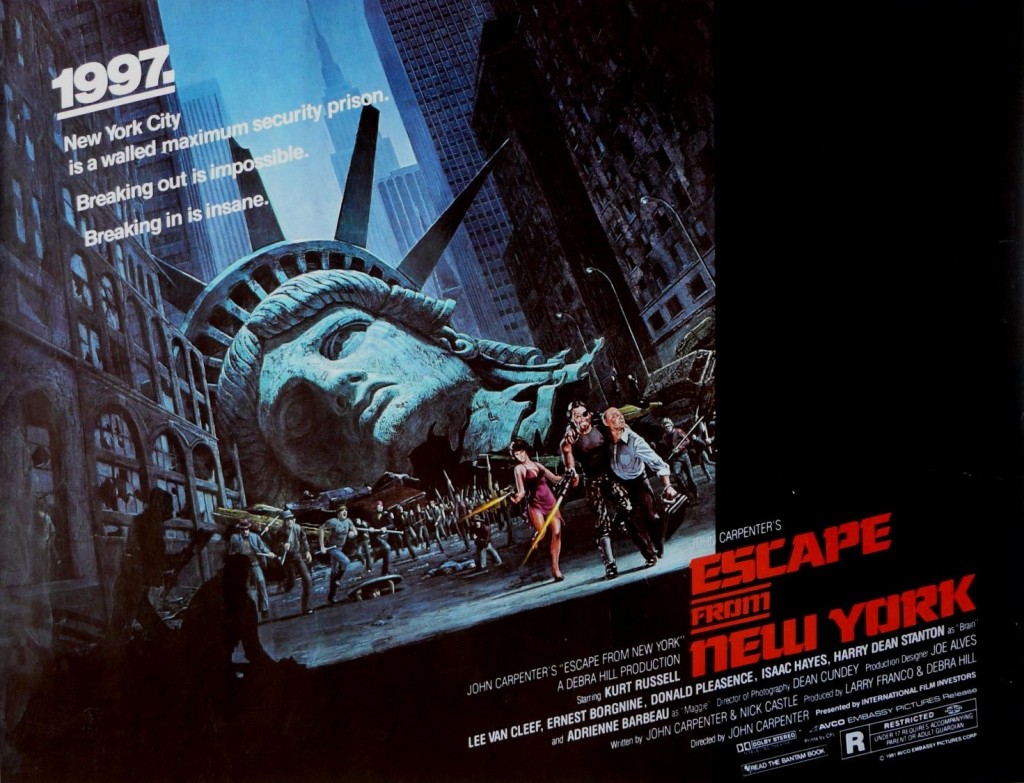 That’s “shequel”, not “sequel.”  I didn’t suddenly develop a speech impediment.  There’s a method to this madness. Hang in with me a moment, if you’d be so kind.

After BIG TROUBLE IN LITTLE CHINA, the next John Carpenter movie I fell in love with was ESCAPE FROM NEW YORK.  It’s a high point in a resume full of them.  Even as a kid, I latched onto the campiness of the film even as I was thrilled by the suspense and the occasional horror of it (there are a couple jump-scares lifted straight out of Carpenter’s own HALLOWEEN.)  I imagine the movie has a slightly different feeling for those of us who grew up in and around New York, as I did, than for those who didn’t.  John Carpenter is a master fantasy filmmaker, but he also grew up in Kentucky.

This movie, set in the even-then-not-too-distant 1997, is a midwesterner’s nightmare vision of New York City.  This is what many people thought New York was really like!  Especially back in 1981, long before Giuliani martial law and the eventual Disney-fication of the city.  My guess is that, with the sharp cultural divide splitting our country in the middle today, there are still some today who wonder if New York (and Los Angeles, as in Carpenter’s 1996 sequel) are just a little like this after all.  It makes me wonder if maybe Carpenter was up to some cultural lampooning even in the first movie, which most fans take more seriously than ESCAPE FROM L.A., which is more obviously comical. 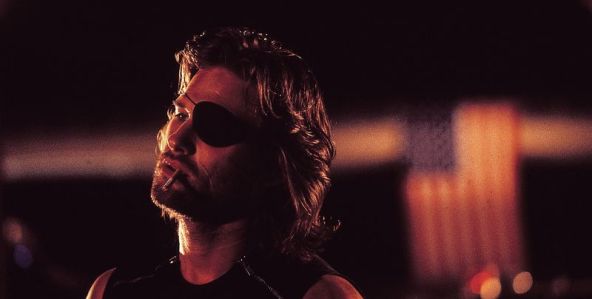 Seems to me it was canny casting on Carpenter’s part to put blaxploitation icon Isaac Hayes in the intimidating role of the Duke Of New York, the alpha-inmate on the prison island of Manhattan.  He had Lee Van Cleef around, he could just as have easily put him (or another Caucasian villain type) in the role.  Instead, Carpenter cast a guy who’s more imposing to White America.  He’s capitalizing on the biases and foolish fears of the American audience.  Notice how so many of the other inmates look like members of the 1980s punk subculture.  If there’s anything that scares America as much as black guys, it’s punk kids. 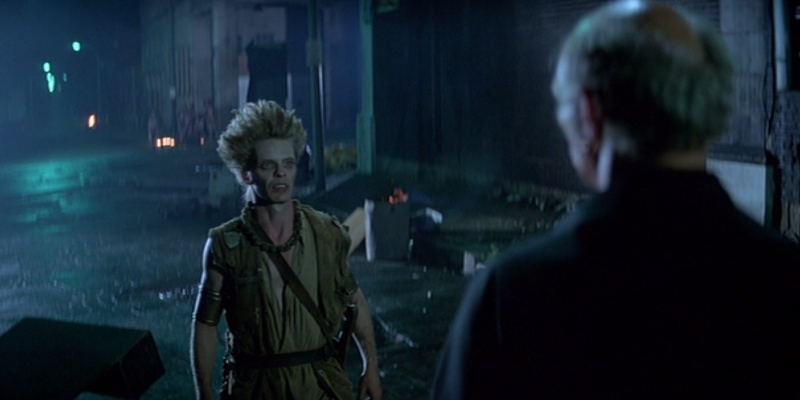 And if there’s anything that scares America as much as black guys and punk kids, it’s strong women.  That’s never been a problem in a Carpenter film, but it’s very much a problem in most genre films today.  Which is why, every time some creatively-bankrupt Hollywood producer threatens to remake ESCAPE FROM NEW YORK (because all those other Carpenter remakes showed us that remaking a sui generis filmmaker always works out so great), I like to throw up the alternative idea of making it a gender-flip, or a she-quel.  A “she-boot”, if you will.  What are you going to do, make us all sit through a paint-by-numbers do-over of a movie we’ve all seen a hundred times already with a lead actor we like a lot less?  Or would you like to try something a lot more interesting for once?

I know it’ll never happen, but that won’t stop me from casting an all-female ESCAPE FROM NEW YORK.  Enjoy!  And feel free to argue!  (And if you’d like some more serious looks at John Carpenter films, check out my Daily Grindhouse reviews of ASSAULT ON PRECINCT 13, HALLOWEEN, and BIG TROUBLE IN LITTLE CHINA.)

Will Be:  Mary Elizabeth Winstead.

Why:  Because even though 2011’s remake of THE THING was near-total garbage, the one thing that made it nearly total, and not totally total, was Mary Elizabeth Winstead, who plays the role of a savvy, steely survivor better than most anyone nowadays, whether they be male or female.  So I’m perfectly fine with her playing the lead in every JC remake from here on out.

Will Be:  Pam Grier. 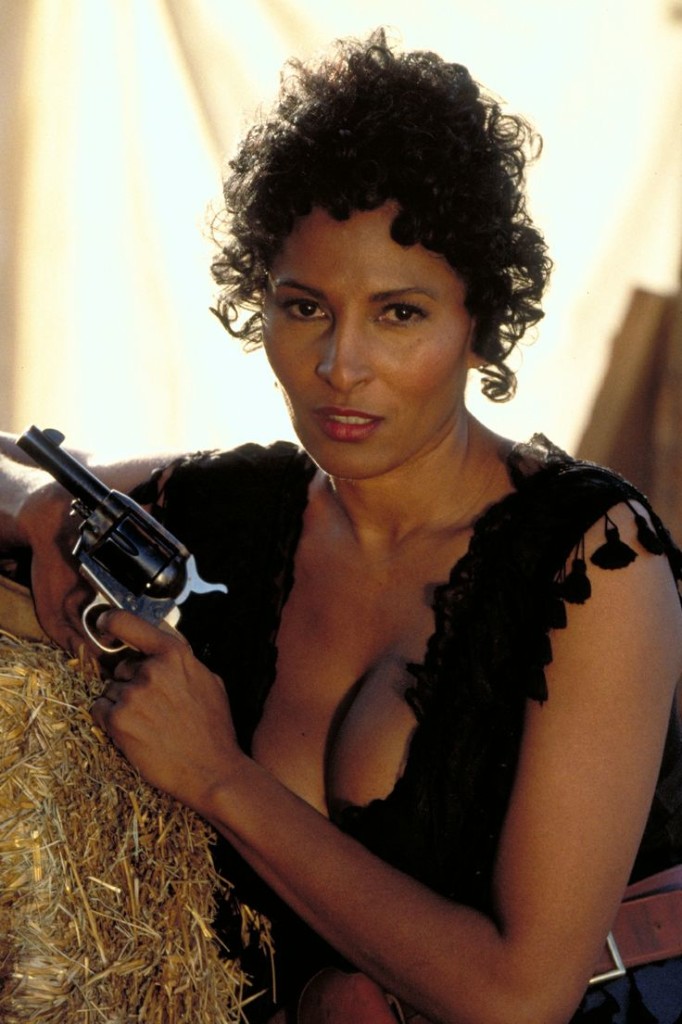 Why:  The original casting of Lee Van Cleef was very much coded:  Iconic villain plays mentor/adversary to new-generation action star, one who, not coincidentally, says his lines in a whisper and a squint.  If we need a badass older actor to give a badass younger actor a hard time, and we’re casting only women, there’s only a single logical choice. Sure, she appeared as Hershe Las Palmas in ESCAPE FROM L.A., but she was almost unrecognizable, her voice was dubbed, and this is a “she”quel, so clean slate. 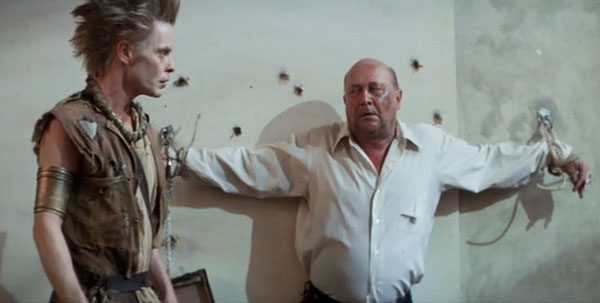 Will Be:  Dame Judi Dench. 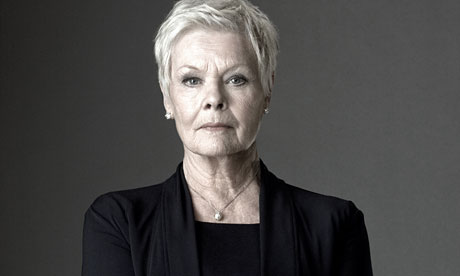 Why:  In the original, a distinguished British actor played the future President of the United States Of America, because why not really?  So the same criteria is henceforth applied in this case. 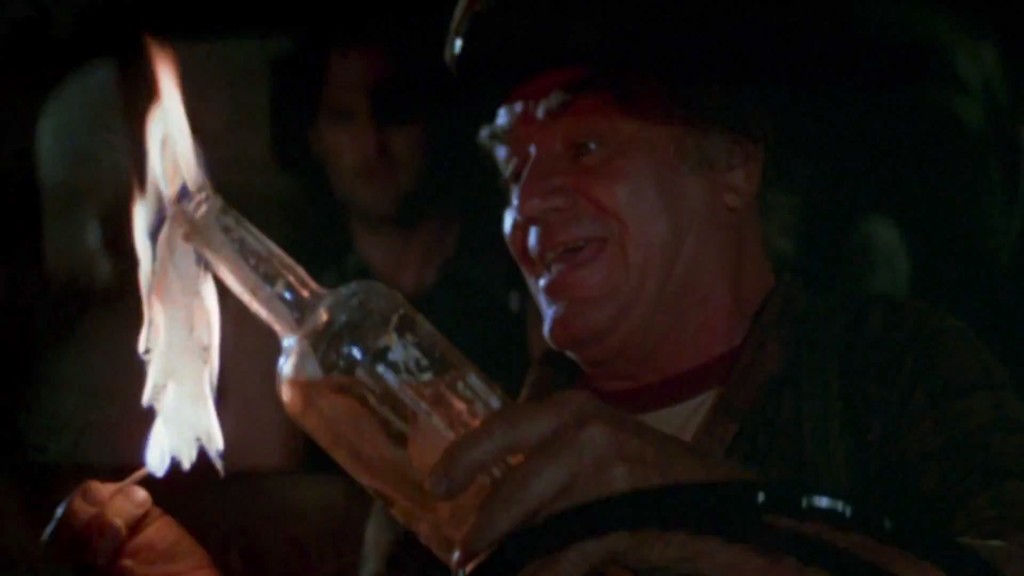 Will Be: Ellen Barkin. Why:  Snake Plissken’s guide to the mean streets of Manhattan Island was originally a veteran actor of Northeastern origins who could toggle between tough and sweet with ease, so again, using those criteria, the choice was apparent.

Will Be: Rosario Dawson. 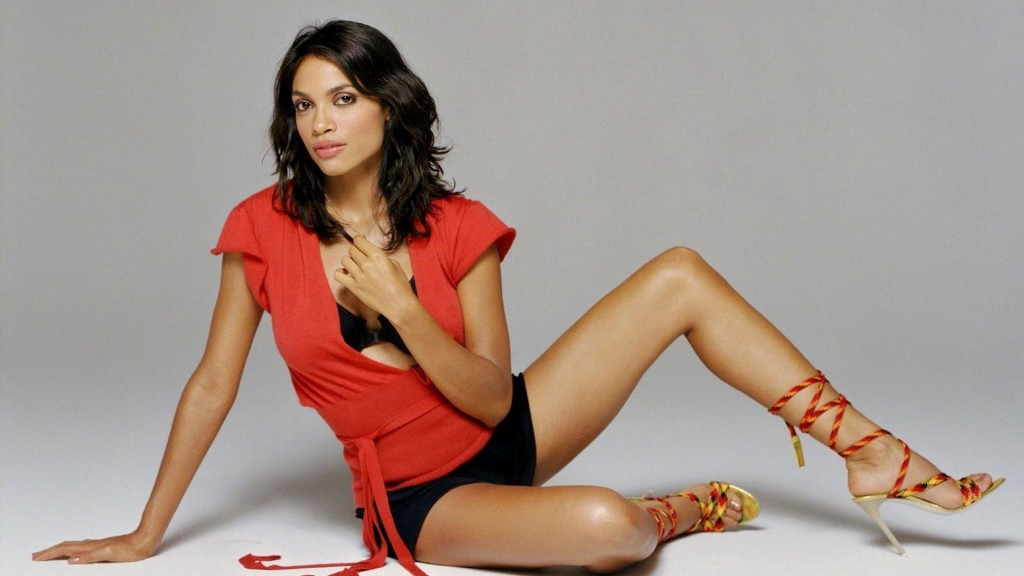 Why:  Smart and sexy, just like Harry Dean Stanton. 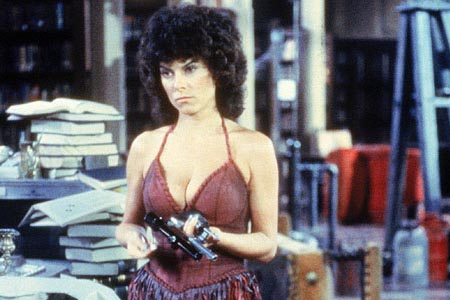 Will Be: Michael Fassbender. 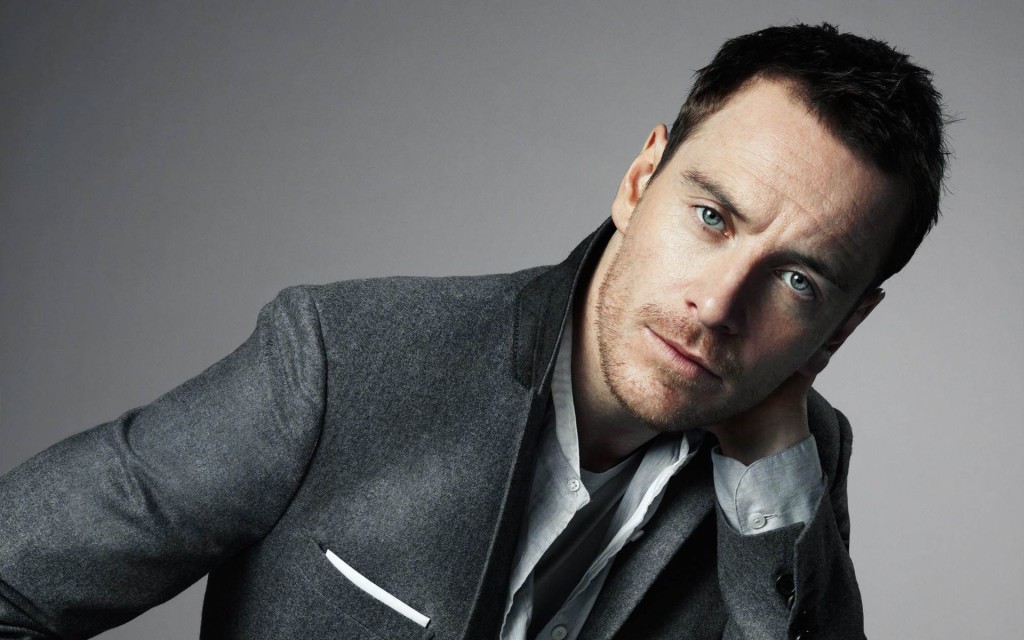 Why:  If all the gender roles are reversed, then one of the rare female characters in the original should be one of the few males in the she-quel.  Hence this.  It could be any guy really, but this just feels right. 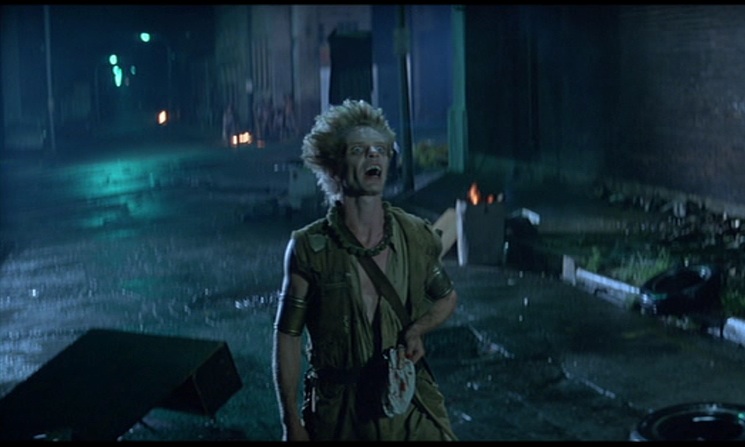 Will Be: Courtney Love. 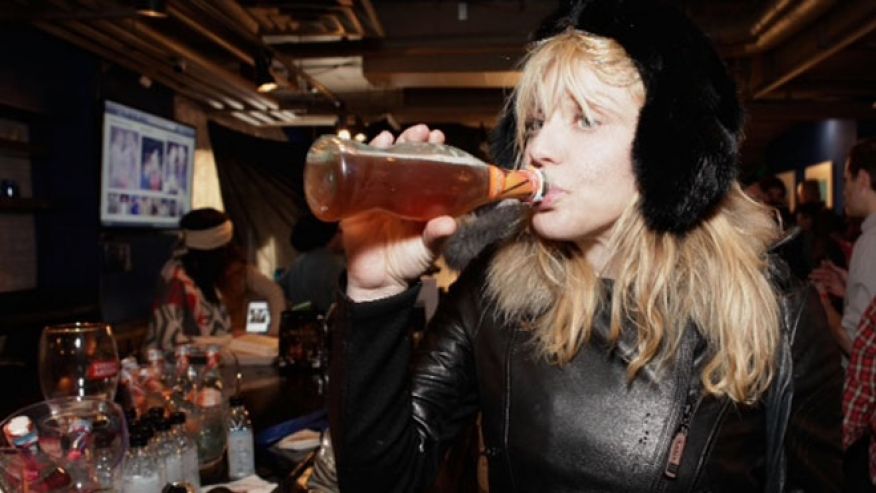 Why:  Scariest and blondest character in the original. This was a no-brainer. 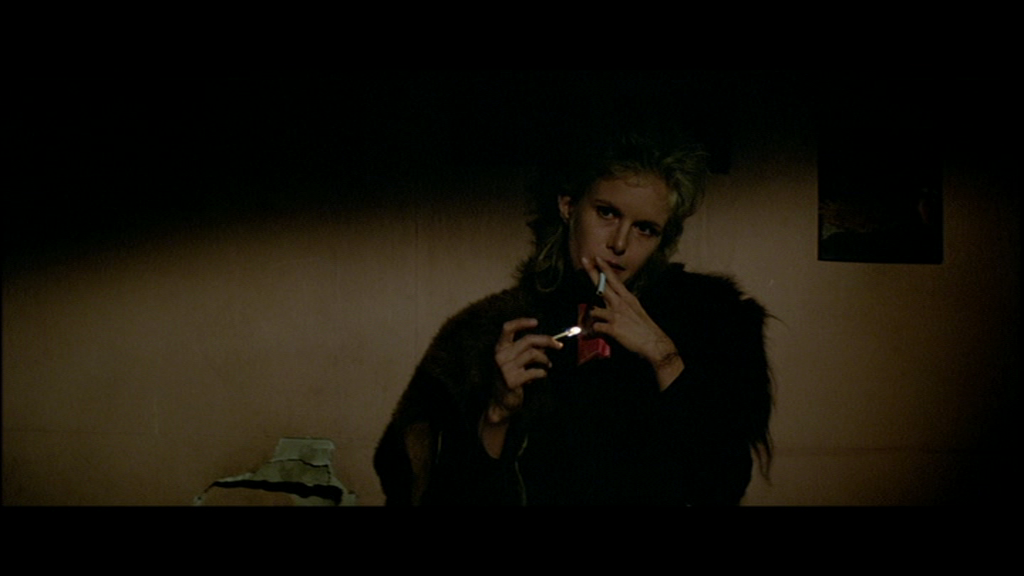 THE GIRL IN THE CHOCK FULL O’NUTS

Will Be: Amber Heard. 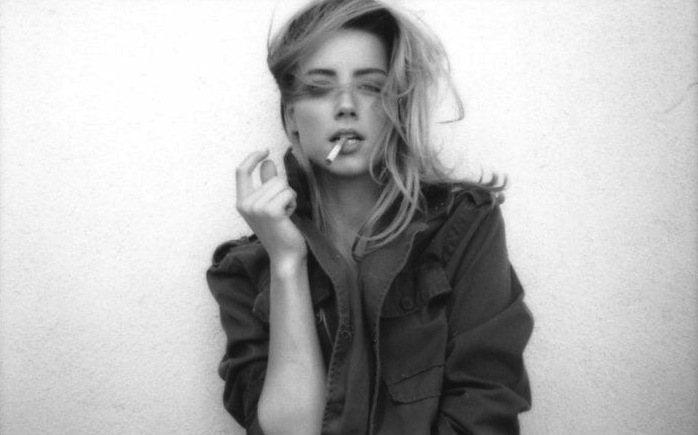 Why:  “The Girl In The Chock Full O’Nuts” is that young lady who Snake briefly flirts with, before she is pulled through the floor by deranged prisoners.  If gender is no object anymore, than I may as well go with my favorite alum of the most recent John Carpenter film (THE WARD).

THE DUKE OF NEW YORK

Will Be: Jean Grae. 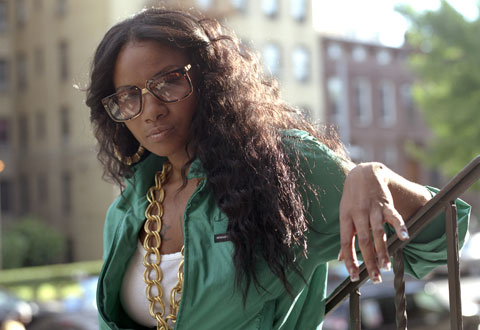 Why:  Because the villain of the original film was a great musician, let’s maintain that tradition and cast super-rad hip-hop artist (and native New Yorker) Jean Grae in the role of Snake’s primary opponent. 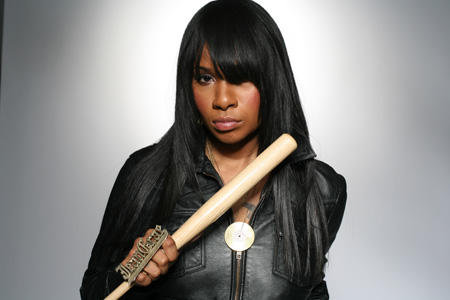 I came up with the idea on a hunch, then I found the above picture and became convinced Jean Greasy could crush this part.  Honestly this entire exercise is doing nothing but making me pissed I can’t actually get this version of this movie made. 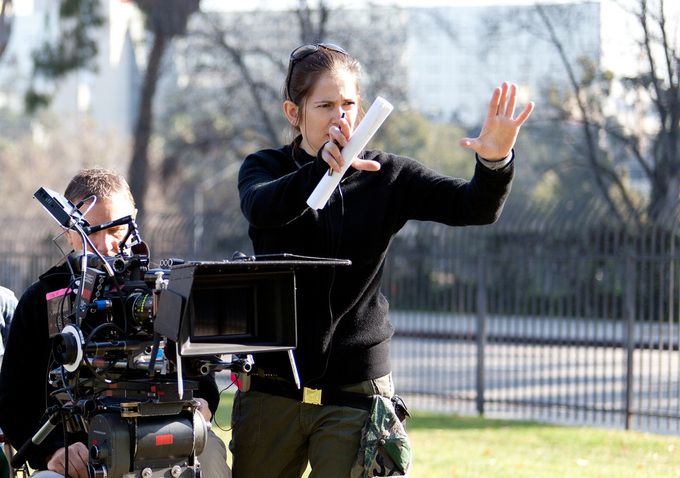 In case you’re wondering, the director would be Lexi Alexander, who last made PUNISHER: WAR ZONE.  It would probably film in Canada but it would still be fucking fantastic.  So if you like this idea, write your congressman.

ESCAPE FROM NEW YORK is playing this week at the IFC CENTER. 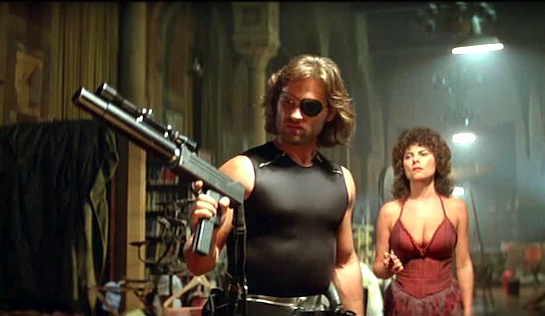