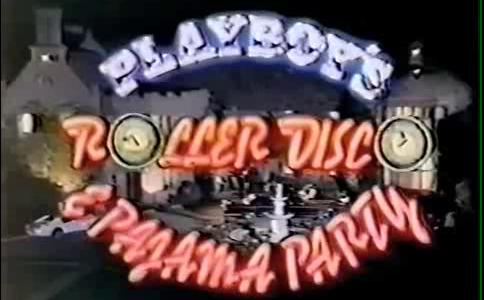 “Hugh Hefner invites you to Playboy’s Roller Disco and Pajama Party!  With your host, Richard Dawson!  And guest stars The Village People!  Chuck Mangione and the Chuck Mangione Quartet!  Wayland and Madam!  And special surprise celebrities!”  Said celebrities are depicted by a shot of James Caan carrying a dog away from a bikini-clad blonde woman.

It sounds like something out of a fever dream “Saturday Night Live” sketch that doesn’t even conceptually hold together.  And yet, it’s a real, actual thing that aired on a real network, ABC, in prime time.   It’s further proof, if you needed any, that the ‘70s were a decade where you could get just about anything on television, as long as it had some sex appeal. 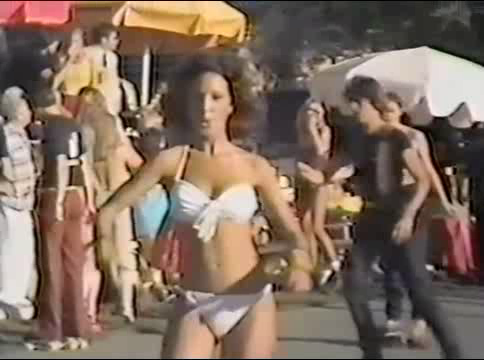 “Playboy’s Roller Disco and Pajama Party” was broadcast on the Friday after Thanksgiving to little notice outside of a few lonely single men in 1979. (They may have been disappointed to learn that the special is free of nudity.)  Airing four months after the historic Disco Demolition Night at Comiskey Park, at first there’s nothing about “Playboy’s Roller Disco and Pajama Party” that makes sense.  The idea of Playboy airing content on a major network isn’t that unusual – “Playboy After Dark,” essentially a weekly televised “party” at Hef’s place aired on NBC in 1969 – but the show itself was something else.  Disco was on its’ way out, and the guest stars attached don’t seem to quite fit the target audience of the Playboy name.

But this was a moment in time when someone thought what the Playboy audience wanted to see was an aged black lady puppet feeling up the leatherman from Village People.  When audiences would be content with several minutes in a row of, essentially, footage of women in bikinis roller skating around a tennis court.  When amiable sleaze and nonsense ruled the airwaves. 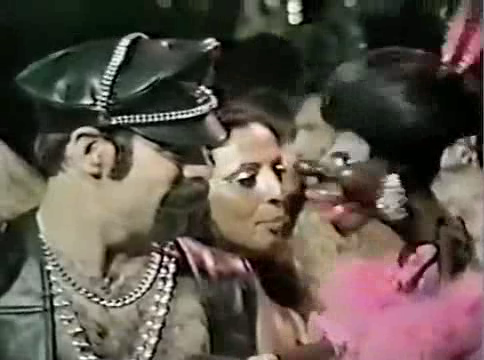 Not much happens during the hour-long running time of “Playboy’s Roller Disco and Pajama Party” that’s not already obvious from the title.  Our host, Richard Dawson, starts off by introducing the mansion and cracking the best of MILDLY BAWDY JOKES III (“An incredibly well-built house.  It seems everything around here is well built!”), and then we get a bunch of women in bikinis (among them Dorothy Stratten, whom Dawson obsesses over) hanging around a pool as Hugh Hefner looks on and Chuck Mangione and his band plays.  Wayland Flowers and Madam crack wise.  A squirrel runs up James Caan.

After the band quits playing, we get an endless stream of disco hits, imploring the leering audience to “Ring My Bell,” “Come to Me,” and promise that they’re “Makin’ It.”  We get clips from Hef’s birthday celebration, featuring cheerleaders and the San Diego Chicken.  Footage of a charity tennis match at the mansion featuring Bill Cosby (with a huge stogie) playing against Cheryl Tiegs follows. 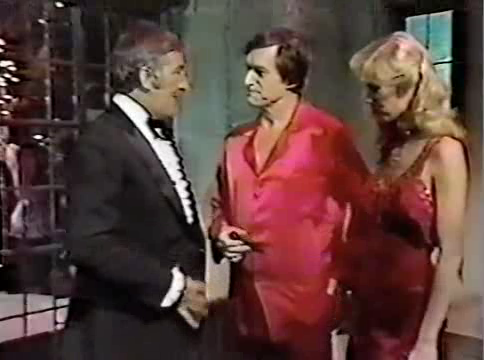 Then we move to the roller disco action, as more disco hits play over footage of attractive ladies in skimpy outfits.   (When a song slows down, the editing moves to slo-mo, giving us a better idea as to the bounciness of the subjects.)  It’s like watching a well-edited B-roll of footage shot at a party you wish you were at, while the host of “Family Feud” won’t shut up about what a great time he had. 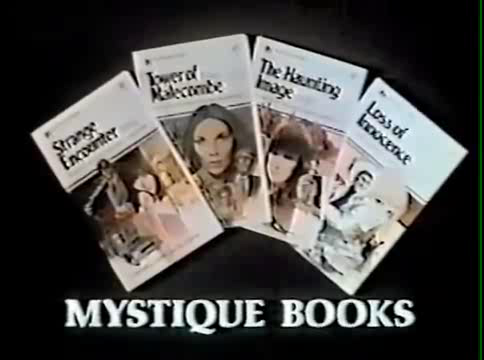 (As sexy as all of these temptations are, none compare to the ad for an episode of “Fantasy Island” featuring Adrienne Barbeau and Fred Williamson!  Even better is the brief spot for the TV movie “When She Was Bad” with Cheryl Ladd, Robert Urich and Eileen Brennan.  It all looks ridiculous, and I want to see every second.)

Occasionally, we get the occasional cutaways to celebrities just hanging out and enjoying themselves, or at least making the attempt.  Marjoe Gortner and Robert Culp look to be having a good time, as does Patty Hearst, though having just been released from prison, she was probably just happy to be able to choose her own outfit.  Jim Brown appears exasperated by the antics of Wayland Flowers, who tries to get the NFL star to converse with his sassy black lady puppet Jiffy.  Jiffy gets a much better reaction out of Village People leatherman Glenn Hughes, whose exchange is detailed in the fourth paragraph and really doesn’t need to be relived. 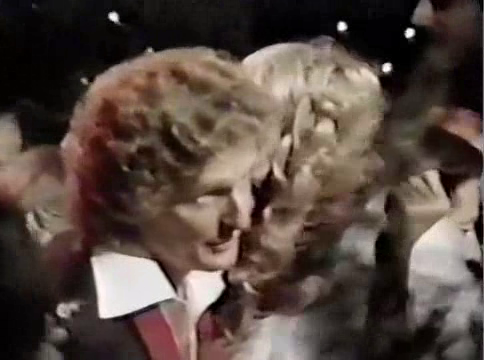 After another commercial break, we get to the pajama party portion of the evening, featuring a pair of performances by Village People.   (And, yes, it’s “Village People,” not “The Village People,” as they’re incorrectly introduced.  You wouldn’t refer to “The Nine Inch Nails,” would you?  Referring to them as “The Village People” is actually a hate crime in Great Britain.)  They play “Rock’n’Roll is Back Again” and “Ready for the ‘80s,” for those keeping score, but in between songs we get… more footage of ladies in skimpy outfits dancing to pop disco hits!

There’s also a fairly lengthy period of interviews with several upcoming playmates, backed by footage of them preparing for the camera.  It’s the type of segment satirized by the Monique Gabrille-starring “Pethouse Video” segment from AMAZON WOMEN ON THE MOON, but it also serves to show how impressive a film Bob Fosse’s STAR 80, following the destructive relationship between Stratten and the boyfriend who murdered her, truly is.  You could easily have taken the interview segment from this special and used it as a template for much of STAR 80, from the soundtrack to the soft-focus lighting to the “natural” sounding answers from the interviewees. 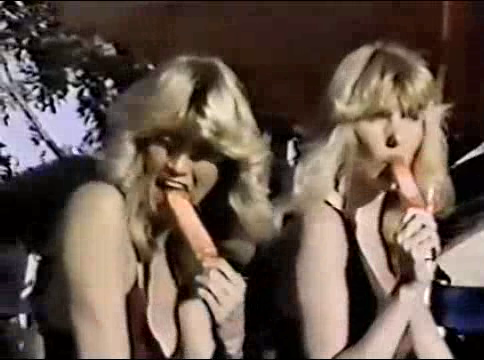 The only vague insight into the Playboy machine comes from playmate Jeana Keough (an actress who would appear in the likes of LOOKER, SIX PACK, Crown’s THE BEACH GIRLS and, much more recently, “The Real Housewives of Orange County”) who opines during her interview, “If it doesn’t hurt, your body’s not in the right position.”  It’s a curiously honest statement, and accompanied by the footage of her doing her shoot (you can see the NSFW results here) it serves as the moment in the special that doesn’t come off as completely frivolous, at least in retrospect.

The enigmatic nature of the special is made perfectly obvious by a news brief cut-in from anchor Ron Magers (now an anchor in Chicago) who makes it sound as though the station is only airing this under duress.  “We have nothing whatsoever to do with the ‘Playboy Roller Disco Pajama Party,’” Magers sneers, “Those of you who turned off your television sets in disgust, wait about a half hour, we’ll be back with the news.”  Oh, Ron.  Your important story about Iran is no match for Richard Dawson hitting on half-naked ladies. 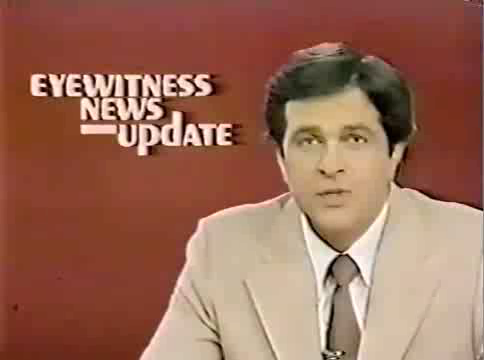 Dawson occasionally pops up to make some self-deprecating joke in the form of narration or half-baked conversation with various playmates.  He also makes a joke at Helen Reddy’s expense and one wondering about the Moscow Olympics.  (Ha ha, jokes on you, Dawson.)   In a recurring bit that passes as the closest thing special has to a plot, he keeps referring to his relationship with Dorothy Stratten, who keeps ignoring him until the finale, where they kiss and wander off into the sunset.   “You wanted a happy ending, didn’t you?” Dawson asks the audience as the band plays its final notes.

Stratten, of course, was murdered less than a year later.  It’s this that gives “Playboy’s Roller Disco and Pajama Party” a feeling of frivolity on the verge of collapse, especially when viewed through the hindsight filter of STAR 80.  The special is even depicted briefly in the film, and serves as the occasion when the Peter Bogdonovich surrogate first notices Stratten, signaling in itself the point where the relationship began to collapse from Snider’s jealousy.

With this ominous footnote from the future (and the slightly less ominous knowledge that Village People’s CAN’T STOP THE MUSIC would essentially signal the end of their ride a few months later) “Playboy’s Roller Disco and Pajama Party” feels like pop culture crapping out the entire decade of the ‘70s in a final, frivolous, jiggly, one-hour glitterball of glory.   Ron Magers and American audiences in general may not have approved, but I, for one, am sure as hell glad it’s still around to be embraced.