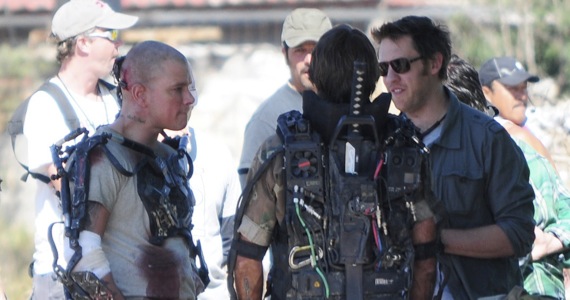 Collider.com got a huge scoop on the upcoming film from DISTRICT 9 director Neill Blomkamp called ELYSIUM. Plot details on the flick are locked up tighter than the gold at Fort Knox. Outside of knowing who is in it (notably Matt Damon and Jodi Foster), we haven’t known much else… until now.

A good reader dropped the skinny on the film which is scheduled to open on March 1st, 2013.

In the year 2159 two classes of people exist: the very wealthy who live on a pristine man-made space station called Elysium, and the rest, who live on an overpopulated, ruined Earth. Secretary Rhodes (Jodie Foster), a hard the government of?cial, will stop at nothing to enforce anti-immigration laws and preserve the luxurious lifestyle of the citizens of Elysium. That doesn’t stop the people of Earth from trying to get in, by any means they can. When unlucky Max (Matt Damon) is backed into a corner, he agrees to take on a daunting mission that if successful will not only save his life, but could bring equality to these polarized worlds. 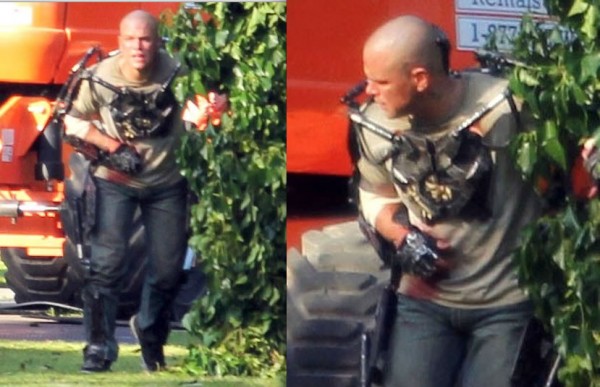 Sounds like Blomkamp is again telling a unique story with social and political subtext. That is why he is a director I have a constant eye on; he knows how to create compelling material while also telling a larger story. Something that is fairly easy to do in a dramatic medium, but when you’re working in the action or sci-fi genre, it takes patience and skill, and Blomkamp has both in spades.