I AM ROBOT NINJA! AND I KICK ASS!

He’s a NINJA! But.. also a ROBOT. Actually, ROBOT NINJA doesn’t really feature a robot or a ninja, but it *does* contain a sociopath comic book writer inadvertently causing the death of many innocent people.  It also has face stabbings, head stabbing, stomach stabbings and BODY MODS. But that’s not all! How about a little BURT WARD? How does that sound? J.R. Bookwalter followed his classic THE DEAD NEXT DOOR with this nuttiness, and MOE PORNE and DOUG “SWEETBACK” TILLEY are here to reap the rewards.

E-mail us IF YOU DARE at nobudgetnightmares@dailygrindhouse.com and read the full length review of ROBOT NINJA while you’re at it.

Or check out Moe Porne and Doug Tilley on Twitter? 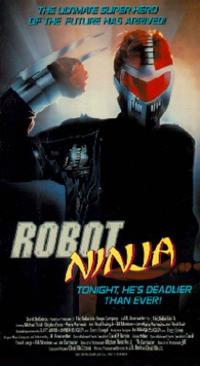