One of our favorite labels just punched the cool button and introduced a sub-label featuring horror and sci-fi cult favorites. After taking a look the titles that are about to come down the pike, many on Blu for the very first time, I feel like doing some leg humping to express my gratitude. Shout! Factory has done it again. Make sure to hit up the pre-order links below. Dig it! 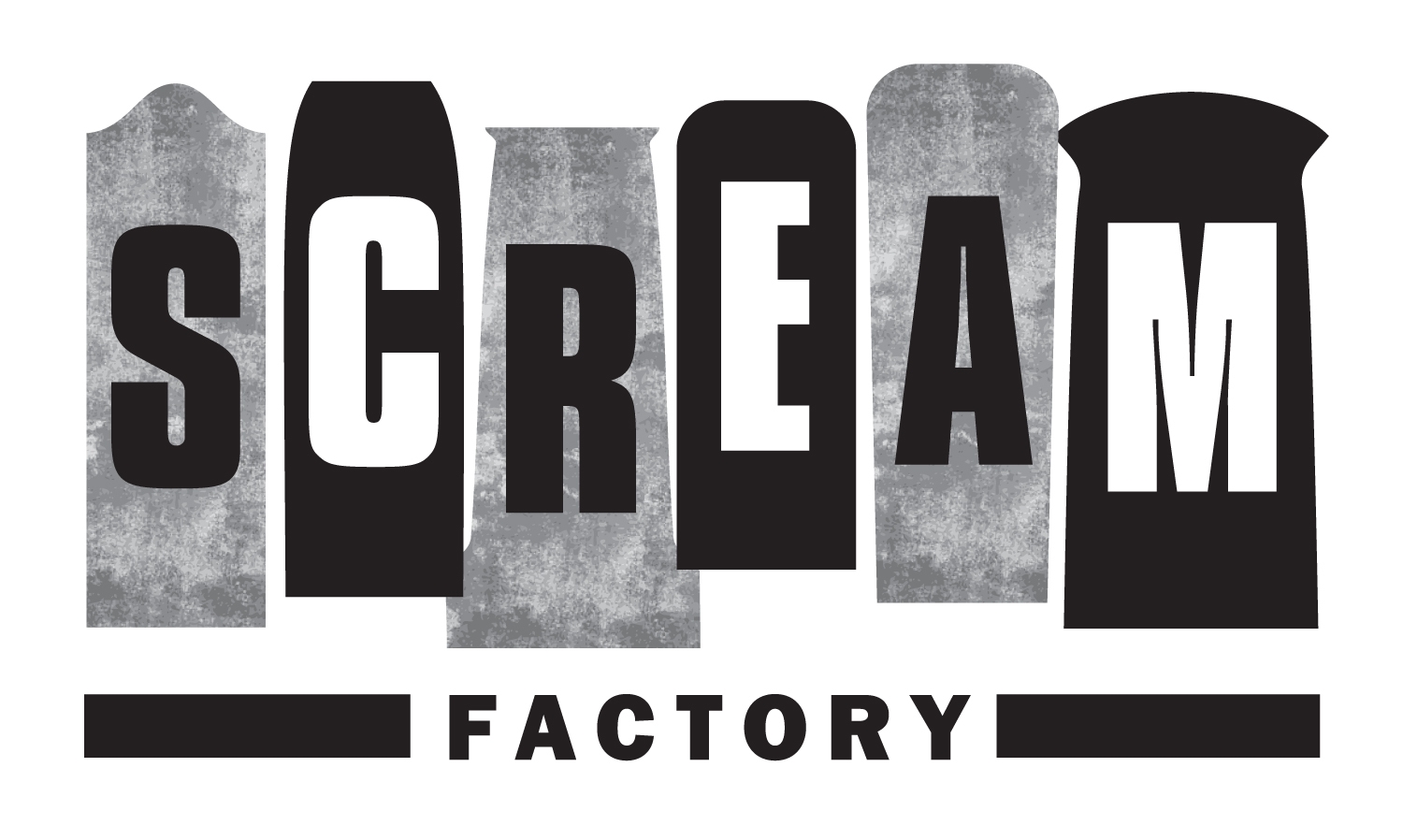 Further underscoring its position as a leading curator and home entertainment provider of many memorable cult movie classics, Shout! Factory is proud to announce the launch of SCREAM FACTORY™, a new home entertainment series created to celebrate some of the most enthralling horror and sci-fi films with massive cult followings in cinematic history.

Debuting this September, SCREAM FACTORY™ boasts a scary slate of fan-favorite thrillers from the 1980s, many of which have never been available on Blu-ray™ before. Titles include HALLOWEEN II and TERROR TRAIN, (both starring “Scream Queen” Jamie Lee Curtis); the 30th Anniversary release of HALLOWEEN III: SEASON OF THE WITCH; THEY LIVE from director John Carpenter (The Thing); Peter Benchley’s THE ISLAND starring Michael Caine, THE FUNHOUSE from director Tobe Hooper (Poltergeist); the nightmarish PHANTASM II; and the much-anticipated DVD debuts of DEADLY BLESSING, directed by Wes Craven (Scream) and featuring Sharon Stone in an early role, and DEATH VALLEY starring Peter Billingsley (A Christmas Story). Each title will be presented in anamorphic widescreen, and most will be released in a “Collector’s Edition” packed with new bonus content, archival materials, a collectible cover featuring newly rendered retro-style artwork, a reversible wrap with original theatrical key art and more!

On September 18, 2012, fans will rejoice as Shout! Factory unleashes HALLOWEEN II Collector’s Edition and HALLOWEEN III: SEASON OF THE WITCH 30th Anniversary Special Collector’s Edition on Blu-ray and DVD. These two formidable titles inaugurate the SCREAM FACTORY™ home entertainment series and are now available to preorder at ShoutFactory.com and Amazon.com. 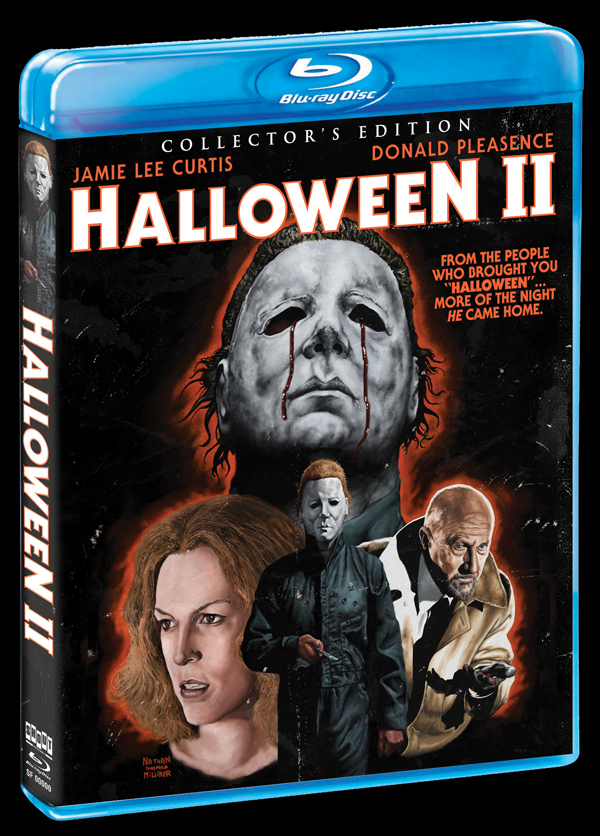 Starring Jamie Lee Curtis and Donald Pleasence, Halloween II follows the same ill-fated characters as they encounter the knife-wielding maniac they left for dead in the first film. It seems the inhuman Michael Myers is still very much alive and out for more revenge as he stalks the deserted halls of the Haddonfield hospital. As he gets closer to his main target, Dr. Loomis (Donald Pleasence) discovers the chilling mystery behind the crazed psychopath’s actions. Written by John Carpenter and Debra Hill, Halloween II is a spine-tingling dark ride into the scariest night of the year.

EXCLUSIVE LIMITED OFFER: Order the Blu-ray or DVD directly from ShoutFactory.com and receive an exclusive “Haddonfield Memorial Hospital nurse’s hat!” Less than 500 have been made, so these are only available while supplies last. 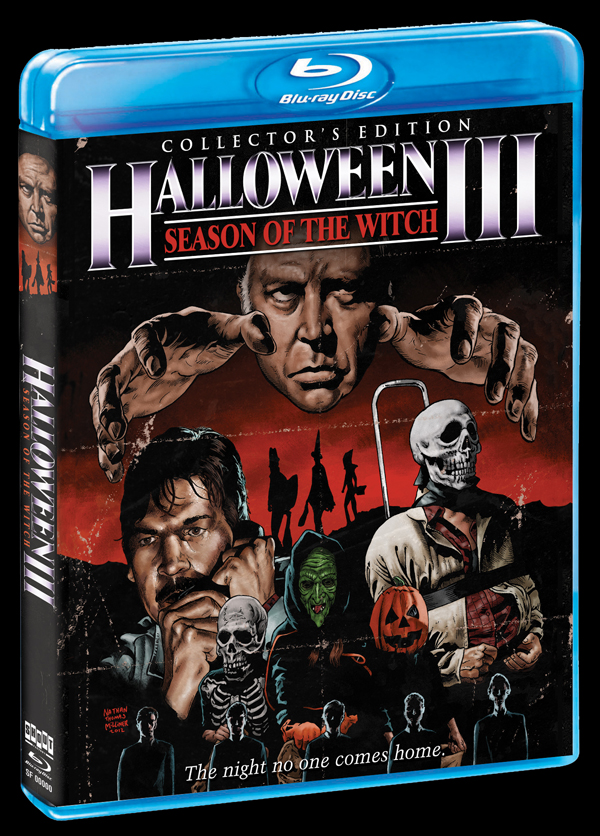 A murder-suicide in a northern Californian hospital leads to an investigation by the on-call doctor, which reveals a plot by an insane toymaker to kill as many people as possible on October 31st through an ancient Celtic ritual and deadly Halloween masks. Starring Tom Atkins, Stacy Nelkin and Dan O’Herlihy, this third chilling film from the popular Halloween franchise is produced by John Carpenter and Debra Hill and is directed by Tommy Lee Wallace.

EXCLUSIVE LIMITED OFFER: Order the Blu-ray or DVD directly from ShoutFactory.com and receive an exclusive 18”x24” poster featuring the newly commissioned artwork! Less than 500 have been printed, so these are only available while supplies last.

Shout! Factory will continue to present the on-going SCREAM FACTORY™ home entertainment series in 2012 and 2013 with specific release dates, extras and key art for the rest of the title lineup. Meanwhile, fans will are encouraged to follow us and click the “Like” tab on the official SCREAM FACTORY FACEBOOK page (https://www.facebook.com/pages/Scream-Factory/103961936407493) for up-to-the-minute updates or visit ScreamFactoryDVD.com .

Well, was I right or was I right? Unbelievable. Every geek worth their weight in VHS has been pinning for a Blu-ray release of first two HALLOWEEN sequels. These are perfect starting points for the new label.

I have a curiosity with HALLOWEEN II, I love every moment of it including its flaws (and there are many). Carpenter had to go in and re-cut the movie in addition to doing some re-shoots (more connecting shots than anything else) but the film has these long pauses where nothing really happens and it’s those very moments that I find so curious and intriguing.

HALLOWEEN III on the other hand is an underrated masterpiece of 80s horror. Originally Joe Dante expressed interest but it eventually fell to Nigel Kneale of QUATERMASS who had a minor problem with collaboration. Director Tommy Lee Wallace then took a pass on it and somewhere in all of that turmoil, a totally unique vision of horror was created. Carpenter was never happy with the final cut, but we could watch it on a Silver Shamrock loop.

Damn, what a great day for fans of these films. Hit the pre-order links and get the goods, Bastards.