On each episode of REVENGE OF THE POD PEOPLE, DAILY GRINDHOUSE assistant editor Mike Vanderbilt and A.V. CLUB news editor Katie Rife dive into the weird, wild world of genre cinema in their own unique way, be it pitting two favorite films against one another, running a series, our creating an arbitrary top ten. This This week, the hosts are back after a summer off and ranking their favorite bars, honky tonks, and hangouts in genre cinema. They are also joined by Andy Heidel, the owner of Brooklyn’s Way Station (with a Doctor Who themed bathroom) and author of THE COCKTAIL GUIDE TO THE GALAXY. THE COCKTAIL GUIDE TO THE GALAXY is a collection of top notch drinks for geeky drinkers and is now available. 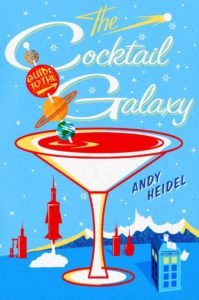 Pour one up and enjoy on iTunes!