Other Titles:  ISLAND OF PERVERSION, A CRAVING FOR LUST, DEVIL IN MYKONOS, CRUEL DESTINATION, PSYCHIC KILLER 2

Gunshot to the head

Spear to the torso

Aerosol flame to the face

Knife through the back

“Good Lord, what a perversion!” 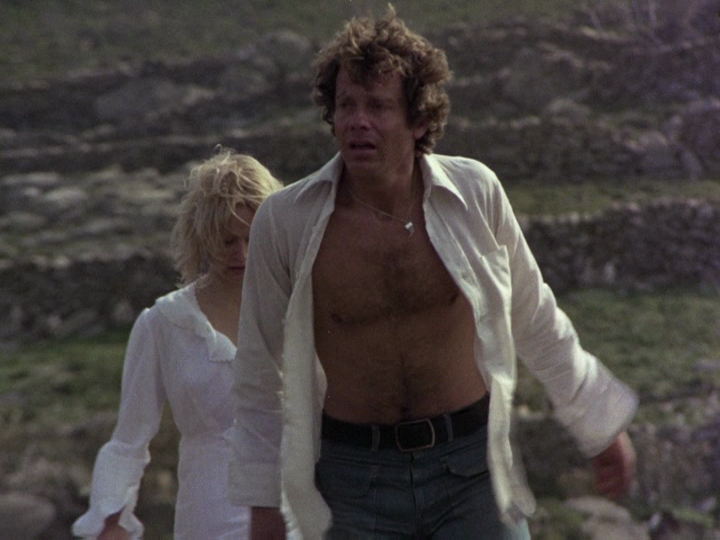 When Stephen King praised Tobe Hooper’s THE TEXAS CHAINSAW MASSACRE in his seminal work Danse Macabre,  he credited its success to Hooper’s ability to “skate right up to the border where ‘art’ ceases to exist in any form and exploitation begins.” The best films in that field, he argues, have a deliberate hand guiding them. An inspiration, informing every scene.

Nico Mastorakis’ ISLAND OF DEATH skated up to that border and took a flying leap, with purely financial inspiration. The B-movie mogul has stated multiple times that he wanted to make the film after seeing the box office power of THE TEXAS CHAINSAW MASSACRE, and had zero artistic motivations. Still, the film has a heavy cult following for its daring descent into maniacal extremity.

Since one of the characters is religiously motivated, it does lead to moments that contemporary society would deem problematic. Two characters are killed explicitly because of their sexual orientation, and women are targeted with a puritanical disgust for daring to be sexually confident. With that said, these moments aren’t the most shocking in the film, which reads like a laundry list of offensive acts. 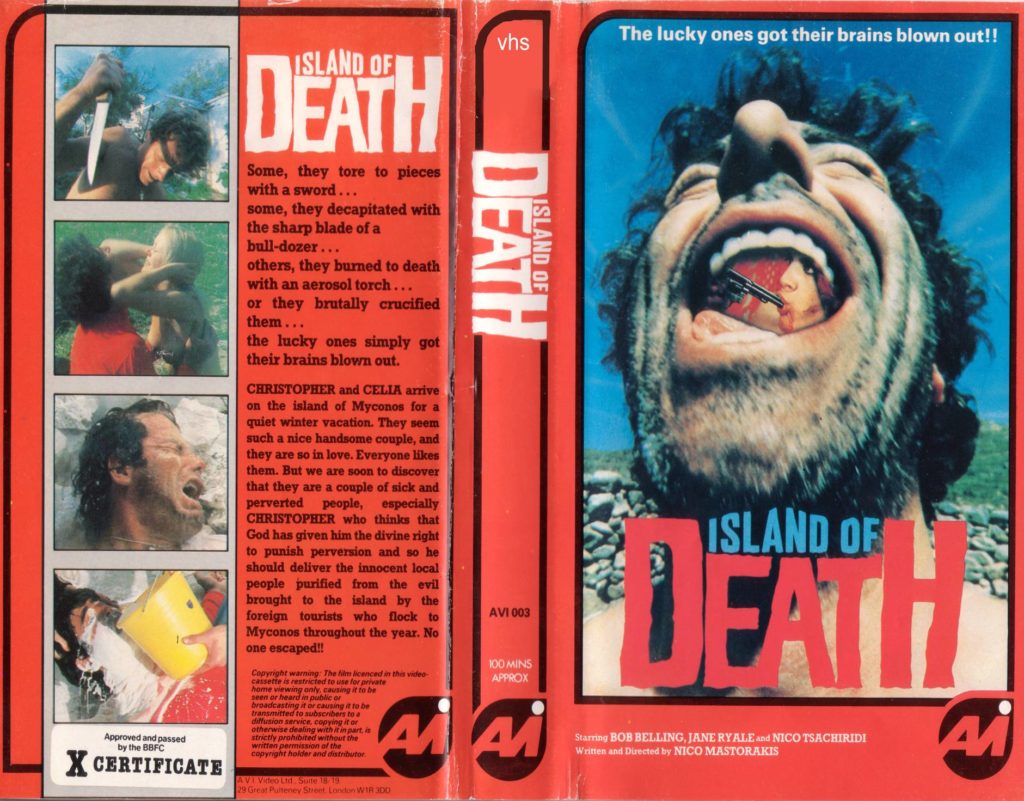 While the most appalling bits and pieces of ISLAND OF DEATH are watered down in the editing room, the sheer landslide of conceptual [depravity] at play is itself a display of noteworthy audacity. As Chris and Celia cut a crimson swath throughout the provincial town, each act they commit dials up the sex and violence to a much higher frequency (albeit of a much lower caliber) than that of Kubrick’s earlier cinematic meditation on the same, A CLOCKWORK ORANGE. Bestiality pops up within the first 15 minutes, immediately followed by the slash of a goat’s throat (defanged with a series of cuts avoiding an actual onscreen slaughter). Most deaths (like one by sword and another by gunshot to the head)) don’t show actual penetration, just the grisly aftermath. The one bloody moment that was shown: a decapitation by bulldozer. Again, it’s not the graphic nature of the offensive moments in ISLAND OF DEATH that are bold, but their very inclusion in the movie. After a double-murder, the perpetrators lay in bed and masturbate to pictures of their victims. Heterosexual rape had been depicted in movies both mainstream and lowbrow since the relaxation of restrictions on violence in cinema in the 1960s; but here, on a film made in 1976, is a lengthy man-on-man rape. Even the rabid hetero sex interlaced throughout the story is given an especially sordid bent with a surprise revelation late in the film. So though it won’t give you the over-the-top blood geysers available in the likes of TENEBRAE, ISLAND OF DEATH delivers its outrageousness by way of shamelessly waving nearly every sinful taboo in your face. 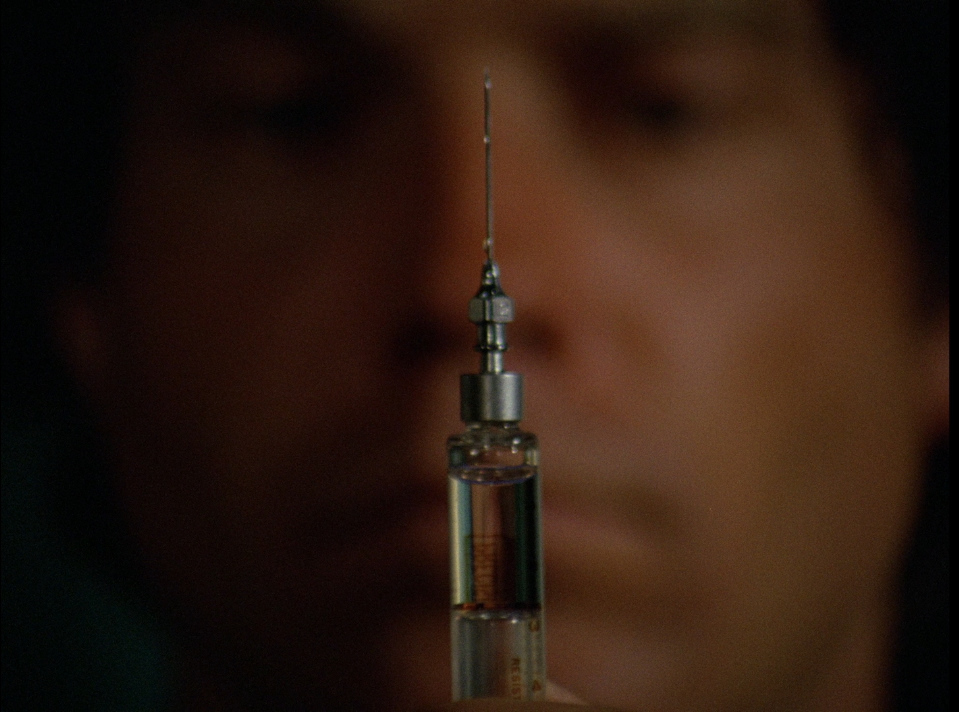 The myriad of atrocities in the film all but guaranteed a place in Video Nasties notoriety. A heavily edited (14 minutes) cut did nab a theatrical release in the UK under the title A CRAVING FOR LUST. Shortly thereafter, an uncut video made the rounds before the BBFC banned it in 1984, under the Obscene Publications Act. In 1987 a video release request for ISLAND OF DEATH was rejected, but successfully campaigned for a DVD release in 2002 with 4 minutes of cuts. In 2010, Arrow Video stepped up and released the full uncut version on DVD.

In a Starburst Magazine interview, the director himself addresses the Nasties controversy:

“I still believe that the Brits, a truly progressive audience, do not deserve such a typically medieval institution, to tell adults what they can watch and what they shouldn’t. It defies logic and when that happens, I consider censorship a much more dangerous kind of violence than the one portrayed on film.” 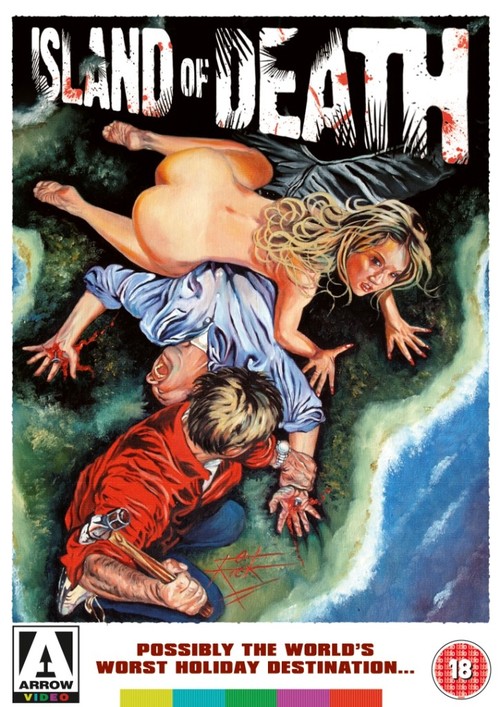 Shy editing aside, ISLAND OF DEATH still retains the capacity to elicit shock and repulsion over 40 years after its original release. For the casual film fan, it’s a lot to take in. It certainly lives up to the hype, and leaves no stone unturned in its controversial crawl toward infamy. Just as gorehounds are encouraged to seek out splatterfest forerunners like BLOOD FEAST, Mastorakis’ lewd cash-grab is of chronological importance to film connoisseurs of a bit of the ol’ ultraviolence. Exploitation cinema collectors may simply find the Grecian proto-slasher of interest simply by virtue of its status as a Video Nasty. If envelope-pushing perversion in cinema interests you (regardless of artistic value), then ISLAND OF DEATH is a must-watch. 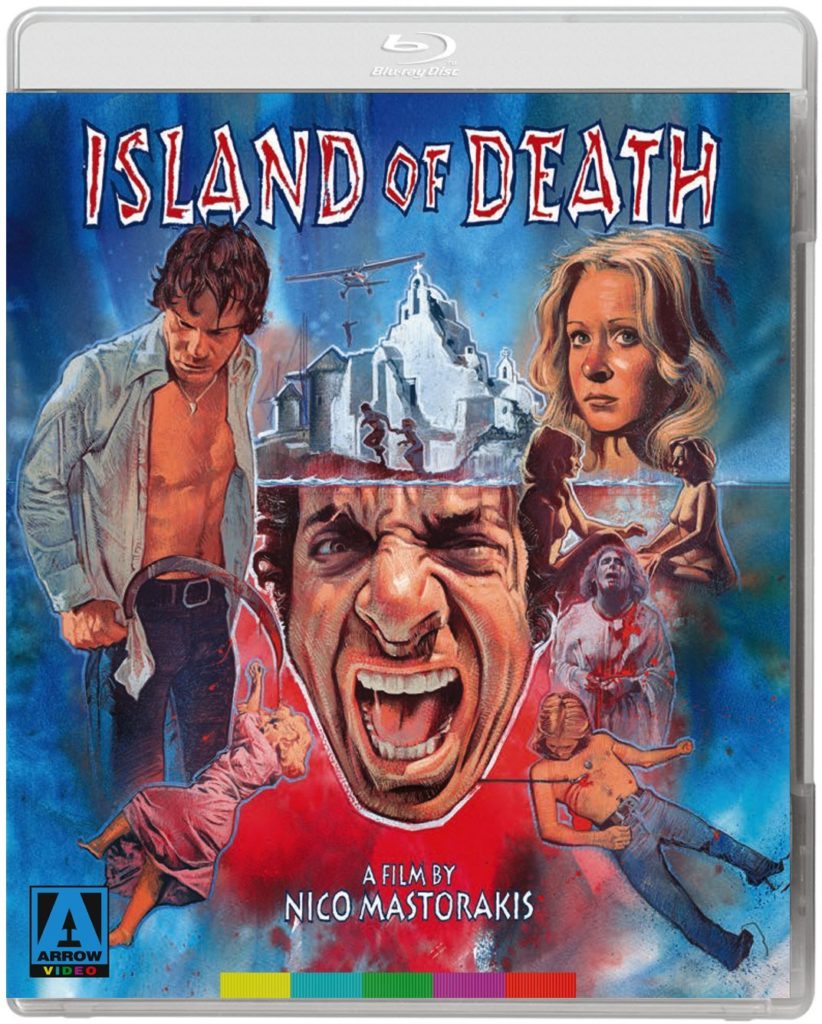