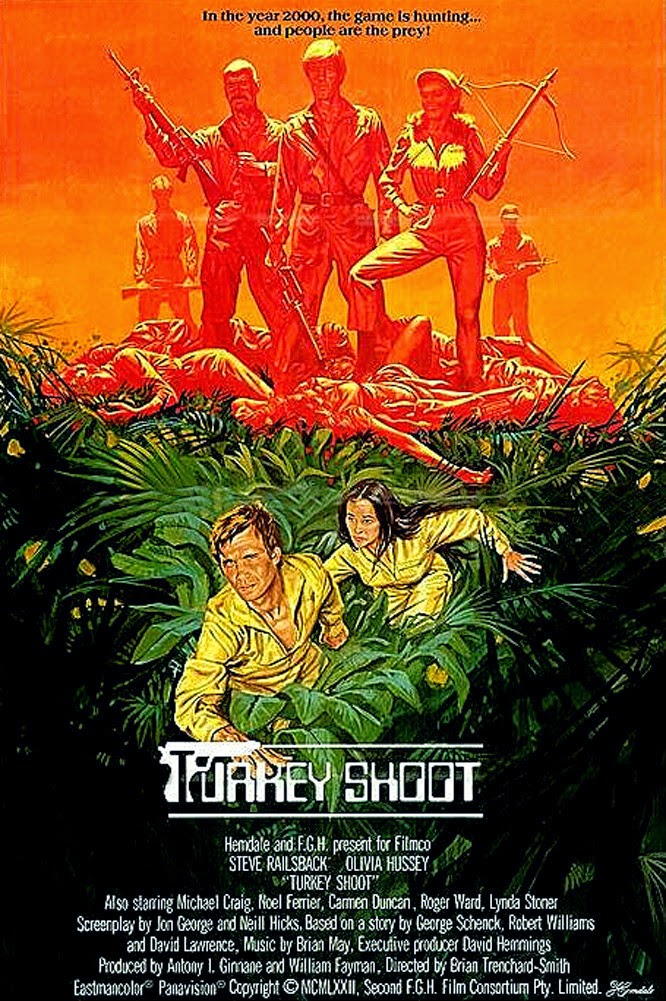 Going down this list of movies about the end of the world and about what happens afterwards, it’s striking to notice how the genre expanded exponentially. From a handful of post-apocalyptic films in the 1950s, to a fair amount more in the 1960s, these films really started multiplying throughout the 1970s and the 1980s. The popularity of the genre in the 1980s was surely due to the Cold War and the nuclear arms race, the fact that the world truly could end at the hands of man. In the 1990s, there were even more movies about the apocalypse, owing both to the development of special effects that made outlandish science-fiction more lovingly depicted than ever before, and also to the weird millennium panic that people were having about the year 2000. You can see it right there in the titles. It’s not just that four-digit numbers sound good.

The millennial generation may not remember the Y2K concern that had people freaking out. I’m whatever generation predated the millennials. I remember those years, and specificially, not taking that Y2K panic very seriously. I wasn’t afraid of the year 2000, but then some real bad stuff happened in my hometown a year later, so maybe I should have been. If we’ve proven anything this week, it’s that the post-apocalyptic genre is often a silly one, but it’s more popular than ever today. In the last five years there have already been as many as there were in the decade beforehand. Why is that?

It’s because our collective fears, as a culture, are always expressed through our movies. Nuclear war was a real concern in the 1980s, and you see that reflected in the movies of the time. It’s still a concern today, although now we have even more apocalyptic problems to deal with, like overpopulation, terrorism, droughts, and global warming. Real life is looking more and more like the apocalypse every day — not the Biblical one, there aren’t skeletons riding around in the sky or anything — but the cinematic one.

That’s why the most effective post-apocalyptic films are always the ones that employ and convey horror in their approach. This is what we’re scared of. So make it scary. MAD MAX takes the urban agoraphobia of DEATH WISH and transposes it to the lonely roads of Australia. THE ROAD WARRIOR has an antagonist who literally looks like a slasher-film character:

While it shares a country of origin and a composer (Brian May) with MAD MAX and THE ROAD WARRIOR, ESCAPE 2000 isn’t so much scary as it is blunt and brutal, a visceral elbow-jab to the teeth, a shredder of human beings, THE TEXAS CHAINSAW MASSACRE as a post-apocalyptic film. It mixes provocative prison-camp imagery and class-warfare politics with savage violence and gratuitous nudity.

Brian Trenchard-Smith directed this action-exploitation epic, an Australian update of THE MOST DANGEROUS GAME, where humans are both the hunters and the hunted. The film co-stars Steve Railsback from LIFEFORCE and THE STUNT MAN, and the impossibly gorgeous Olivia Hussey from ROMEO AND JULIET and BLACK CHRISTMAS. Both of these actors, particularly Olivia Hussey, have plenty of appeal, but neither of them look particularly long for the world created by this film. They’re comparatively frail and endangered, as far as post-apocalyptic hero figures go. They don’t have the implacability of a Clint Eastwood, the bulk or the arrogance of a Stallone or a Schwarzenegger, the apathy of a Bruce Willis, the madness of a Mel Gibson. They’re in trouble.

They are two of the several unfortunate captives who are kept in a prison camp, ruled over by a gray-haired gentleman with the politically-fraught name of Charles Thatcher, and then set free for sport, to be hunted down by cruel rich people in the jungle. And “cruel” is no understatement. These are some cartoonishly hateful rich pricks. It’s like if Judge Smails from CADDYSHACK decided to pick up murder as a hobby. They’re country-club sadists, which is sort of redundant. And to make matters worse, they have a werewolf on their team.

That last sentence wasn’t a hallucination. ESCAPE 2000 kicks up to the next level of grindhouse-flick godliness when a freakin’ werewolf shows up to chomp down on some poor guy’s feet. That’s not the technical term for what this guy is, but look at a picture of him and see what word you’d use. He’s a furry fanged monster-man who gnaws on digits and extremities. MAD MAX had the Toecutter. This movie has a toe-EATER.

Another one of the film’s unforgettable antagonists is a tremendously sadistic henchman type named Ritter, who is played by a formidable customer named Roger Ward (1979’s MAD MAX), a familiar face to even the most casual consumer of Australian cinema. No doubt Roger Ward is a perfectly friendly fellow in everyday life, but on screen he brilliantly inhabits the role of a vicious enforcer who doles out pain and suffering with relish. One look at this guy, and you know our heroes are in for a world of hurt. 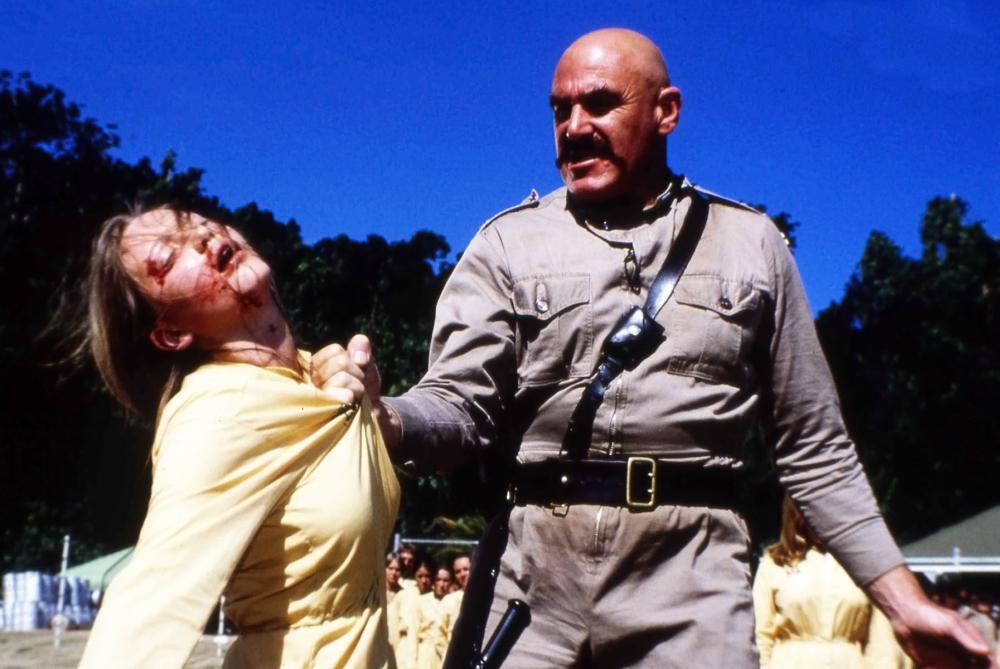 In post-apocalyptic cinema, this much is a truism: The worse the villains, the further the heroes must go to defeat them, and even if they manage to do that, their prospects beyond the moment of victory still look bleak. ESCAPE 2000 is in elite company in its execution of this truism. The spoils in post-apocalyptic films usually come down to survival, something that most of us in the audience take daily as a given. These movies give you worlds that can make you wonder: What good is survival anyway? Who would want to live there?

ESCAPE 2000 is a somewhat vague, somewhat more generic for a movie that is this viciously odd. The movie also goes by the name TURKEY SHOOT, which is obviously the more reasonable way to go. With their dull yellow jumpsuits and their prison-farm surroundings, the protagonists of the film are almost made look like birds, like industrialized livestock. Some of their captors literally take bites of them. If they are to get loose, they will have to peck back, hard. But once they’re loose, where can they really go? It’s not much of a spoiler to say here that this story doesn’t end well for anyone, predator or prey.

The future does not look very fun at all. Luckily, the movie is.