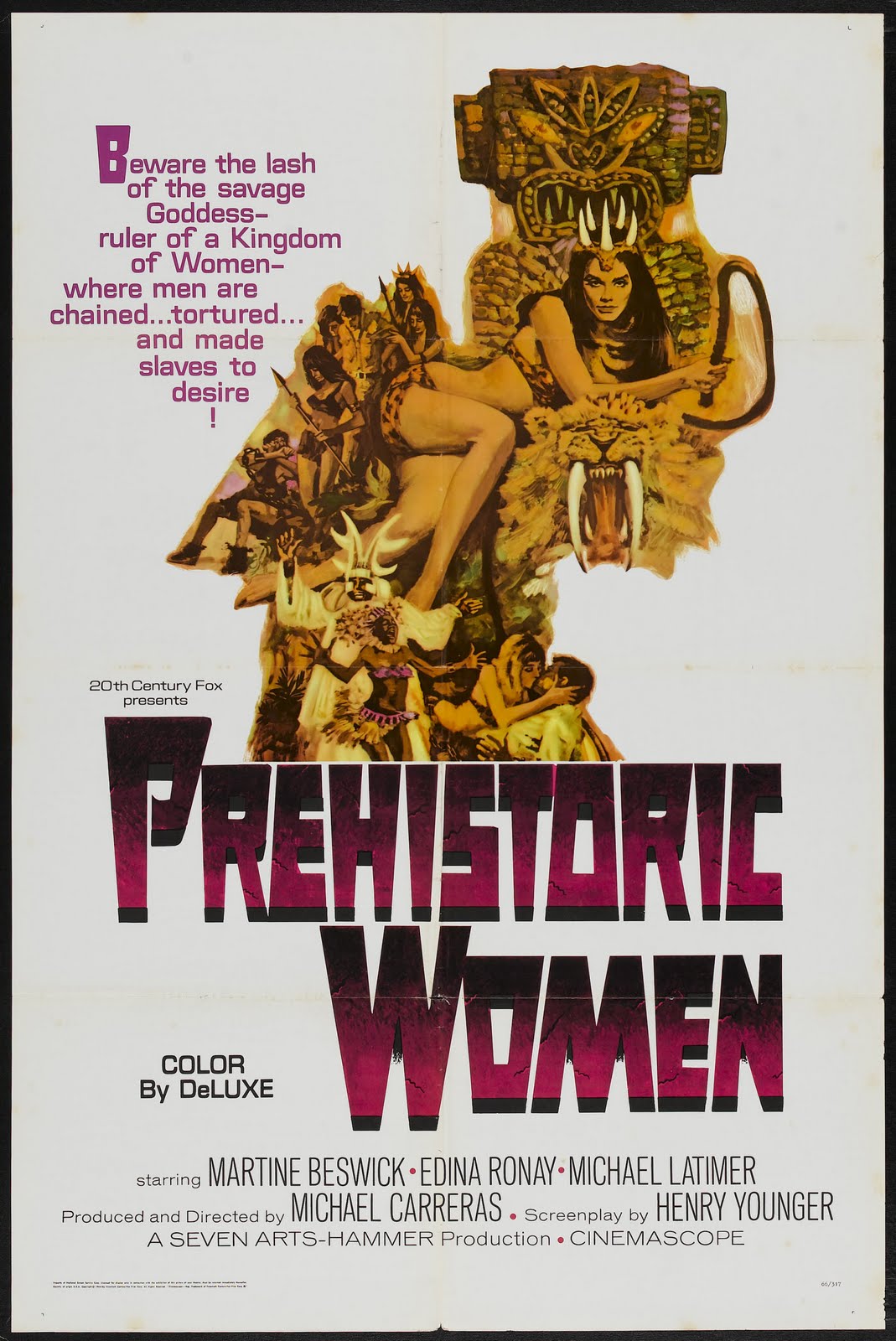 Hammer’s follow up to ONE MILLION YEARS B.C. utilizes many of the same stage bound sets and delicious costumes that peppered the Raquel Welch/Ray Harryhausen epic, minus that film’s amazing stop motion dinosaurs. Genre fans hoping for a prehistoric adventure flick full of warring prehistoric beasts may be disappointed by the film’s lack of slobbering saurians, but the eye candy bestowed by the film’s fir clad female cast more than makes up for it. Martine Beswick, nicknamed by the press at the time as “Battling Beswick” due to her wonderful habit of ending up in a catfight in a number of her films (this flick included), is particularly alluring as the queen of a tribe of man hating brunettes. Her seductive dance to time traveling explorer Michael Latimer is especially mouth watering. 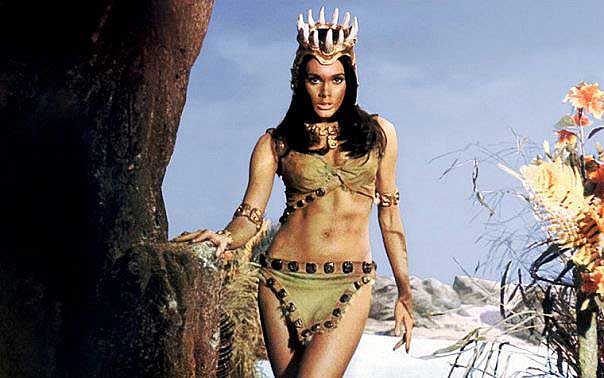 Weak in plot, heavy in wood elongating, this exercise in female man bashing is a must for fans of these campy prehistoric teases. If only this were filmed a few years later when Hammer was flooding their flicks with gratuitous nudity. Martine’s dance might have rivaled Phoebe Cate’s FAST TIMES AT RIDGEMONT HIGH pool exit as one of the more “snow heavy rewind” moments in video tape history.

Side note: I had the luck of meeting Martine Beswick at the 2012 Monster Bash Film Fest in Butler, PA. She still looks like she could feed a guy his balls for lunch and demand that he recite the lyrics to Neil Young’s Southern Man while doing so.