The following is a press release from Blue Underground: 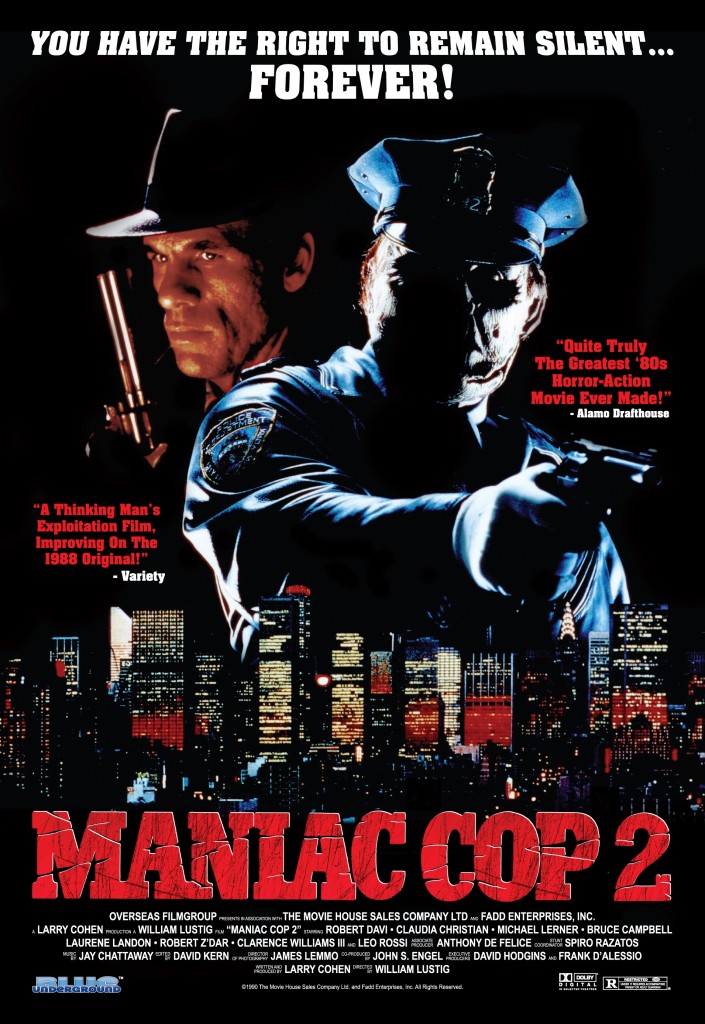 You Have the Right to Remain Silent…FOREVER!

Featuring a brand-new 4K High Definition transfer from the original camera negative and new Dolby Digital 5.1 mix, this MANIAC COP 2 DCP is the definitive presentation of the action-packed cult-horror favorite. Bill will attend MANIAC COP 2 screenings in New York, Los Angeles, Boston, and other select cities (TBA) to introduce what critics have hailed as “Truly The Greatest ‘80s Horror-Action Movie Ever Made!” (Alamo Drafthouse).

“Although MANIAC COP 2, like the first movie, played theatrically upon its initial release in every corner of the world (the Pakistani poster is a hoot!), in the States it went straight to home video and HBO. While I understood the business decision, it was still a crushing blow for what I considered to be my best film – and still do. So this long overdue theatrical release is very personal for me. I’m thrilled to finally share this film with audiences around the country the way it is meant to be seen!” – Bill Lustig

In MANIAC COP 2, Officer Matt Cordell is back from the dead and stalking the streets of New York once more. Cordell was once a hero, but after being framed by corrupt superiors and brutally assaulted in prison, he sets out on a macabre mission of vengeance, teaming up with a vicious serial killer to track down those that wronged him and make them pay… with their lives!

About Blue Underground:
BLUE UNDERGROUND’S goal is to bring cool movies to fans all over the world in beautiful, Criterion-level special editions. They are definitive discs of some remarkable films, all fully restored, remastered and packed with the most mind-blowing extras in the business. We look for fun movies to release, undiscovered films, and films that are really for people that are into movies. We’re committed to bringing these movies out of the dark and back into your life where they belong!