If you get deep enough into film-fanatic circles — off-road types, the real B-siders –you will find us split into two camps: The classier sort, who know film director Noel Black for his truly unique and sort-of-amazing 1968 potboiler PRETTY POISON, with Tuesday Weld and Anthony Perkins, and those of us who know him better for his 1983 teen sex comedy PRIVATE SCHOOL, starring Phoebe Cates (GREMLINS 2), Matthew Modine (THE DARK KNIGHT RISES), and Betsy Russell (AVENGING ANGEL). Guess which kind your humble narrator is? 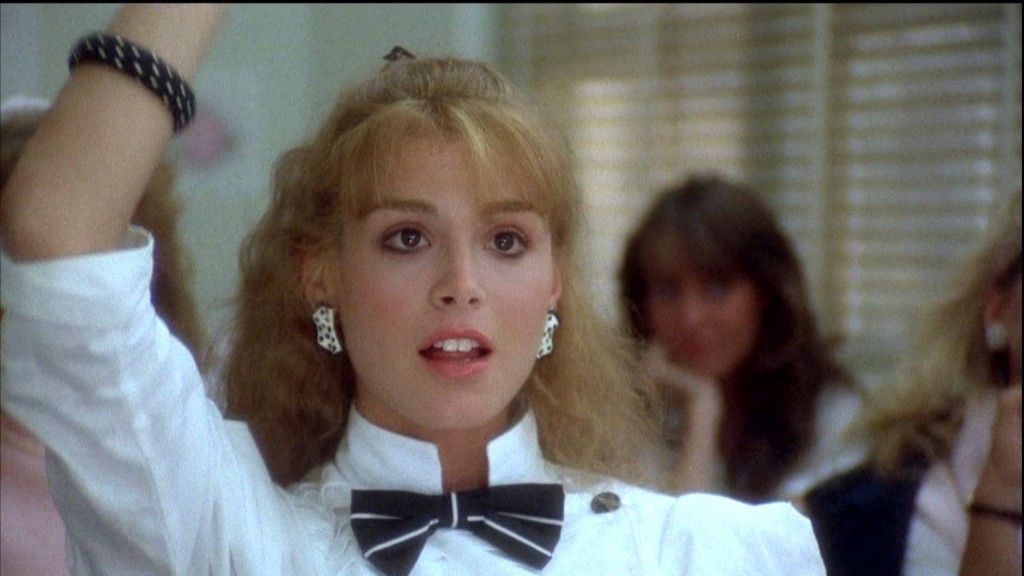 Answer: The type who fixates more on that third name than the previous, more well-known pair. So let’s talk for a bit about Betsy Russell. 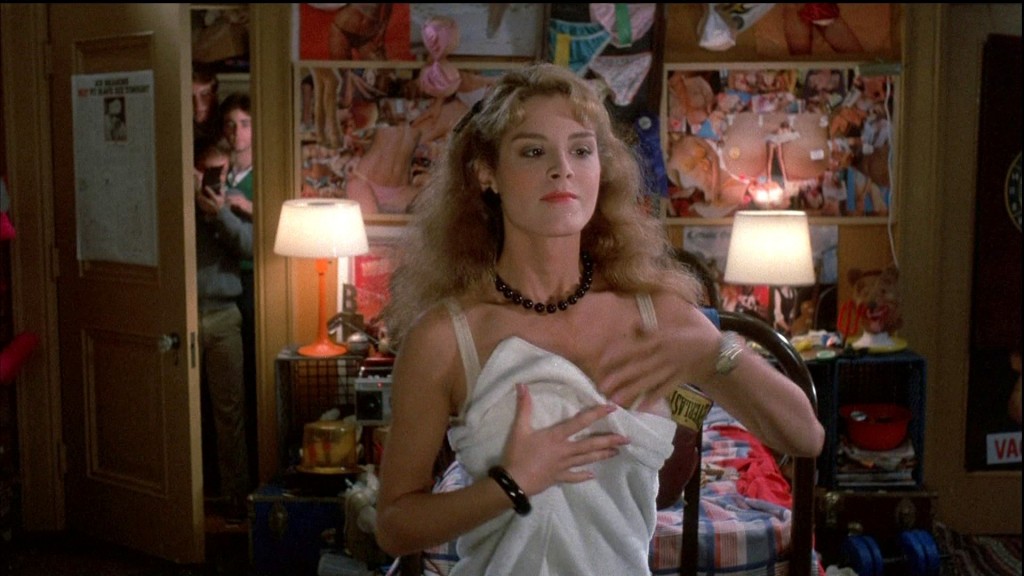 As the “bad girl” who tries to lure Matthew Modine away from “good girl”  Phoebe Cates, Betsy Russell made the kind of indelible impression on legions of pre-pubescent moviegoers and VHS hounds that only a handful of voluptuous redheads have ever made in all of cinema history. To men of a certain generation, Betsy Russell is our Rita Hayworth and her topless horseback ride in PRIVATE SCHOOL is her GILDA moment. She may not be a household name, but Betsy Russell solidified a generation’s sexual orientations. It’s cool of course to go any other way, but this laid the cement on my own personal path. 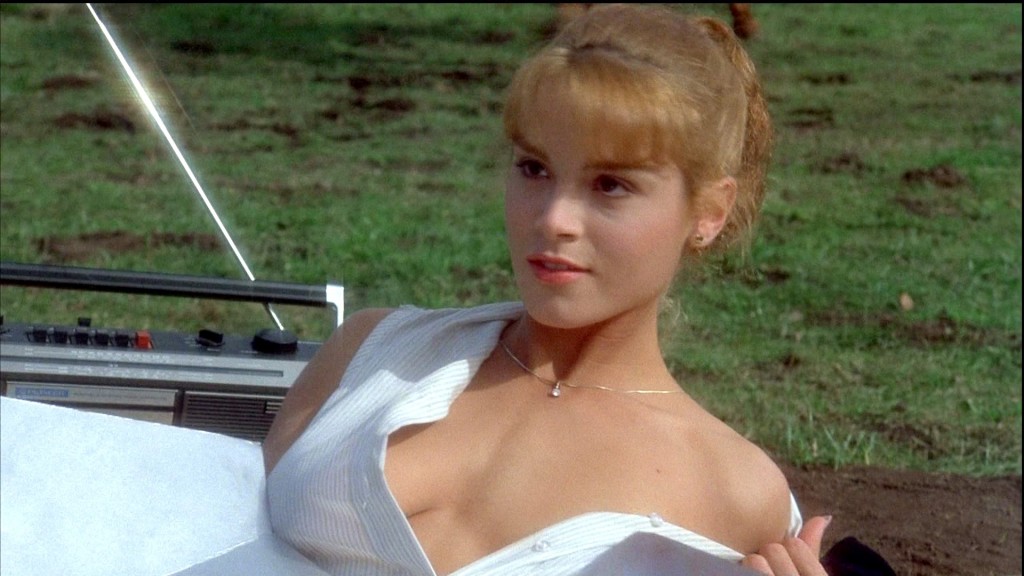 Doubtless she also sparked a number of film editing careers, since many budding filmmakers’ first experience cutting footage was our desperate attempts to edit Matthew Modine and that guy who played “Bubba” (Michael Zorek, a kind of embryonic Seth Rogen prototype) out of the many scenes where an energetic and enthusiastic Betsy Russell appears in varying degrees of undress. 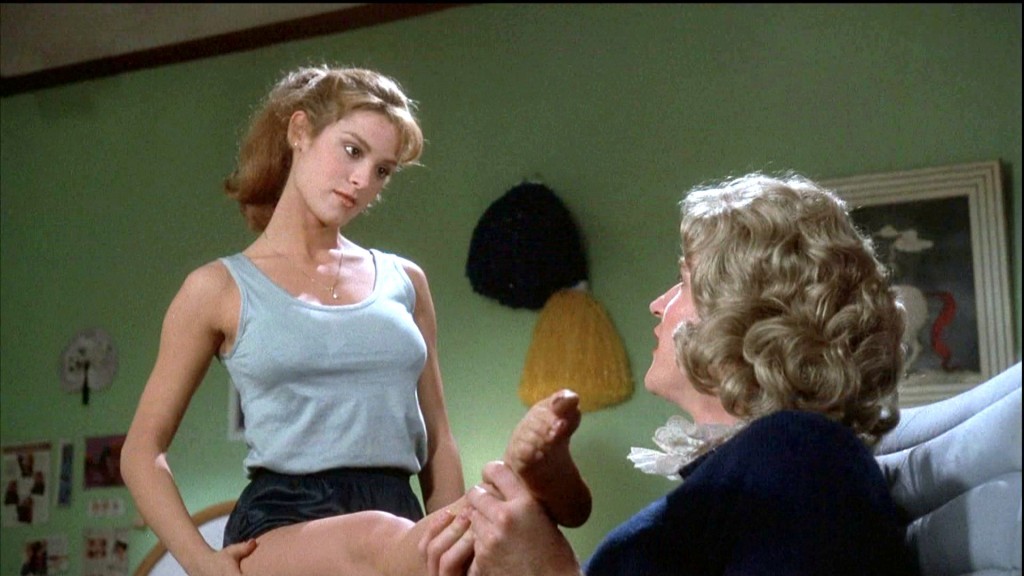 I’ll tell you how much Betsy Russell meant to my budding libido when I first saw it – I could barely be bothered to notice Phoebe Cates in the same movie.  Phoebe Cates!  The Jessica Alba of the 1980s!  There’s maybe no higher compliment. 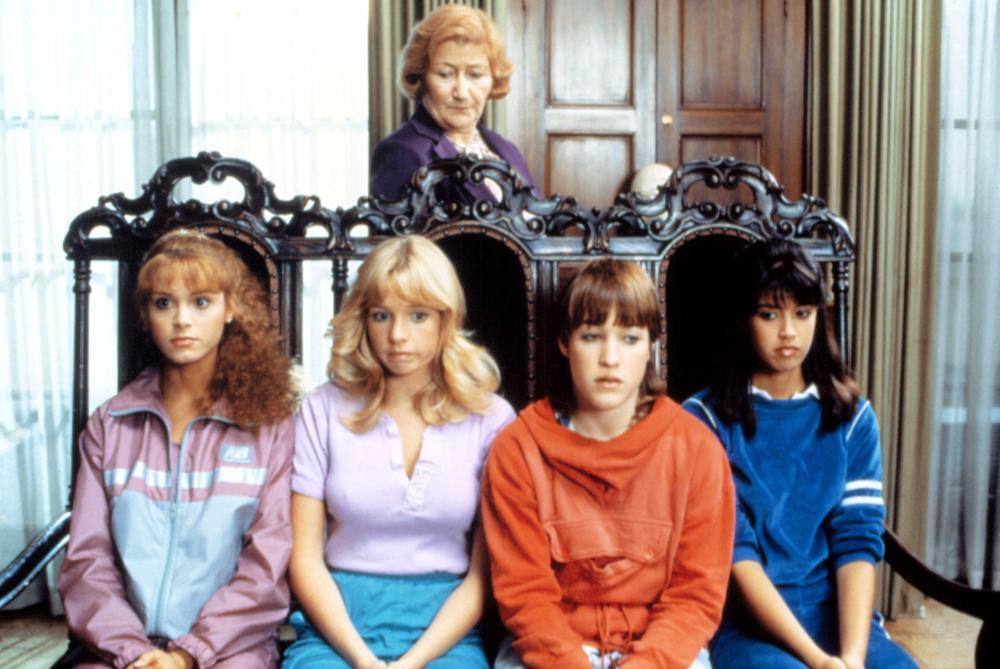 Phoebe Cates and Betsy Russell have some kind of fascinating meta-textual Betty-and-Veronica push-and-pull going on in this movie that I haven’t even begun to fully parse, but please believe I’ve considered the angle. 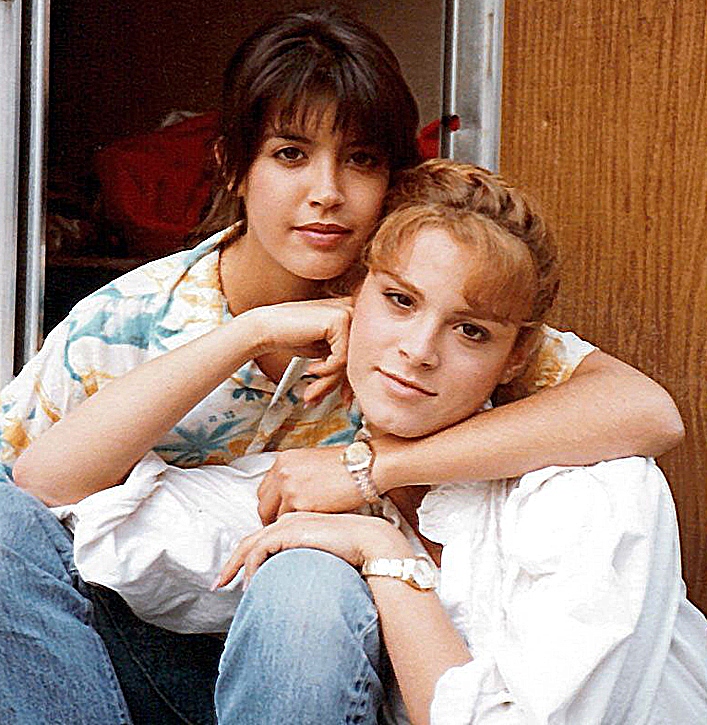 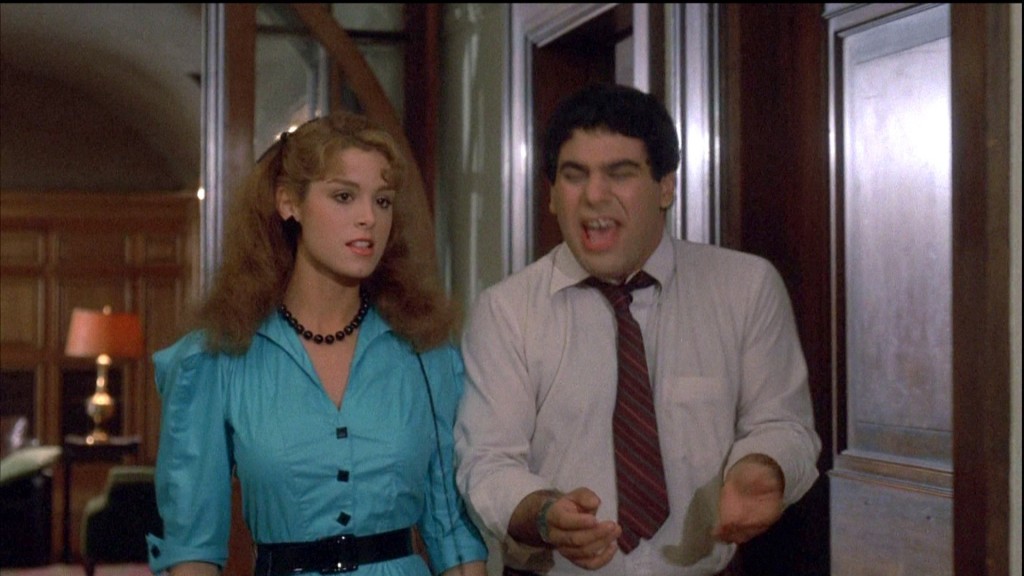 PRIVATE SCHOOL has a couple actors who went on to bigger things, and a couple who didn’t. One worked with Kubrick, another worked with Joe Dante, and Betsy Russell ended up in some of those SAW movies.  Life’s not fair, and maybe it never was. But PRIVATE SCHOOL actually has a fairly decent soundtrack (including Harry Nilsson, Rick Springfield, The Stray Cats, Vanity 6, and… um… Phoebe Cates), and I’ll even go so far as to assert that a couple of the gags are genuinely funny. Still, no one will make the argument that this is some underrated gem. 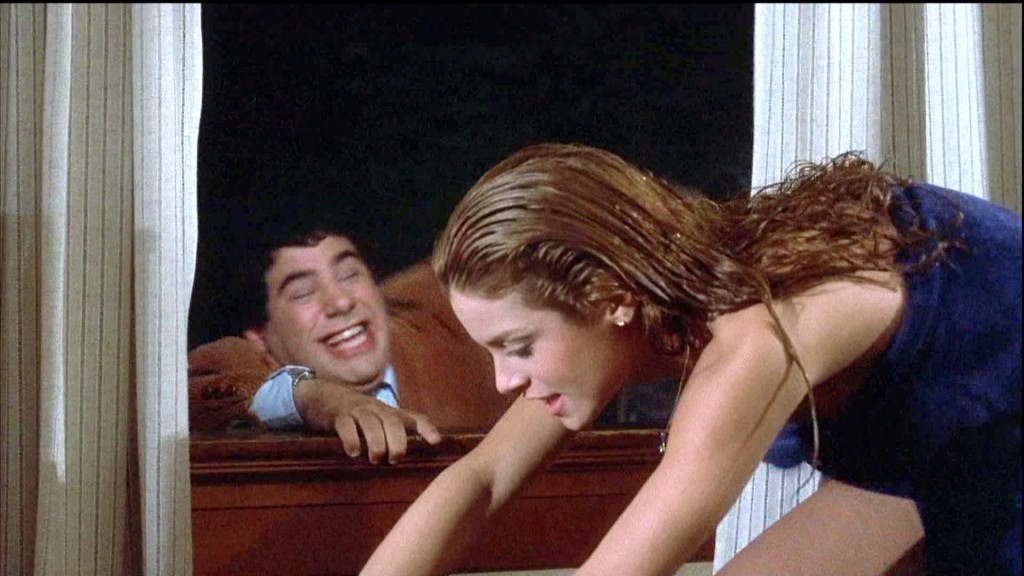 In retrospect, PRIVATE SCHOOL is shambling, episodic, and its prevailing attitude towards sex and pretty young girls is sadly more of the leering variety, but since it was the means of transport to deliver that atomic red-headed payload, it’s difficult for me personally not to feel just a little grateful to the movie.  It did, after all, contribute to making some of us the men we are today.  For better or, more likely, for otherwise. 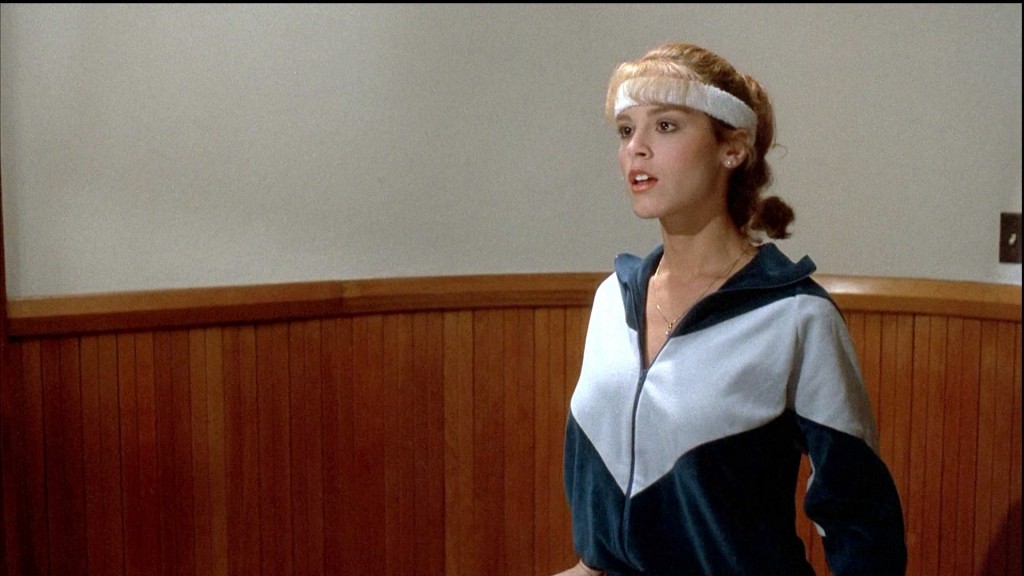 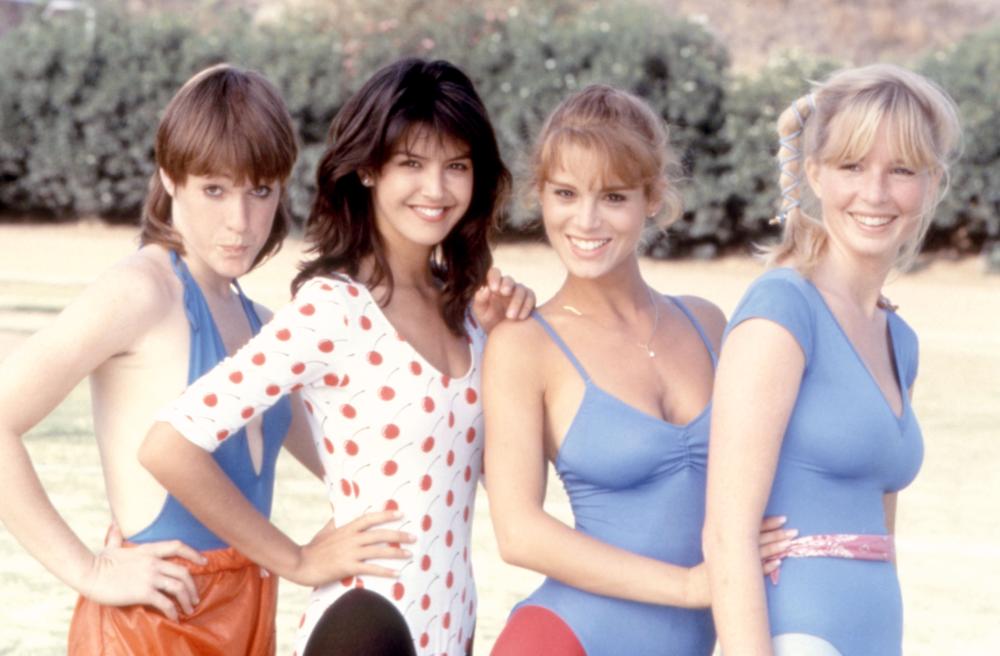