Well, it did pretty good business at the box office so I guess the news of a PROMETHEUS sequel shouldn’t come as a total shock. I didn’t write a review for the film when it came out only because I saw it a week or so after its release and the chorus of debate was at a fever pitch so I thought my comments would get lost in the debate but I will tell you now, for the most part I liked it. I think the film fails at answering the questions it so beautifully asked at the beginning of the film and traded bullets for intelligence, but I enjoyed the ride. It has its flaws (underdeveloped characters, plot holes the size of Texas, terrible ending) but for the most part I found myself having a good time more than I didn’t. So news of a sequel is actually sitting pretty well with me. 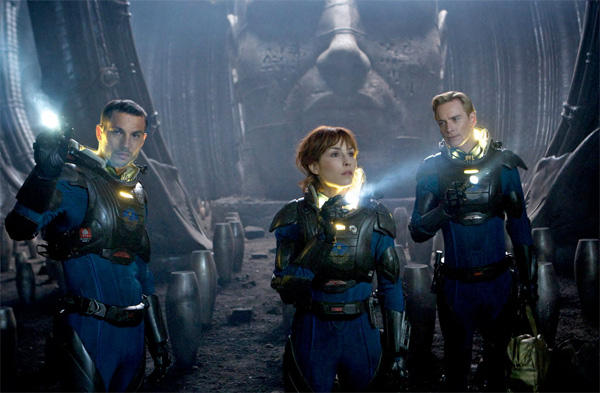 THR is reporting that the sequel is being eyed for a 2014 or 2015 release. For all those that felt (like myself) that the film’s problems were in the script we have good news; Fox is looking for new writers because Prometheus co-scribe Damon Lindelof might not be available. Fox President of Production Emma Watts told THR “Ridley is incredibly excited about the movie, but we have to get it right. We can’t rush it.” Stars Michael Fassbender and Noomi Rapace are signed for the sequel so expect them to return. Considering the BLADE RUNNER sequel kicking around, it’s tough to see this getting front of the cameras in time for a 2014 date so I would expect 2015 or even later.

We’ll let you know more as it comes in.