Hey Bastards. G here, working the counter for the busy mastermind behind the weekly column of badass that is Psychotronic Netflix. While Mr. Paul is away, I thought I would get you in the mood for THE EXPENDABLES 2 which is now busting balls on home video with a list made up of the cast from the testosterone fueling franchise. Dig the picks and tell your friends… all the cool kids are doing it. 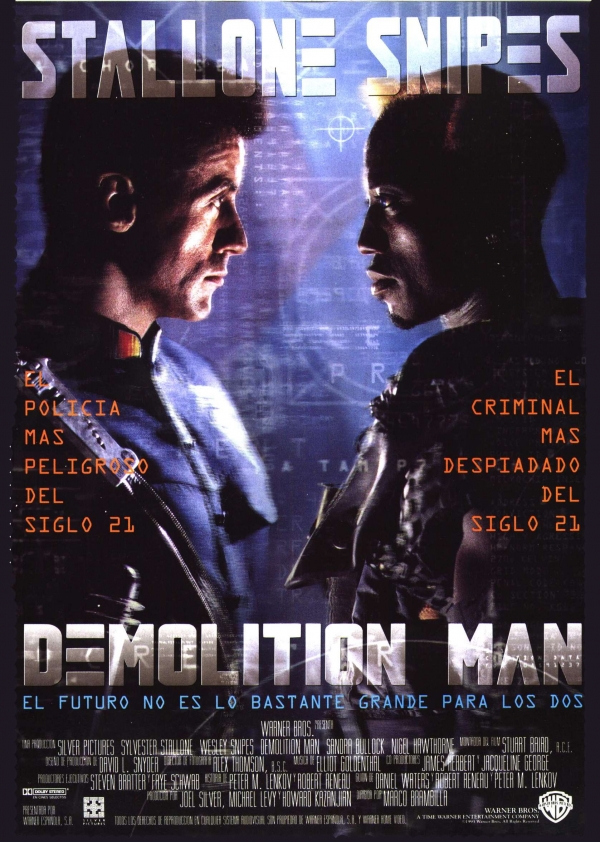 Those with bouts of logic and sanity need not apply, but this is a surprisingly fun script that delivers a solid vehicle for Stallone to trump an over the top Snipes. It doesn’t hurt to have Sandra Bullock walking around in spandex but that’s a story for a different day. Sly was hit and miss in the ’90s, with 12 films in the decade alone you can’t expect all of them to be winners, but DEMOLITION MAN is a fun ride. 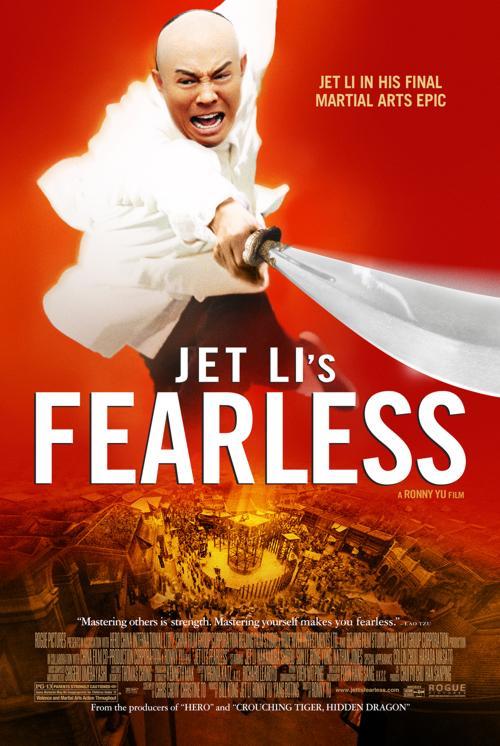 I think FEARLESS may have one of the greatest opening scenes in any Jet Li film. It’s a viscous fight that left me exhausted in all the best ways. The rest of the film fails to live up to what the opening minutes promise but it is still a piece of filmmaking filled with solid spectacle and the best of intentions. 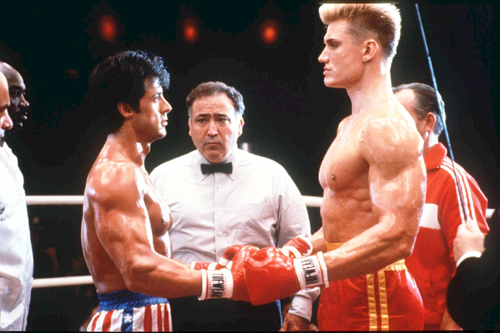 My name is Drago. I’m a fighter from the Soviet Union. I fight all my life and I never lose. soon I fight Rocky Balboa, and the world will see his defeat. Soon, the whole world will know my name. – Drago (Dolph Lundgren)

This isn’t Lundgren’s best role, I am a sucker for RED SCORPION, but it is hands down his most popular one. 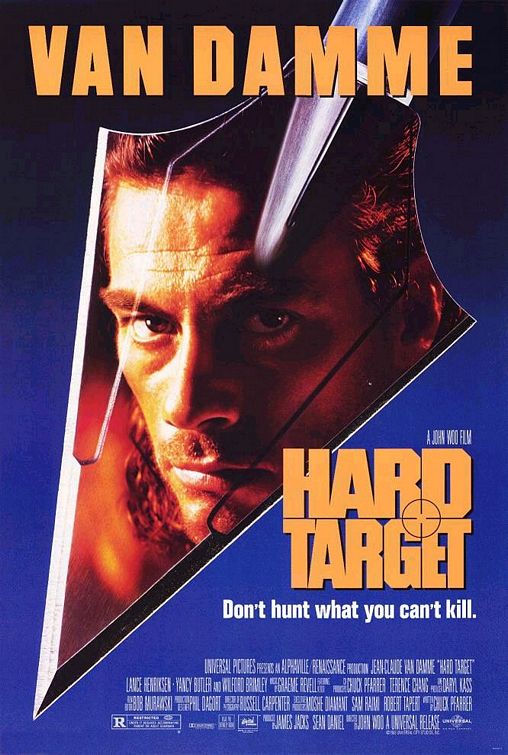 This is John Woo’s first big Hollywood film and unfortunately the script doesn’t have the strong story or subtext of his earlier efforts. But never fear, all you need when you have a shitty script is a few well executed actions scenes, Lance Henriksen, and Jean-Claude Van Damme sporting tight pants and a Richard Marx mullet. Fortunately for us he isn’t singing bad 80s love songs, unless you consider a foot in your face or some acrobatic gun-fu a love song, in which case he “sings” for the majority of the film. 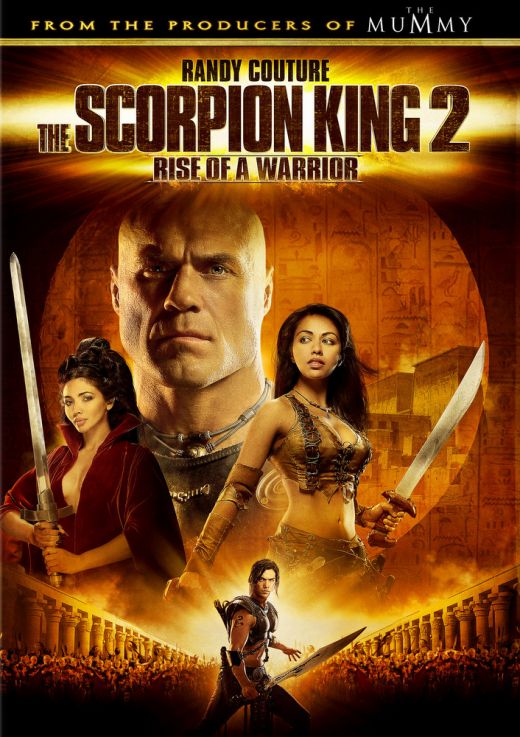 I have not seen this film, the options for Randy Couture cinema on Netflix Instant are pretty limited. Something tells me though that this flick is going to work well with approximately 5 or 6 beers and a good crew of buddies. 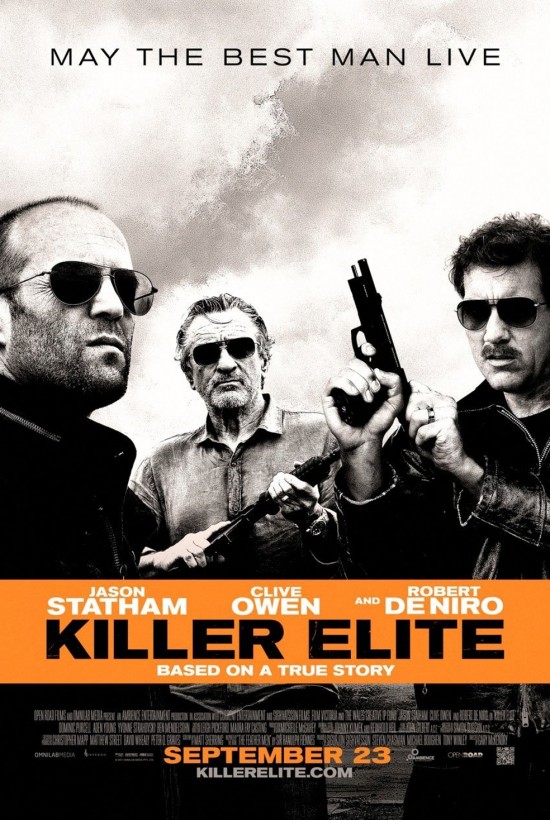 I freely admit to being addicted to Jason Statham movies, maybe it’s a man-crush, maybe it’s my love of brainless action films, but I dug this flick. The critics were nearly unanimous in their dislike for this but I think it was a decent director away from being a great film. As it is however, it has moments when it’s just too clumsy and chaotic, but the action and clever set-up make it worth a watch. 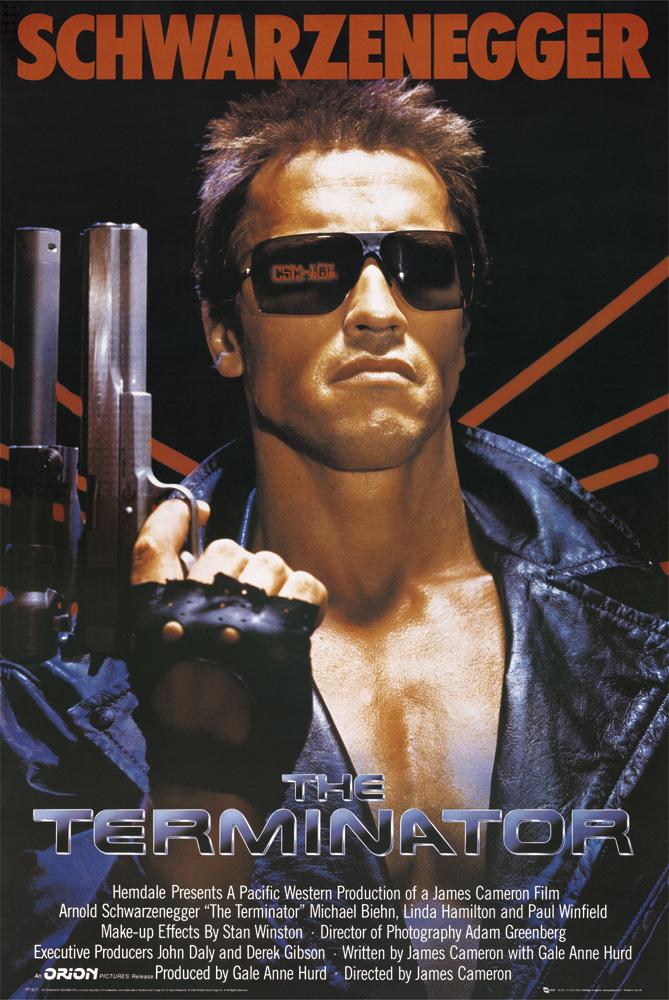 Listen, and understand. That terminator is out there. It can’t be bargained with. It can’t be reasoned with. It doesn’t feel pity, or remorse, or fear. And it absolutely will not stop, ever, until you are dead. – Kyle Reese (Michael Biehn) to Sarah Connor (Linda Hamilton)

Like TERMINATOR 2, this film is flawless in every way. Ambitious, thoughtful, and like The Terminator himself, operates at full strength throughout the entire running time. Like all good sci-fi it made an impact on the genre and popular culture that can still be seen today. 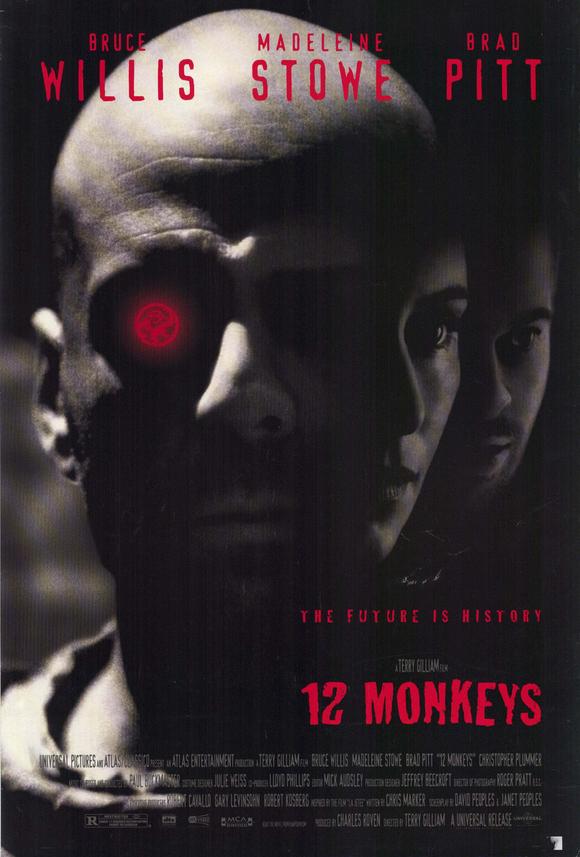 12 MONKEYS is smart filmmaking and director Terry Gilliam is right at home in a grim, dystopian future. Lead by Bruce Willis in one of his best roles, both Madeline Stowe and Brad Pitt also turn in terrific performances. This film may not be flawless, but it’s damn close. 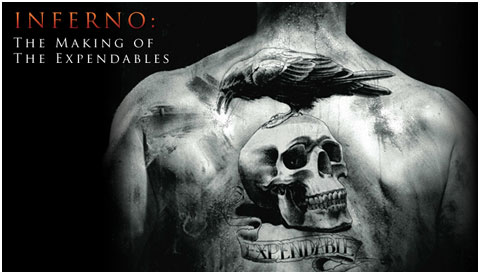 See how the journey started… 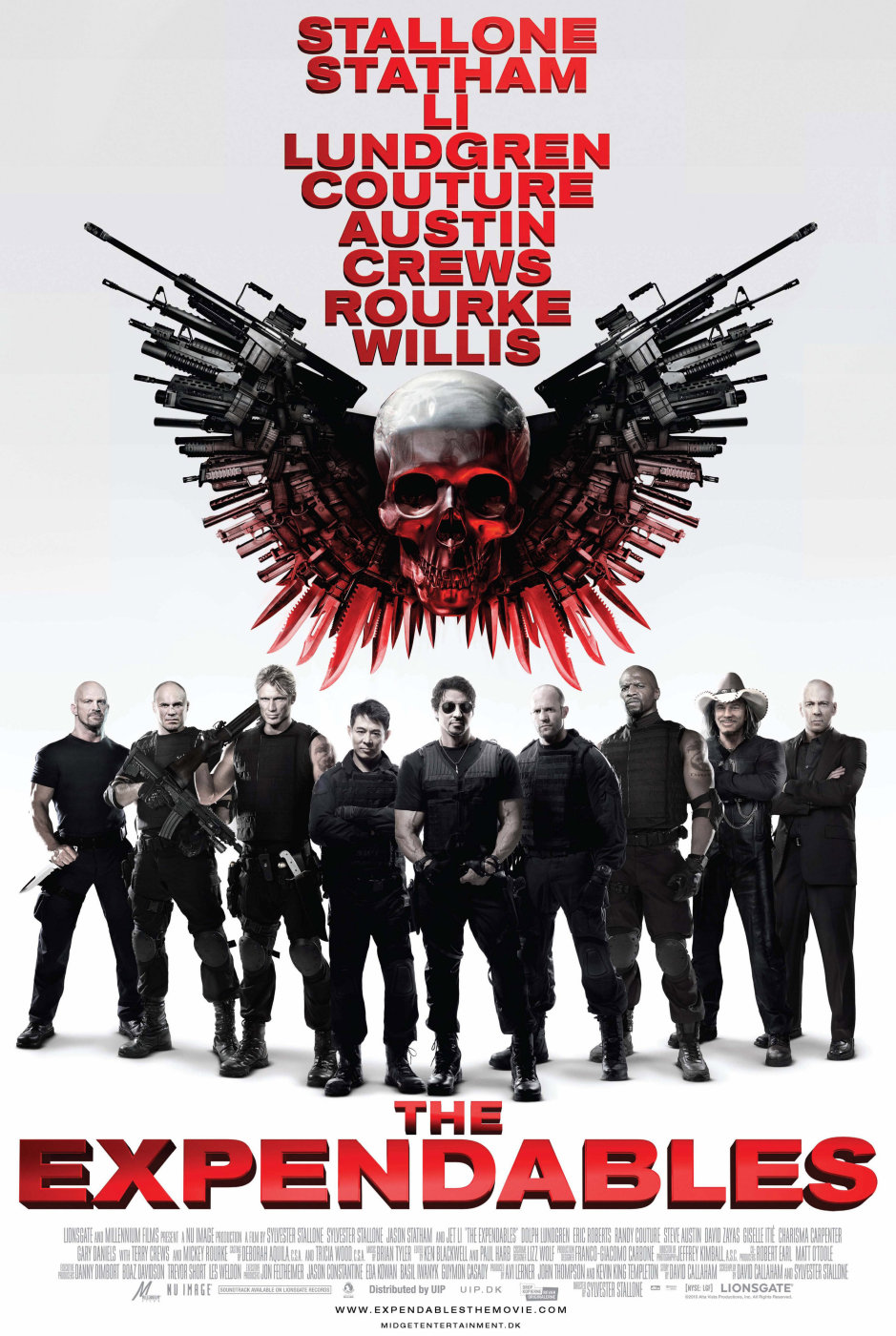 …and then get ready for the sequel. The first of many me thinks.