HEY BASTARDS. Welcome to another edition of PSYCHOTRONIC NETFLIX! This week we’ll be serving films best served cold in the form of tales of revenge! 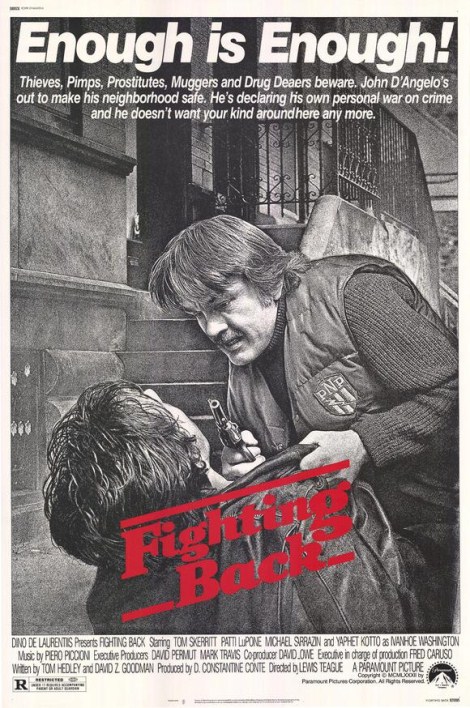 A Philadelphia show owner (Tom Skerritt) gets PUSHED TO THE EDGE by criminals in the area and organizes a group to fight back, but the group has their own issues in Lewis Teague’s deeper-than-normal flick, with Patti LuPone, Yaphet Kotto, Michael Sarrazin and David Rasche. 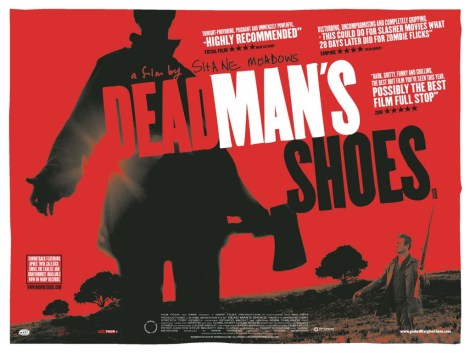 Shane Meadows is responsible for some of the best gritty films coming out of the U.K. in recent years, and this story of a soldier who comes home for revenge after being PUSHED TO THE EDGE when thugs beat his mentally disabled brother is no exception. Starring and co-written by Paddy Considine. 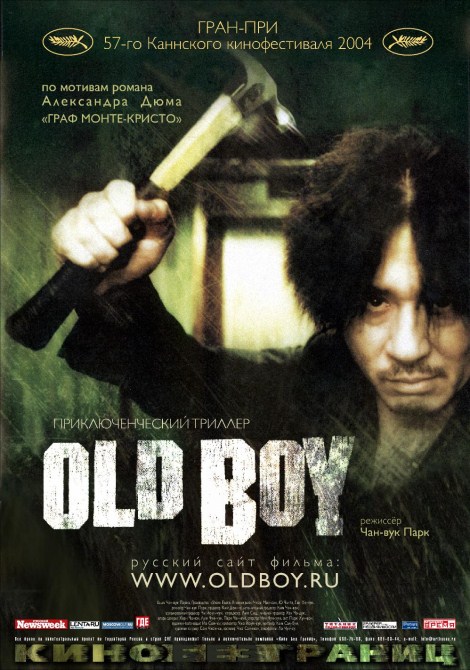 Trying to hold off early opinion on the upcoming Spike Lee remake of this is difficult, as Chan-wook Park’s original is so damn good. Min-sik Choi stars as a man who’s been inexplicably kidnapped for 15 years, which PUSHES HIM TO THE EDGE once he gets out and tries to go after his captor. Saying more would spoil things, but no self-respecting cult movie fan should miss it. 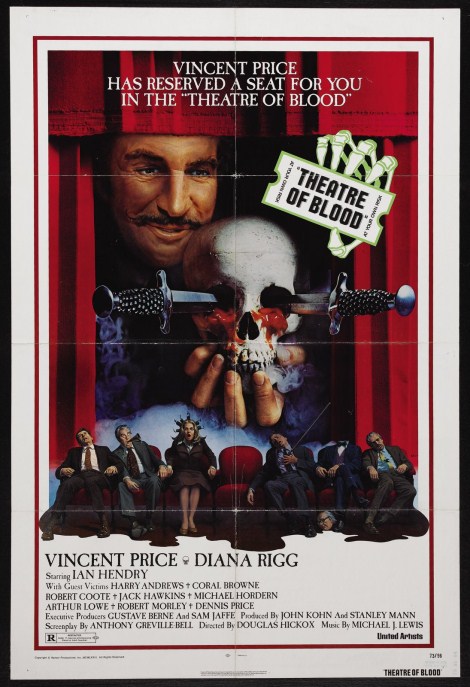 Vincent Price is in perfect form as a hammy Shakespearian actor who PUSHES HIMSELF OFF THE EDGE of a building and starts offing the critics that mocked him in reference to Shakespearian deaths after they believe he’s dead in Douglas Hickox’s blend of gore and gallows humor, with Diana Rigg, Ian Hendry, Milo O’Shea, Harry Andrews, Diana Dors, Price’s wife Coral Browne, Dennis Price and Robert Morley. 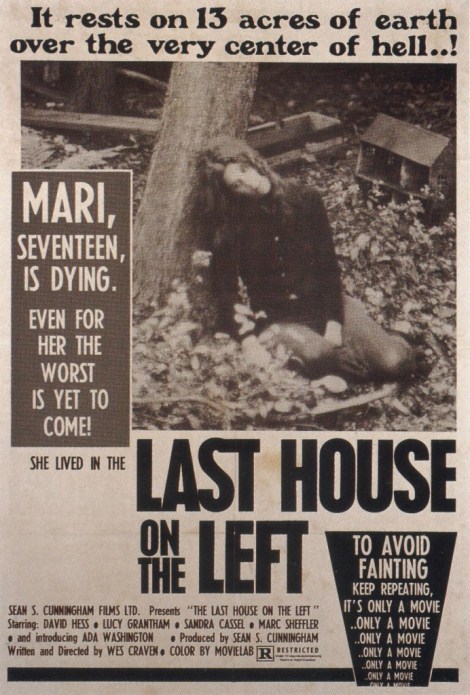 Wes Craven’s grindhouse classic about a pair of teenage girls attacked by convicts, and the parents of one of the girls who get their revenge, has some amazing moments and a great psychotic performance by David Hess, even if the comedic scenes involving a pair of cops completely destroy the tone. More admirable than “good,” it’s still one of those movies that “has to be seen.” With Martin Kove as the deputy… 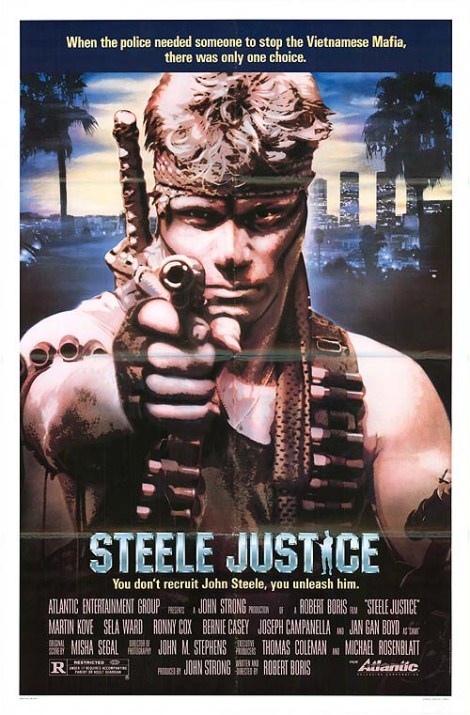 …who starred in a much more standard, yet enjoyable, revenge pic as Vietnam vet-turned-cop John Steele, who deals out justice (get it? Steele? Justice? The ‘80s were amazing.) against a drug lord with his gun that shoots knives. He also has a snake. And he plays by his own set of rules. Sela Ward, Ronny Cox, Soon-Tek Oh, Bernie Casey and Sarah Douglas co-star in this typically goofy action pic, directed by Robert Boris, the screenwriter of ELECTRA GLIDE IN BLUE and DOCTOR DETROIT. 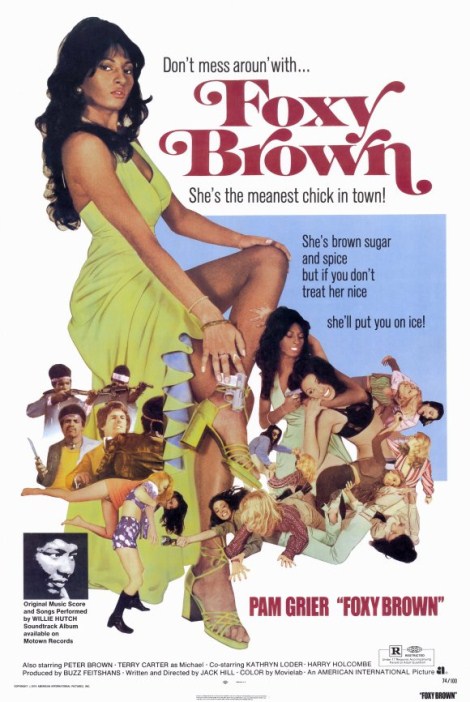 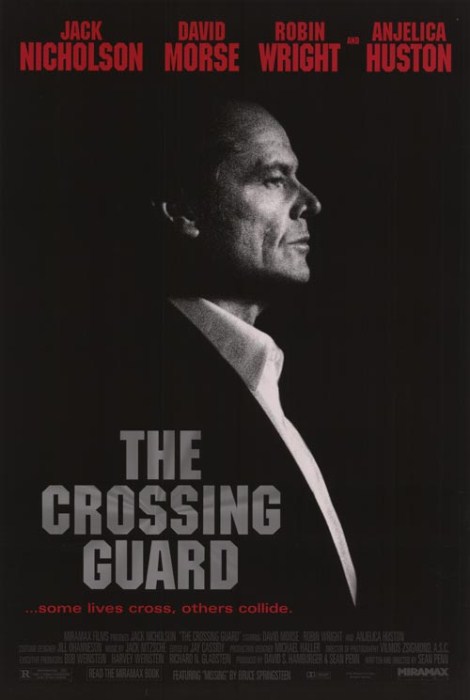 Jack Nicholson phones in performances a lot these days, but he’s fantastic in Sean Penn’s underrated slow-burn drama about a man who’s waited six years to get back at the man who killed his daughter in a hit and run accident, and finds himself growing obsessively disturbed. With David Morse, Anjelica Huston, Robin Wright, Piper Laurie, John Savage, Priscilla Barnes and Kari Wuhrer. 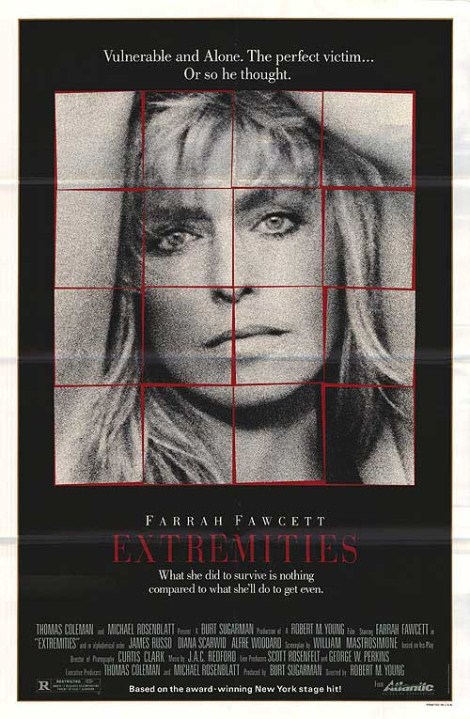 The late Farrah Fawcett turns the tables on an intruder (James Russo) who attempts to rape her and imprisons him in the fireplace, but soon finds her story questioned by her roommates (Alfre Woodard and Diana Scarwid) when the intruder tries to make her the bad guy. While fairly stagey and occasionally feeling like a TV-movie, Russo makes a great psycho, and there’s a fair share of tense moments to be had. Plus, Farrah goes batshit! 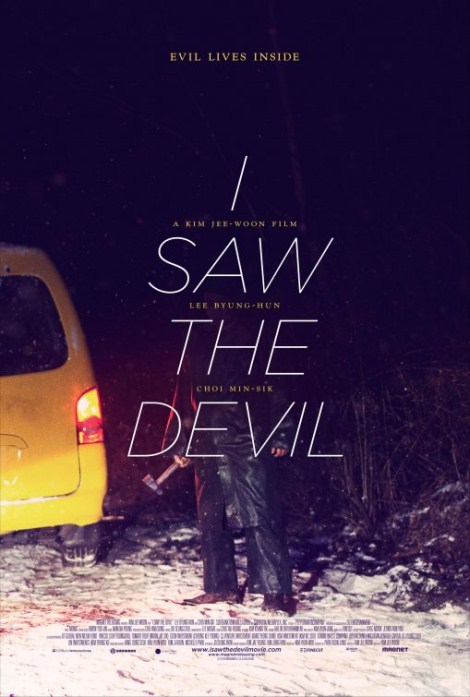 After his pregnant finacee is murdered, a secret agent goes on a quest for to get revenge no matter who or what gets in his way in Jee-woon Kim’s brutal, superbly-made crime thriller that’s beautifully stunning even when the murders get unbelievably grisly. Highly recommended – don’t be put off by its’ two-and-a-half hour running time.