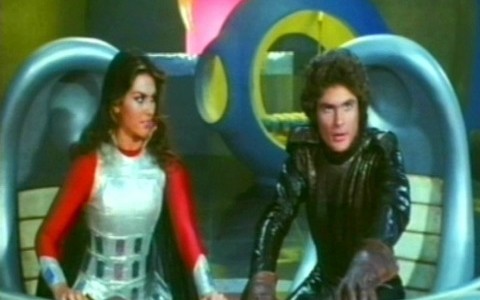 HEY BASTARDS. Welcome to another edition of PSYCHOTRONIC NETFLIX! This week we’ll be going back in time to the year that inspired at least two songs, 1979! We’ve already recommended THE EVICTORS, LAST EMBRACE and ROLLER BOOGIE, but let’s see what other cinematic treasures we can dig up! 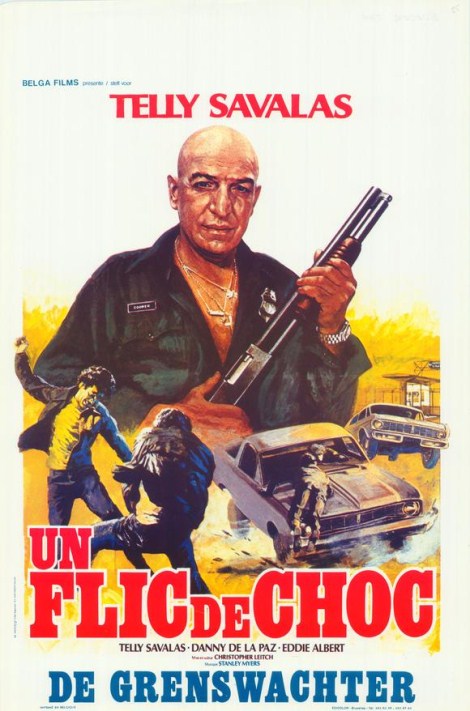 Any movie where Telly Savalas is a badass is worth a look, and this flick from Christopher Leitch (TEEN WOLF TOO) starring the ex-Kojak as the title U.S./Mexico law enforcer who helps stop an immigrant smuggling ring is no exception. It’s not great, but it’s a solid time waster, though I should warn you about the scenes with graphic slaughterhouse footage. 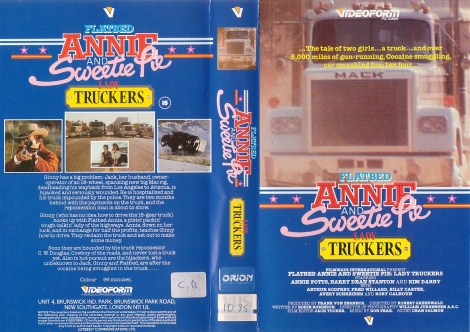 Sure, it’s a TV movie, so don’t expect this to be up to the drive-in quality of a ’70s trucker film, but this has Annie Potts and Kim Darby (TRUE GRIT) as lady truckers! Imagine, truckers who are ladies! The two hit the road to avoid a repo man and try to make enough money to pay him off. With Harry Dean Stanton, Fred Willard, Avery Schreiber, Rory Calhoun, Rance Howard, Joe Estevez, Arthur Godfrey and, oddest of all, Billy Carter. (There’s no proof that his appearance in this movie cost his brother the 1980 election, but who can really say?) 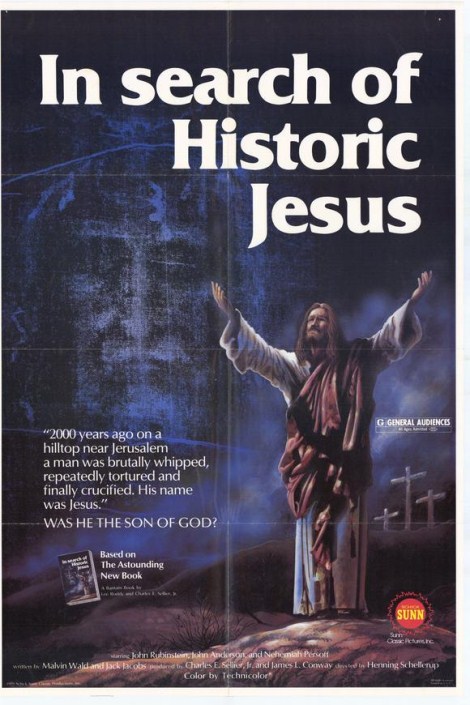 Sunn Classics was the master of ridiculous docudrama in their time, and their take on the story of Christ was an impressive cheap con job in its’ day. It’s now just a laughably campy timepiece, with recreations of Biblical stories paired with interviews from alleged “experts.” 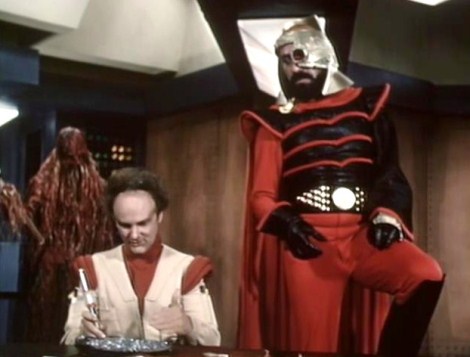 I don’t point out a lot of TV shows in this column, but this short-lived Space Command spin-off about an officer (Craig Litter) fighting evil… IN SPAAAAAAACE! has a place in my heart for the casting of CLEOPATRA JONES’ Tamara Dobson, STAR TREK’s James Doohan and Sid Haig, the latter in great scenery-chewing mode as the villainous Dragos. 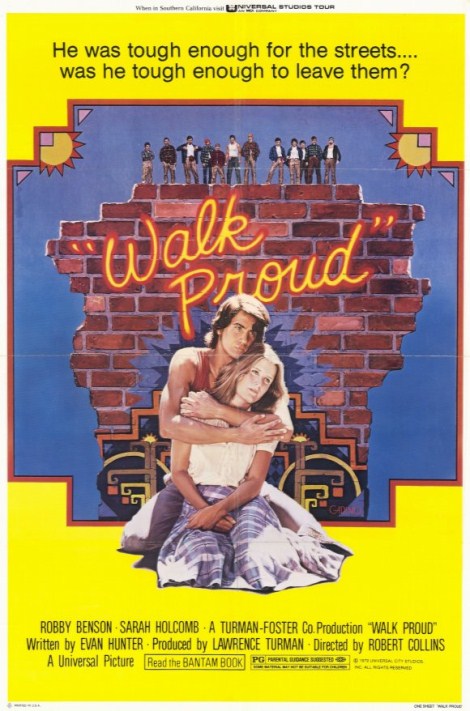 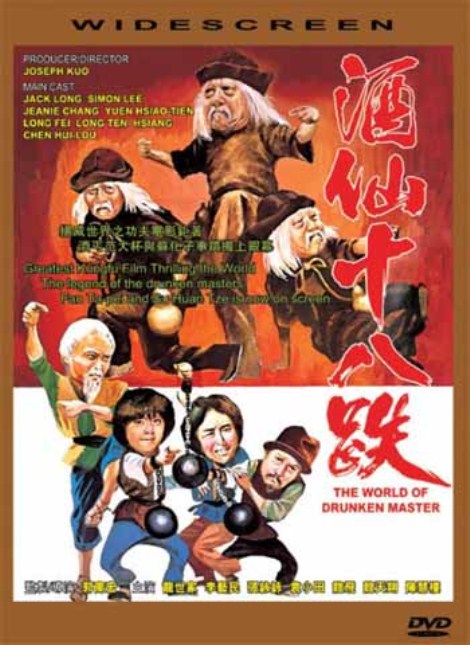 It didn’t hit the U.S. until 1982, but Joseph Kuo’s comic martial arts flick, a semi-sequel to Jackie Chan’s DRUNKEN MASTER with an entirely different cast, is still an entertaining piece of 42nd Street-level action cinema with some fine fighting sequences and a goofy plot. It may, however, help if you’re as intoxicated as the characters on screen appear to be. 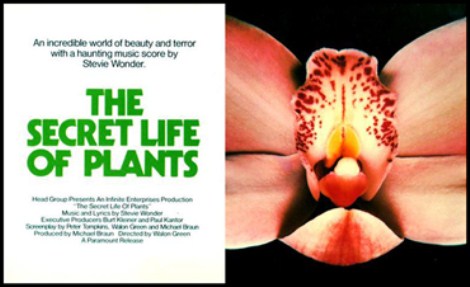 As SHOCK CINEMA magazine notes in their review, this G-rated “documentary” is has moments of being a true whacked-out head flick, with lots of stop motion plant footage, new agey ideas and a groovy experimental soundtrack by Stevie Wonder. 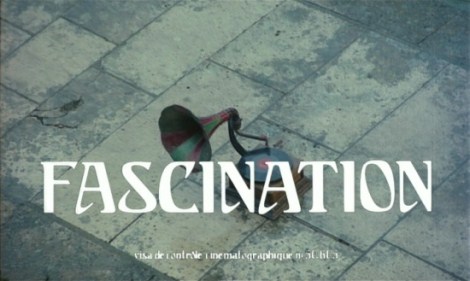 Jean Rollin’s films are certainly an acquired taste, and this film is probably not a good one for newcomers, but those who don’t mind “dream-like” over “coherent” should enjoy this story of a wounded robber who takes refuge in a large mansion owned by two women whom he takes hostage, but they just want him to stick around for their party. Then things get weird. 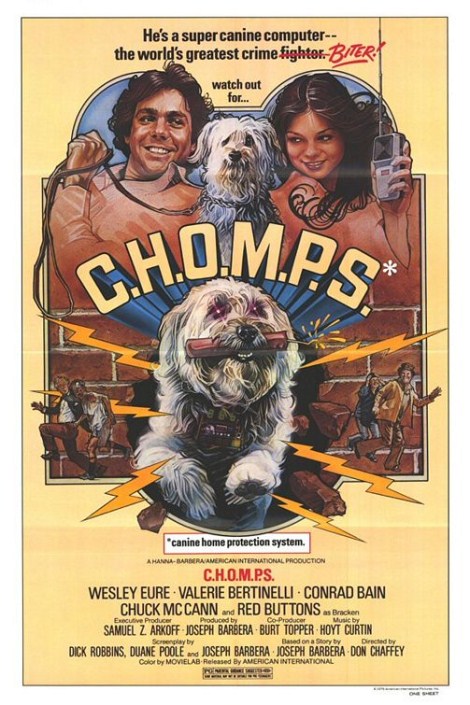 The third G-rated film in this list (!) is the sole effort from a partnership between American International Pictures and Hanna-Barbera (!) about a robot security dog made to attempt to cash in on the Benji craze, though it’s an entertainingly odd kid’s movie in it’s own right, with a cast that includes Conrad Bain, Red Buttons, Valerie Bertinelli, Jim Backus and Chuck McCann.

Caroline Munro in a skimpy space babe outfit. David Hasselhoff with a light saber. Christopher Plummer as the benevolent emperor. Marjoe Gortner is the hero. Joe Spinell chews scenery. While technically released in Italy in 1978, I’ll allow Luigi Cozzi’s batshit STAR WARS rip-off because it didn’t show up on our shores until 1979, and it’s so damn entertaining.