HEY BASTARDS. Welcome to another edition of PSYCHOTRONIC NETFLIX! This week we’ve got Vikings vs Indians, a JAWS rip-off and women in prison! It should give you enough to keep yourself busy all weekend. 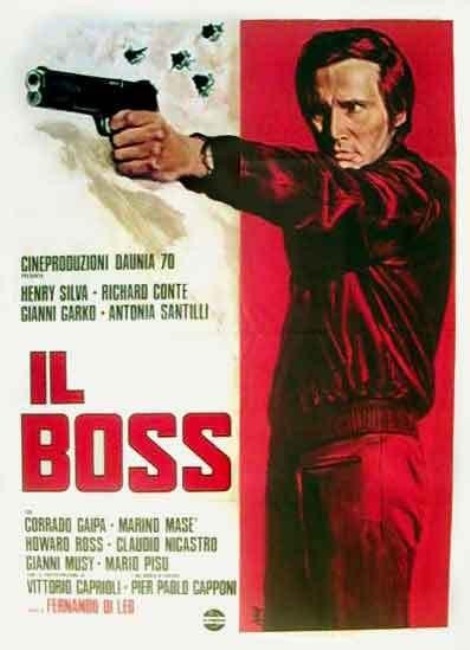 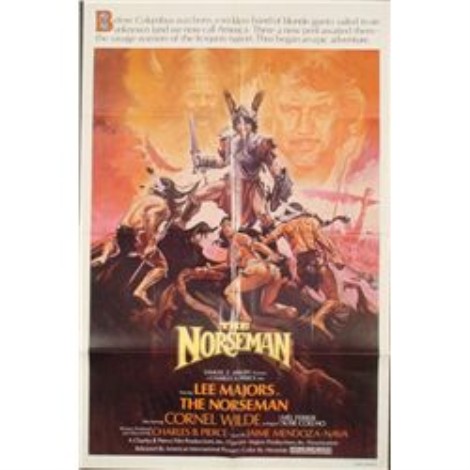 Lee Majors, Viking! For sheer historically inaccurate cheese, you can’t beat this treasure trove of goofiness, as Majors, Cornel Wilde, Mel Ferrer, Jack Elam and football legend Deacon Jones(!) find themselves slumming in an 11th century-set adventure flick about a Viking prince sailing to the future America to find his father, who, of course, has been captured by Indians. LEGEND OF BOGGY CREEK director Charles B. Pierce even cast his son. They don’t make crap like this anymore. 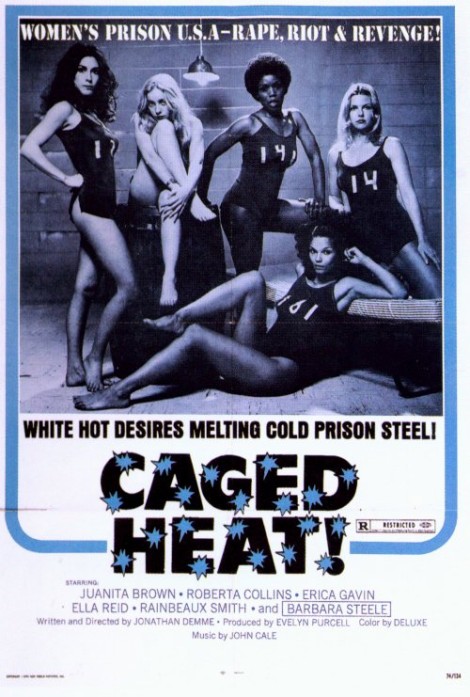 One of the best women’s prison movies ever made, Jonathan Demme’s drive-in classic gives the genre a sense of humor without descending into parody, as a new fish (Erica Gavin) is sent to a tough women’s prison and teams up with fellow babes behind bars to arrange an escape. With Cheryl “Rainbeaux” Smith, Roberta Collins, Juanita Brown and Barbara Steele as the sadistic, parapalegic warden. 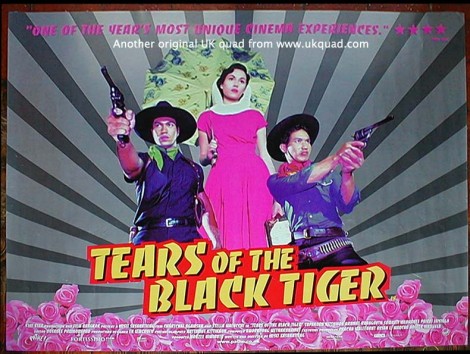 Colorfully lensed in pastels, this oddball film from Thailand’s Wisit Sasanatieng weaves madly between comedy and melodrama, like Guy Maddin directing a homoerotic western version of a Douglas Sirk film. The plot is negligible, with a pair of star-crossed lovers set apart by her commandeering father and his lower-class banditting ways, but the visual quirks make this an impressively unique spectacle. 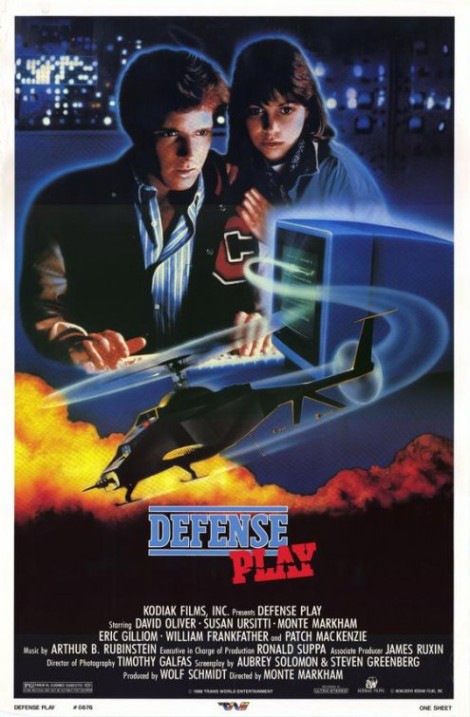 Return to the land of cold war teen thrills! In actor/director Monte Markham’s rip-off of WARGAMES and AIRWOLF, a couple of all-American teens (David Oliver and TEEN WOLF’s Susan Ursitti) get involved in a KGB plot to steal a top secret Air Force stealth helicopter being produced at their local university. An entertaining bit of nostalgia that’s a perfectly fine way to waste an hour and a half. Markham later directed the underrated post-apocalyptic STAGECOACH remake NEON CITY. 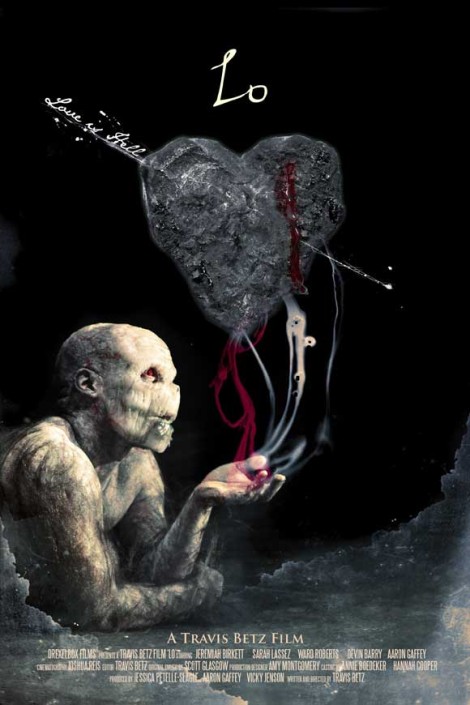 Shot on one set, this story of a man who contacts a demon in order to help him rescue his girlfriend isn’t a traditional horror film, but it makes up in ingenuity and clever dialogue what it lacks in budget. Ward Roberts and Jeremiah Birkett (under excellent makeup) star in Travis Betz’s minimalist, and surprisingly sweet, little opus. 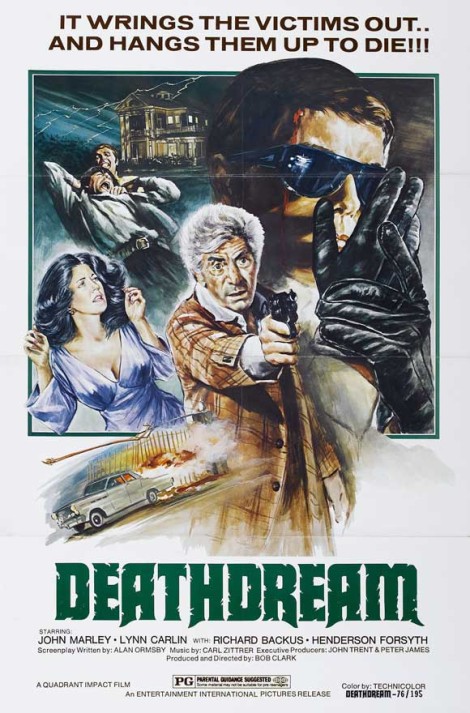 Bob Clark’s take on “The Monkey’s Paw” story has a Vietnam veteran coming back home after his family had been notified of his death when his mother wishes him back to life. Naturally, something is very, very wrong. Bob Clark’s films are either great or terrible, and this one, mixing horror with solid character development and social subtext, is firmly one of the former. 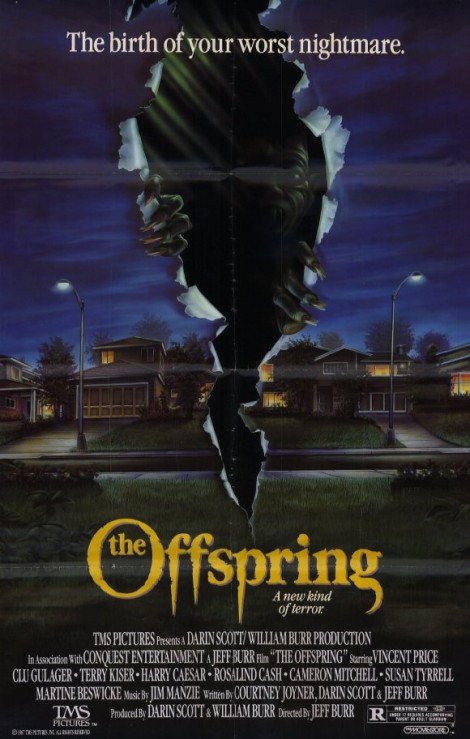 Vincent Price documents the history of a perennially-doomed Tennessee town to reporter Susan Tyrrell in the wraparound segments of this fun horror anthology from Jeff Burr. Among the cast in the four stories are Clu Gulager, Terry Kiser, Rosalind Cash and Cameron Mitchell, and they’re all solidly gruesome tales, making this one the ‘80s best multi-story horror pics. 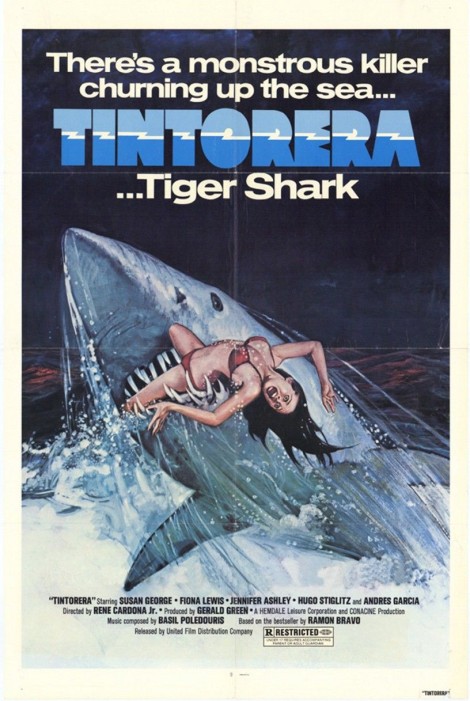 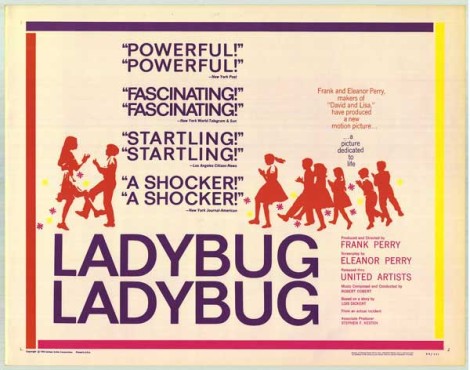 One of the most underrated and little-seen of the nuclear paranoia movies of the ‘60s, future MOMMIE DEAREST director Frank Perry’s drama about a group of rural school children and employees reacting to an imminent nuclear holocaust packs a powerfully eerie punch, even today. The cast is mostly kids and familiar character actors like William Daniels, James Frawley, Nancy Marchand and Estelle Parsons.