HEY BASTARDS. Welcome to another edition of PSYCHOTRONIC NETFLIX! With DJANGO UNCHAINED on everyone’s mind, today we’ll be checking out ten of the best westerns available on Netflix streaming — ONCE UPON A TIME IN THE WEST and THE MERCENARY have been name-checked the last couple of weeks, but here’s another batch for your six-shooting enjoyment! 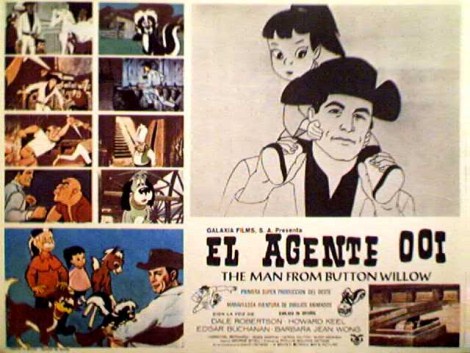 Nothing says “gritty, ramshackle western” like an obscure animated feature from from the director of SHINBONE ALLEY and music by Howard Keel. Okay, there’s nothing particularly unique about this flick about a government agent sent to stop land profiteering, but it’s one of the few westerns that you can be guaranteed had no influence whatsoever on DJANGO UNCHAINED. 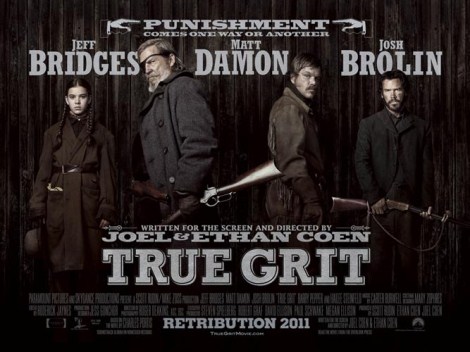 Plenty of people prefer the 1969 film (also on streaming) with John Wayne as Rooster Cogburn, a U.S. Marshall paid by a young farm girl to get her father’s murderer, but the Coen Brothers did an amazing job with the remake, and Jeff Bridges’ performance doesn’t suffer from being a Wayne impersonation. With Hailee Steinfeld, Matt Damon, Josh Brolin and Barry Pepper. 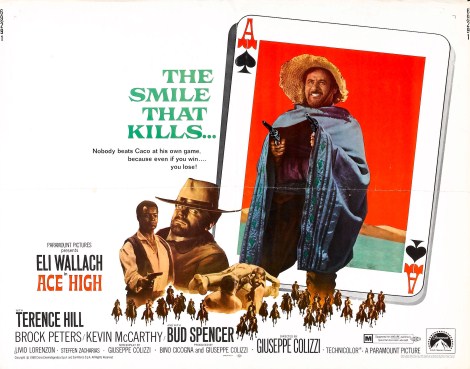 Tarantino name-checked Giuseppe Colizzi’s follow-up to GOD FORGIVES… I DONT!, featuring Terrence Hill and Bud Spencer going after a bandit (Eli Wallach) who steals their money and horses, in his list of “Top 50 Sequels” in Video Watchdog. It’s really Wallach’s show as he schemes to use the pair to his advantage. With Brock Peters and Kevin McCarthy. 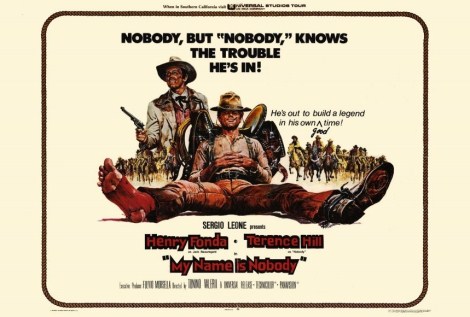 If that’s too much Wallach and not enough Hill for you, you can get more Hill for your buck with Tonino Valerii’s more comedic flick (with a story by Sergio Leone) as he plays a young gunman who idolizes an elder statesman of the art, played by Henry Fonda. With R.G. Armstrong, Geoffrey Lewis and Leo Gordon. 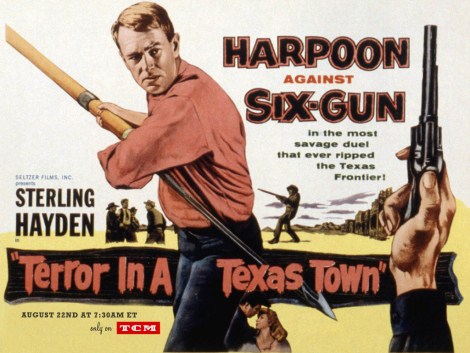 Sterling Hayden as a harpoon-slinging Swedish whaler? Sure, why the hell not, as Sterling Hayden out for revenge (against Sebastian Cabot!) is always a good thing in this character-driven, intense thriller written by Dalton Trumbo. 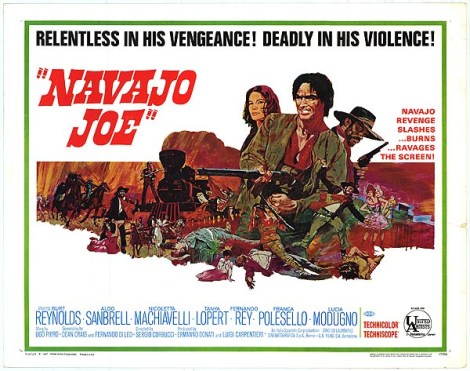 Another film Tarantino has name-checked recently is Sergio Corbucci’s tale starring Burt Reynolds as a Native American who takes revenge on those that killed his wife. Fairly violent for its’ time and with a great score by Ennio Morricone, it’s enough to make you look past the miscasting of Reynolds. With Fernando Rey. 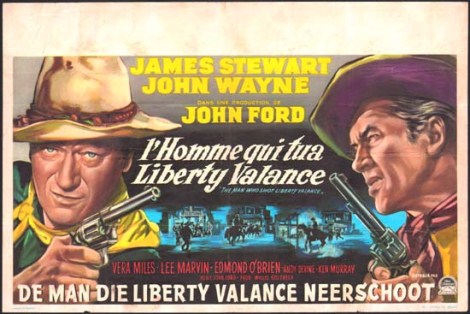 The only John Wayne film on this list is John Ford’s excellent late-period examination of the western genre that questions the idea of heroes and villains with one of the best casts of any film in the field: Jimmy Stewart, Lee Marvin, Vera Miles, Edmond O’Brien, John Carradine, Woody Strode and Strother Martin, to name a few. 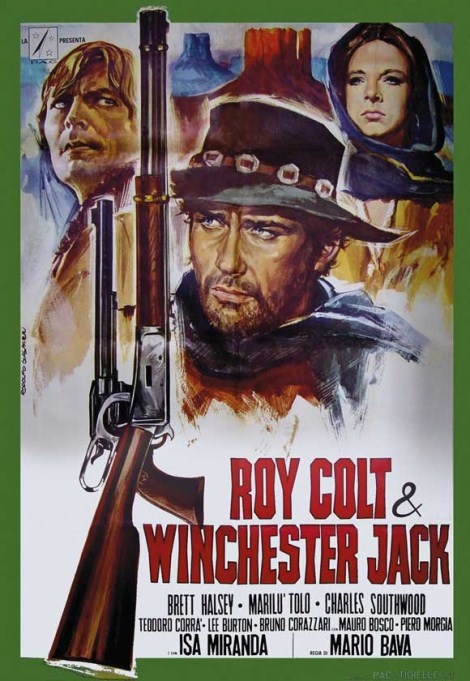 Mario Bava’s sole western (with the exception of 1964’s little-seen THE ROAD TO FORT ALAMO – Thanks, Brian Bankston!) isn’t a classic, but it’s an interesting enigma, as two outlaws (Brett Halsey and Charles Southwood) compete for a treasure map leading to buried gold. It’s more lowbrow and fun than exciting, but it’s worth a look for Bava completists. 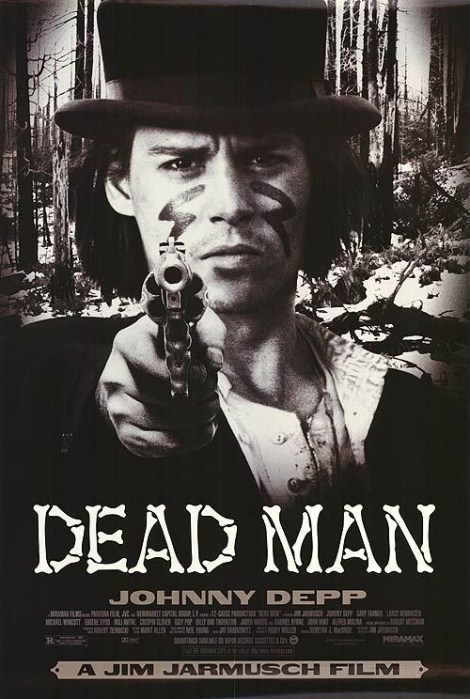 In Jim Jarmusch’s prequel to THE LONE RANGER, we discover Tonto’s origin, which involves Gary Farmer reciting poetry, Lance Henriksen eating his parents and Crispin Glover pointing out men that are shooting buffallo. With Michael Wincott, John Hurt, Iggy Pop, Robert Mitchum, Gabriel Byrne, Jared Harris and Mili Avital. (Please do not go into DEAD MAN thinking it is a LONE RANGER prequel. But it’s a great film, a moody, atmospheric tale of life and death.) 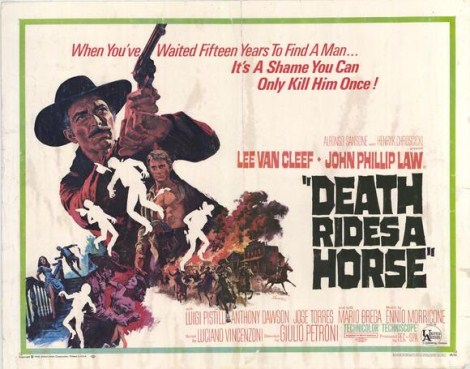 There’s plenty of crappy-looking PD prints out there, but thankfully, Netflix has a beautiful widescreen version of Giulio Petroni’s classic spaghetti western that finds a man seeking vengeance for the death of his family (John Phillip Law) with the help of an ex-con (Lee Van Cleef). An uneasy relationship forms between them, resulting in one of the finest Italian westerns ever made, especially if you factor out the ones directed by Leone or Carbucci.

And speaking of Van Cleef, this gives me a chance to post Primus’s great homage to the man, as listed in my Top 10 Grindhouse Music Videos of 2012.