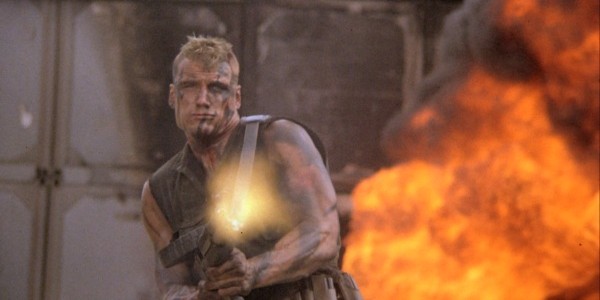 The all-star-cast–of-a-certain-age action pic RED 2 opens soon, so I figured I’d use it as an excuse to come up with ten color-coded flicks streaming on Netflix for your enjoyment. (Be warned, there’s a lot of red.) There should be enough here to ensure your weekend won’t suffer from color-blindness, so click on the box art to go straight to adding the title to your queue.

Paul Naschy is top-billed, but he spends most of this crime flick’s running time unconscious, as a criminal injured in a robbery who needs a brain transplant. It’s one of Naschy’s lesser efforts, but it’s got a certain eurotrash charm.

There have been a number of cinematic versions of Charlotte Perkins Gilman’s short story about a woman who slowly goes mad in her attic, but this one features Veronica Cartwright, Juliet Landau and Michael Moriarty!  Directed by Logan Thomas, the director of the Los Angeles Fear and Fantasy Film Festival.

This all-star thriller about a pair of parapsychologists investigating a well-regarded psychic was barely released last year, but it certainly worth a look, and would make a solid substitute if you decide to pass on THE CONJURING.  (Though you shouldn’t, read our review here.)

The joys of “Cinemagic” bring Ib Melchior’s AIP-produced sci-fi flick to life, as a freaked out member of a Mars expedition returns to Earth and others try to figure out exactly what happened to the rest of the crew.  There are giant monsters with rotating single eyeballs!

Joseph Zito’s Dolph Lundgren-starring action pic about a Soviet operative who turns the tables on his allies is nearly as entertaining as the backstory, which includes its controversial filming in the then-apartheid laden South Africa and the production connections to convicted lobbyist Jack Abramoff.  With M. Emmet Walsh and Brion James!

Laance Henriksen narrates Andrew Monument’s examination into what makes horror films so compelling, featuring a huge roster of talking heads, ranging from Larry Cohen and Joe Dante to writers Tony Timpone and John Kenneth Muir.  And Roger Corman, without whom it is illegal to make an exploitation film documentary.

The link goes to the first film, but the whole trilogy is available, and this series chronicling the search for the person behind a series of serial killings with each chapter set in a different year with unique characters and director, is worth the ride.  Among the cast are Andrew Garfield, Paddy Considine, Peter Mullan, Sean Bean and Mark Addy.

Errol Morris rose to prominence with his 1988 documentary examining the case of a man imprisoned in Dallas County, Texas, which eventually lead to his release.  Not, however, poweful enough to get an Oscar nomination, because the Academy is insane.

Mario Bava’s tale of a witch who returns from the grave to take revenge on the ancestors of those that destroyed her isn’t actually one of my favorites of his (I know, blasphemy) but it’s anchored by Barbara Steele, whose hypnotically beautiful and frightening presence takes the film into unchartedly creepy territory.

It’s best to go into Shane (PRIMER) Carruth’s inventive thriller blind, as mentioned in our write-up on the film here.