You’re under arrest, sugar! And unless you’ve been hoarding Monopoly cards, you’re going directly to jail for this edition of Psychotronic Netflix, featuring ten flicks about folks trapped behind bars. So ready your shiv and click on the box art to go straight to adding the title to your queue.

Made as part of Showtime’s “Rebel Highway” series, John McNaughton’s “remake” of the 1956 Edward L. Cahn pic has the distinction of being written by Sam Fuller, though the tale about a singer (Missy Crider) who ends up framed and behind bars isn’t as good as you’d hope.  With Ione Skye, Anne Heche and Jon Polito.  (Polito does not play one of the title characters.)

Tom Laughlin reprises his role as the half-Navajo butt-kicker in this courtroom-heavy follow-up, though he spends most of the film in jail for the events of the first film.  It’s nearly three hours long, because.. er… freedom.

Technically a remake of the 2001 German film of the same name (only, natch, in German), Paul Scheuring’s take on the Stanford Prison Experiment psychological study is worth seeing as well, featuring a solid cast including Adrien Brody, Forest Whitaker, Clifton Collins Jr., Fisher Stevens and Maggie Grace.

Occasionally, the direct-to-video sequel is better than the original, as is the case to this follow-up to the unneeded remake of the Paul Bartel classic.  A prequel that follows the first “Frankenstein”‘s exploits (disappointingly, not David Carradine) and the origins of why prisoners are being forced to compete in races… to the death, Roel Reiné’s energetic car explosion flick stars Luke Goss, Sean Bean, Ving Rhames, Robin Shou and Danny Trejo.  The third one’s not bad either.

The same can be said for Isaac Florentine’s sequels to the mostly-forgotten Wesley Snipes prison fighting flick, as Scott Adkins steps into the ring after the injuries sustained during UNDISPUTED 2, which, sadly, isn’t available on streaming.  What the hell?  In any case, fine fight sequences and some decent performances ensue.

It’s a prison break-in(and out) film… IN SPAAAAAACE! Guy Pearce stars in this Luc Besson-produced pic that Johnny A-Bomb had a lot of fun with, as you can see by reading his review here.

Jack Hill made a name for himself with this Filipino women-in-prison classic, as a group of Long Time Women (including Pam Grier and Roberta Collins) escape their chains thanks to a pair of fruit vendors.  Sid Haig co-stars, and if you need a great intro to the world of Filipino women’s prison flicks, here’s where to start. 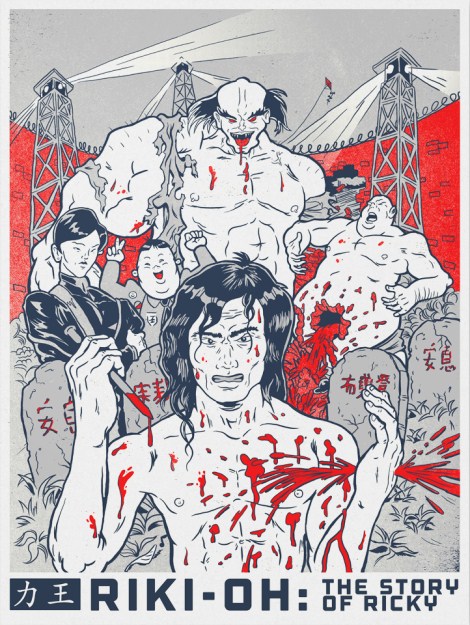 No self-respecting cult movie fan should go without seeing this amazingly gory and insanely entertaining prison flick about a super-strong fellow sent to prison and tries to clean up the system from within. Best paired with a group of similarly-minded friends and a case of beer.