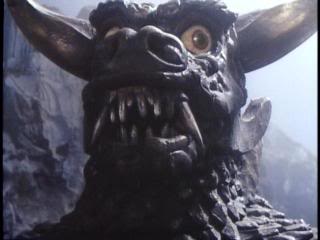 According to his official biography, the birth of Kim Jong-il was foretold by a swallow, and marked by the appearance of a double rainbow (SO INTENSE!). Needless to say — though it will be reinforced several times in this review — the guy was a complete nut-ball, and professed expertise in subjects as far-ranging as golf, the internet, and — of course — film-making.

In fact, Kim Jong-il loved movies, and was reportedly obsessed with such cultural icons as James Bond, Elvis Presley and (and this will become important in a moment) GODZILLA. As Kim was taking over from his father as “dear leader” in the 1980s, he decided that it was important to kick the North Korean film industry into high gear. After all, this was the guy who wrote the book on directing. Now, he could have opened up film schools or poured money into the technical training of potential filmmakers and eventually produced a solid, internationally renowned cabal of filmmakers (like South Korea has produced since 2000).

But forget that noise. Instead, he decided to kidnap a well regarded South Korean director and forced him to make critically acclaimed propaganda films for North Korea! Yes. This happened.

The director in question was Shin Sang-ok, who had directed and produced a string of beloved Korean films through the 1960s and 70s. After the kidnapping of his ex-wife in Hong Kong in 1978, Shin traveled to China to investigate and was promptly ALSO kidnapped and brought to North Korea on the instruction of Kim Jong-il. After an appropriately harrowing amount of brainwashing, torture, imprisonment and forcing Shin to re-marry his ex-wife, he was eventually brought to Pyongyang in 1983 and was promptly forced into the North Korean film industry. You see, Kim Jong Il recognized that North Korea needed a bold new vision to introduce themselves to the world cinematic stage.

What was that vision? 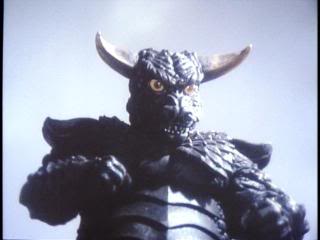 Thankfully Shin Sang-ok and his wife were able to escape before PULGASARI was complete — which led to his name being removed from the credits — but we’re left with a rare artifact that may or may not (opinion seems to vary) have ever actually been screened in North Korea.

Of course, the plot doesn’t exactly resemble a traditional kaiju film. It’s begins with a peasant revolt, and the king deciding to confiscate all the available iron from a poor farming village so that the local blacksmith can forge weapons. The blacksmith, being a sympathetic fellow, hides the iron instead and blames its disappearance on an iron-loving monster named PULGASARI. The king is — understandably — upset at this news, and decides to imprison and starve the blacksmith until he gets the truth. Before his death, the blacksmith fashions a small figurine, which his daughter eventually comes to own and, eventually bleed on. Soon, the figurine has (unconvincingly) come to life and begun to eat everything in sight made of iron! UH-OH! Pulgasari grows rapidly from this iron intake and soon helps the villagers as they revolt against the rich king. Eventually the peasants overtake the leaders, but now find themselves at the mercy of Pulgasari who continues to munch on their farming tools. It’s up to the blacksmith’s daughter to cry, and cry and cry and sacrifice herself for the greater good. 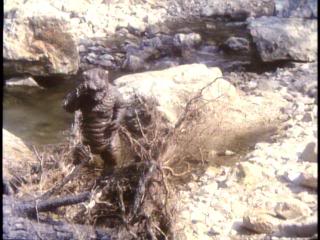 What strikes the viewer early into PULGASARI is that this is a film with a point to make. Unlike the dozens of GODZILLA and GAMERA films, which tend to be set in major city centers, this takes place mostly in and around a poor and repressed village in 14th century Korea. There are no spaceships or science fiction elements (except some out-of-place rockets that appear near the end), and instead of being the result of radioactive fallout, Pulgasari springs to life from the collective will and need of the people. It’s difficult to watch the film without wanting to unravel its political symbolism, particularly in regards to its views on a poor underclass standing up to a military regime and that the monster (representing capitalism?), once a savior of the people, almost leading to their destruction. Or that could all be nonsense, and it might just be a really good excuse to smash up some neat models.

Also, despite the rather limited scope of locations in the film, there are literally thousands of extras onscreen during some of the battle scenes. While not unheard of in epic Hollywood films, the sheer numbers of extras in the film are impressive to witness, though again demonstrates the power of the political machine behind the film’s production.

Pulgasari him(her?)self is an imposing creature once he reaches full size, though his early appearances give off an annoying SON OF GODZILLA vibe that had me fearing the worst. The suit seems fairly stable, though the blank eyes give their share of unintentional laughs. Staff from Toho actually worked on the special effects of the film, including Kenpachiro Satsuma, the Godzilla actor at the time who also played Pulgasari in the film. In fact, Satsuma was later quoted as saying that he preferred PULGASARI to the 1998 American Godzilla film. Take THAT, Matthew Broderick!

The special effects as a whole are a tad uneven, though there are some impressive miniatures in the second half of the film. The back-projection Pulgasari attacks have aged badly, and certainly there are not as many lasers or tanks (or skyscrapers) as you would see in an average GODZILLA movie, but when they stick with an actual actor in a big rubber suit smashing things, it looks quite good. 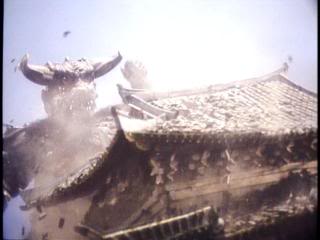 The acting is difficult to gauge, though the subtitles are (thankfully) reasonably coherent. The sets often have a bit of a Shaw Brothers feel to them, with a lot of the village scenes seeming a bit artificial. This artificiality is enhanced by the sound, which appears to be post-synced. Direction is rather flat and the non-Pulgasari action scenes feature inconsistent choreography and sometimes resemble bad 60s sword-and-sandals films. Oddly, the film’s second half becomes rather episodic, feeling more like PULGASARI: THE SERIES rather than a cohesive film.

PULGASARI is an interesting historical artifact, and an incredibly wrong-headed attempt to invigorate the North Korean film industry. As is often the case, the story behind the film’s creation remains much more interesting than the film itself, though there are enough entertaining (and revealing) moments in the slow moving tale to make it worth seeing. Strangely, PULGASARI (with the help of Shin Sang-ok who eventually sued to get his name put back on the film) was eventually remade in Europe in 1996 as GALGAMETH. 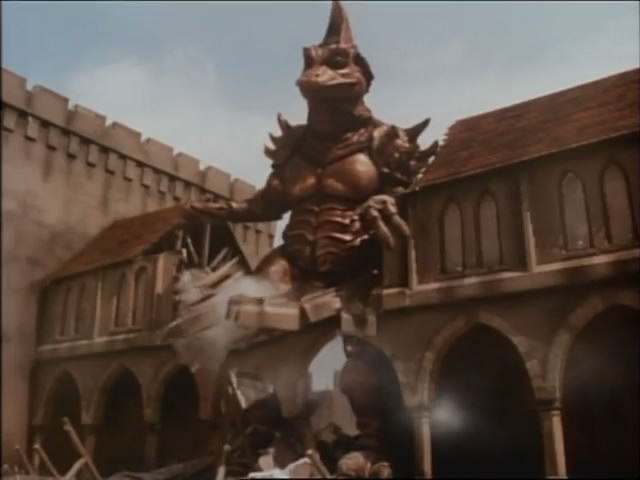 Not sure that’s an improvement.