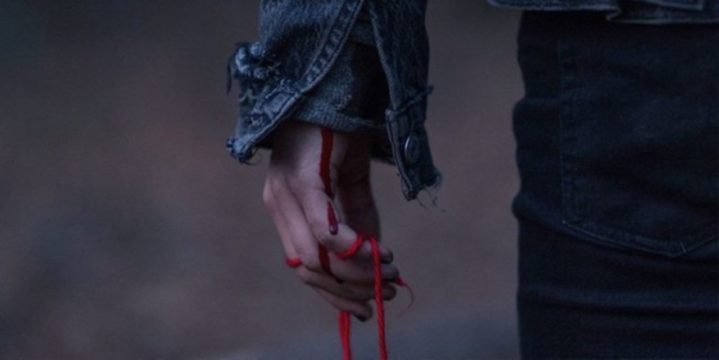 After watching a movie like PYEWACKET I cannot wait to check out the trailer to see how it was sold. In this case, a relatively straight-forward look at the way two people handle grief differently with only occasional flourishes of supernatural horror has a trailer selling an angry Goth girl dabbling in the occult in an attempt to kill her mother while a loud metal song plays in between the snatches of dialogue. Anyone wanting that murderous occult plot to be the main thrust of an in-your-face horror film is going to be disappointed. But, if you’re like me, you enjoy a good dysfunctional family drama with some genre elements to spice it up and that is exactly what PYEWACKET is.

Leah (Nicole Muñoz) is a Goth-lite high schooler just trying to get through her junior year. While there are the occasional subtle implications that she might be bullied, she is thankfully not portrayed as a sullen Goth girl lashing out at everyone. She has her circle of similar outcast friends (one of whom she is on the verge of acknowledging a mutual crush with) and enjoys browsing through books on the occult—which give her a sort of peace in dealing with the recent death of her father. 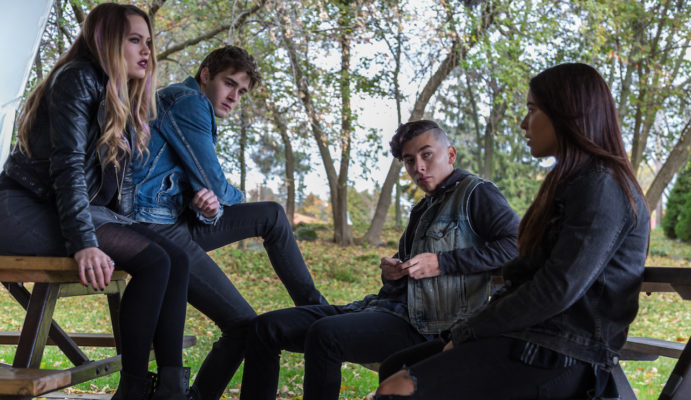 Leah’s mother (Laurie Holden) is having a much more difficult time accepting the death of her husband. She has wild mood swings that cause her to lash out at Leah and she is showing signs of sinking into alcoholism. After another fight with her daughter, she drops the bomb that she is selling the house and moving them to a cabin in the woods outside a small town an hour away in an attempt to get out from under the shadow of her late husband’s ghost.

Leah is understandably upset at being uprooted from her life and having to switch schools so late in her teens. Not surprisingly, the move only exacerbates the tensions between mother and daughter. After her mother drunkenly calls Leah and her friends “losers,” Leah grabs one of her occult books and heads out into the woods where she does a spell intended to summon a demon known as Pyewacket to kill her mother.

From that jumping off point, writer/director Adam MacDonald attempts a delicate balancing act as Leah and her mother both regret how they have behaved and try to make amends with the creeping dread of not knowing if Leah’s spell was successful. MacDonald is not always successful in this balancing act, but he gets more right than wrong, even if the possible supernatural angle sometimes takes a turn or two into cheesy exposition with an occult expert (James McGowan). 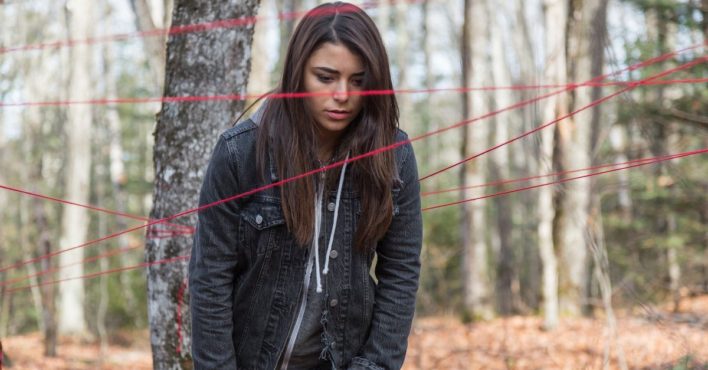 As a look at how grieving for a loved one impacts the relationships between those left behind, PYEWACKET is fairly strong and believable. Despite the under-development of the mother character (she is never even given a name—in the credits she is simply listed as Mrs. Reyes and only interacts briefly with one character other than Leah), the alternately mean, frustrated, and loving relationship between the two leads feels honest. This is largely a credit to Holden and Muñoz, who bring really solid, lived-in souls to their performances.

The possibility of some sort of demonic presence existing just out of frame, ready to kill Leah’s mother is played well. I appreciate when a movie like this that relies on quiet building of tension does not suddenly shift gears and go for jump scares or an over-reliance on CGI. For a film that only feels like it is maybe a quarter of a horror film, there is a terrifically scary sequence where the audience only sees the reaction of a character to…something. The fact that the audience only sees the fear of that character and that they then disappear from the film is more unnerving than just about anything MacDonald could have put right in front of the camera.

I wish the film was able to more gracefully meld its dramatic and supernatural plots in the third act. The move into more straight ahead horror as Leah grows more paranoid and has trouble telling reality from hallucination feels rushed and the film ends on a stunning but abrupt note that is more or less thematically appropriate but not very satisfying.

Despite my misgivings about the third act, there is more than enough to like in PYEWACKET to give it a solid recommendation. The performances, honest drama of the grieving family storyline, and steady build of creepy atmosphere give this one more staying power than I anticipated. 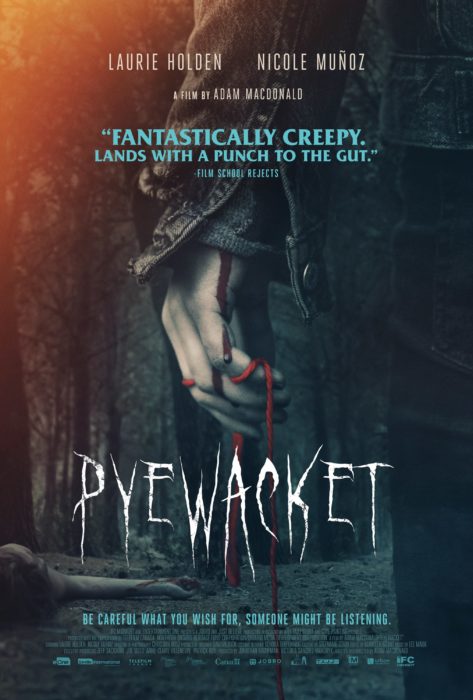