Home  ⁄  The Wire  ⁄  A TRIBUTE TO THE GREAT ED LAUTER, WHO PASSED AWAY YESTERDAY AT THE AGE OF 74 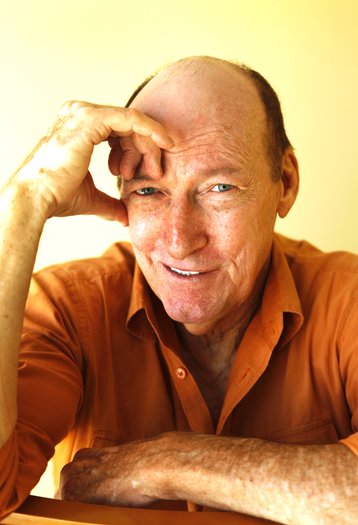 Ed Lauter has died, at the surprisingly young age of 74.  It’s surprising because this is an actor who never came off as remotely young.  He seemed like the sort who was born fifty, creased, and cranky.  He always read onscreen as an adult, a grown-ass man, a badass old guy, the type of rascally character your favorite uncle might play pool with at a dive bar, or else as the type of cop who’d throw that same uncle in jail for lip.    I’d guess that the first time I saw Ed Lauter on screen I probably didn’t like him, and the same may be true for you, because he was so damn good at his job.  Now his job was to play more than his fair share of authoritarians, jerks, bastards, pricks, and dicks.  And none were better.

The first movie I saw Ed Lauter in was 1976’s KING KONG.  That same year, he played a villain in Alfred Hitchcock’s final film, FAMILY PLOT.  If I’m doing the math correctly, that means Ed Lauter is the only actor to have worked with both Alfred Hitchcock and King Kong.  (Raymond Burr worked with Hitchcock and Godzilla, but that’s a different distinction.)  By then, Lauter had appeared in films with Lee Van Cleef (THE MAGNIFICENT SEVEN RIDE!), Bill Cosby (HICKEY & BOGGS), Burt Lancaster (twice), Robert Ryan (twice), George C. Scott (twice), and Jeff Bridges (three times). 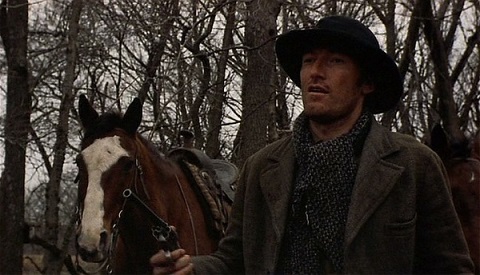 All these repeat invitations indicate that the man was not only a solid supporting player and a real hard worker (that much is obvious from the films), but also that he must have been easy-going and pleasant off-camera, the opposite of so many of his nasty characters, which is a suspicion born out by this tremendous interview with Will Harris at The AV Club, this sprawling, endearing career retrospective with Shock Cinema, and this short, charming talk with the LA Times around the time of Lauter’s blink-and-you’d-miss-it cameo in 2011’s THE ARTIST.  Lauter would go on to work with several of those great actors again, and many more legends, from John Candy to Gene Hackman, from Angela Lansbury to Lee Marvin. 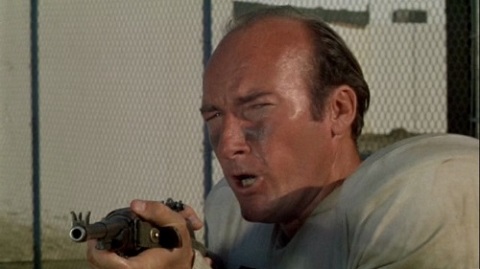 Almost certainly, the definitive Ed Lauter role, the one he’s best remembered by, is as in Robert Aldrich’s 1974 football-in-prison drama, THE LONGEST YARD.  Even the character’s name is imposing:  Captain Wilhelm Knauer.  Wilhelm!  Is this a football movie or THE GREAT ESCAPE, you know?  This is the one where disgraced pro quarterback Paul Crewe (Burt Reynolds) is sent to prison and becomes the rallying point in an attention-getting inmates-versus-guards tackle football game.  This movie is COOL HAND LUKE for people who think COOL HAND LUKE isn’t already macho enough.  Lauter plays the intimidating right arm of the vicious warden who keeps Crewe and his fellow inmates down.  In one of his most popular performances, Burt Reynolds is an insouciant anti-authoritarian charisma grenade – Ed Lauter is the guy with the thankless task of trying to contain all the shrapnel.  If a hero is only as good as his toughest villain, than imagine how difficult a gig it is to have to convince audiences you’re a threat to Burt Fuckin’ Reynolds in his prime.  And Ed Lauter SMASHED the part.  Knauer is a one-note heavy for most of the movie, but think back to that final scene, when Reynolds is walking off the field (to get the game ball) and Warden Eddie Albert is in Lauter’s ear, ordering him to shoot to kill:  Lauter sells the fact that underneath it all, Knauer is a working stiff, just following orders but deep down sometimes conflicted about it.  If you’ve seen the movie you already hear his tough but plaintive cries of “Crewe! Crewe! Crewe!” in your head – the moment would not, could not, be as potent as it is without what Ed Lauter brings to it.

A good sport, Lauter was also on hand for the shitty Adam Sandler remake of THE LONGEST YARD. The movies aren’t always going to be up to the talent of the reliable journeyman character actors who prop up the junk writing within.  But Ed Lauter was always good even when the movies weren’t, and sometimes he was good in movies that were better than anyone could have expected, such as DEATH WISH 3, the Jack Ketchum adaptation THE LOST, MY BLUE HEAVEN, and in 2001’s NOT ANOTHER TEEN MOVIE (one of the best straight men in movies, he had a rarely-tapped flair for comedy). 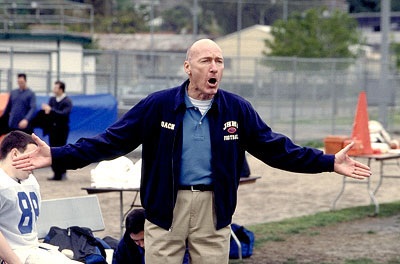 But most of all, Ed Lauter is hailed by genre fans as one of the most underrated tough-guy actors in movies.  He co-starred with, and fit right in amongst, Lee Marvin and Charles Bronson in DEATH HUNT (and Bronson in THE WHITE BUFFALO), Fred Williamson, Richard Roundtree, and John Saxon in THE BIG SCORE, Hackman in THE FRENCH CONNECTION II, Schwarzenegger in RAW DEAL, and Eastwood in, um, TROUBLE WITH THE CURVE.  He was great in serious movies like BORN ON THE FOURTH OF JULY and LEAVING LAS VEGAS and in fun ones like THE ROCKETEER and TRUE ROMANCE.  He faced off against an evil dog in CUJO and an evil ventriloquist dummy in MAGIC. He is without a doubt the meanest motherfucker ever to put on a Starfleet uniform.  He’s Ed Lauter, goddamnit, and they just plain don’t make many like him these days. 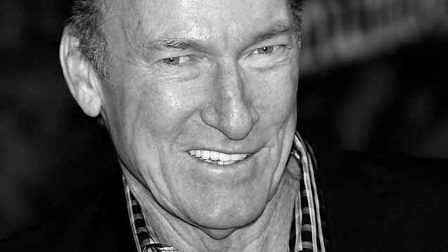 All of us here at Daily Grindhouse love Ed Lauter. We’ll miss his snarling, sneering face. 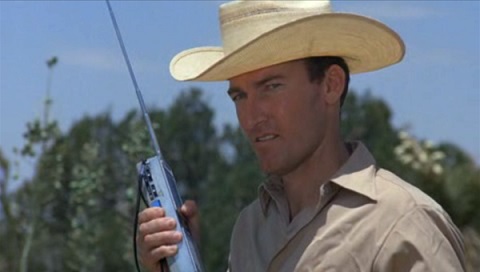 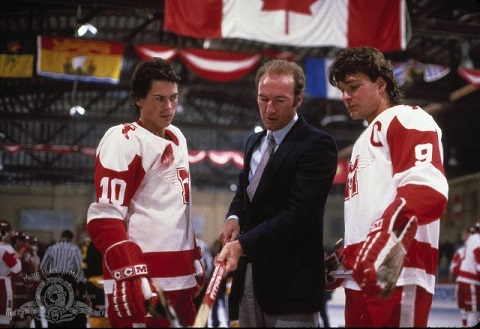 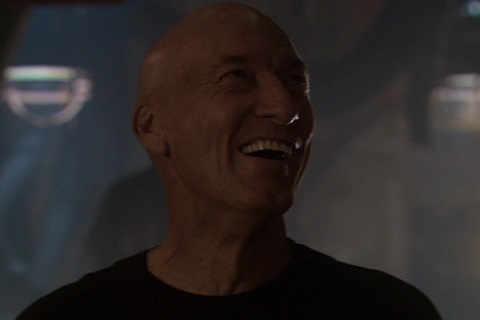 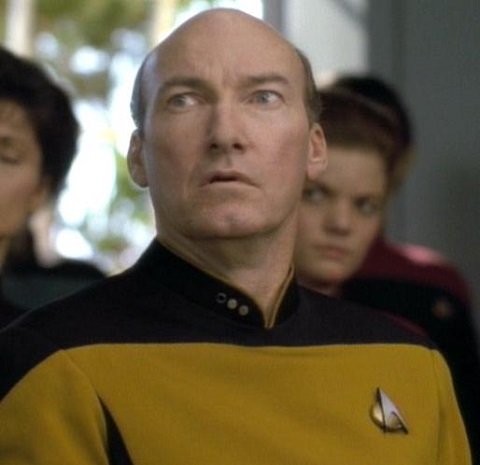