Home  ⁄  The Wire  ⁄  REBEL ROUSER: LOOKING BACK AT THE CAREER OF THE LATE HAL NEEDHAM; A FILMMAKER OF THE PEOPLE 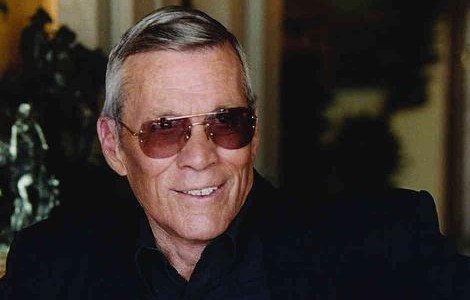 The movie I watched to kick off 2013 was MEGAFORCE.  I watched it with my baby niece and she loved it too.  Kids don’t care about critical esteem, highbrow pontificating, or what movie wins Best Picture.  In 1982, GANDHI won Best Picture.  Not to knock GANDHI, but give a kid a choice between watching that or MEGAFORCE, released the same year.  Hell, give me the same choice.  I know what I’d like you to think about me.  I also know what I actually like to watch.  Deep thinking and social consciousness are important, necessary, values.  So are having fun and laughing.  There may be no director in film history who understood the importance of a good time as well as Hal Needham, who passed away Friday at the age of 82. Hal Needham has only recently begun to get his critical due, most recently having HOOPER shouted out on an episode of Breaking Bad and receiving an honorary Oscar. Quentin Tarantino made a pretty good speech about him at the time.  Shiny things are nice and all, but Hal Needham was a filmmaker of the people.  He made movies to entertain audiences, not to have his own butt kissed.

Hal Needham doesn’t have a household-auteur name like Spielberg or Scorsese, but rest assured that his is an essential career in American movies.  If you look over his list of credits, you will see that he worked on over a hundred films in the stunt department, whether as a coordinator, actor, or stunt performer, or some combination henceforth.  Here is a partial list of movies with his vital contributions (I’m sticking to some I personally have seen or else we’ll literally be here all day):

Before getting into directing, Hal Needham was Hollywood’s number-one go-to stunt man. He made over 300 movies and broke over 50 bones.  Then he wrote SMOKEY & THE BANDIT and got it made and the real mayhem began.  He created the definitive Burt Reynolds imagery, at a time when Burt was the biggest box office draw in the world.  He started Arnold Schwarzenegger’s career and introduced Jackie Chan to American audiences.  He gave Rowdy Roddy Piper his first shot at movies — without Hal Needham we’d not have THEY LIVE.  He gave Jackie Gleason, Kirk Douglas, Henry Silva, Dean Martin and Sammy Davis Jr. one last blast of stardom.  Hal and Burt, best pals and housemates in real life, ran the movies for a time. SMOKEY and THE CANNONBALL RUN are two of the most irresistible, contagiously fun stunt comedies ever made.

My pal Casey Moore refers to Hal Needham as “George Lucas for Southern boys.” That’s a great, great, perfect summation — although I’d like to clarify that I’m a Yankee born and bred and I love Hal Needham as much as any of y’all. Also, George Lucas has become a contentious figure in recent years and I can’t imagine anyone besides true assholes taking issue with Hal Needham and his films.  What Casey means is that, for a couple generations of young people, Hal Needham’s movies are their STAR WARS.  That’s a beautiful thing to know. 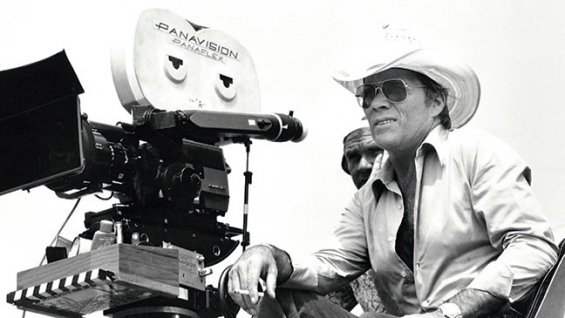 When we talk about Hal Needham as a director, we’re generally talking about the movies he made with best bud Burt Reynolds, the SMOKEY & THE BANDIT movies and the CANNONBALL RUN movies and HOOPER and STROKER ACE. There are some B-sides and deep cuts worth discussing in that filmography (THE VILLAIN in particular is hysterical), but those Burt Reynolds pictures are his biggest hits and his most enduring contributions to the comedy and action genres.  Of course, when we talk about Hal Needham as a director, we’re only having half a conversation, because before he turned to directing, he was a legendary stuntman, one of the most famed in the business.  To see the films he directed, you’d know he had to be a stuntman, since his films are basically rollicking affairs, fun parties punctuated by some of the most impressive car stunts in cinematic history.  In fact, why am I talking so damn much?  Here’s some scenes:

That’s just some stunts from one movie.  A tiny fraction of what Hal Needham contributed to the art of cars on film.  I’ve been thinking about it a lot since last night, when Hal Needham’s death made the news and social media rounds.  Something irreplaceable has passed with him and his era, and I don’t think it’s a good thing.  I enjoy the FAST & FURIOUS movies as much as anyone, but notice how reliant action movies today are on computers.  Some of the biggest stunts in this year’s FAST & FURIOUS 6 had major assists from technology — on one hand, that’s great, because the risk is so high to stuntmen that anything keeping them out of harm’s way is a good thing.  On the other hand, being in harm’s way is a stuntman’s job and what he loves best, as a guy like Hal Needham would assuredly tell you.  We lose something in translation when a car stunt isn’t a practical effect in a physical space.  A stunt is not as thrilling when a computer animated it for us.  My guess is that most of the biggest fans of the FAST & FURIOUS series are not people who have ever seen a Hal Needham film.  Again, a choice, and you can only watch one: FAST & FURIOUS 6, or SMOKEY & THE BANDIT?  And if it ain’t the latter, are you kidding me? 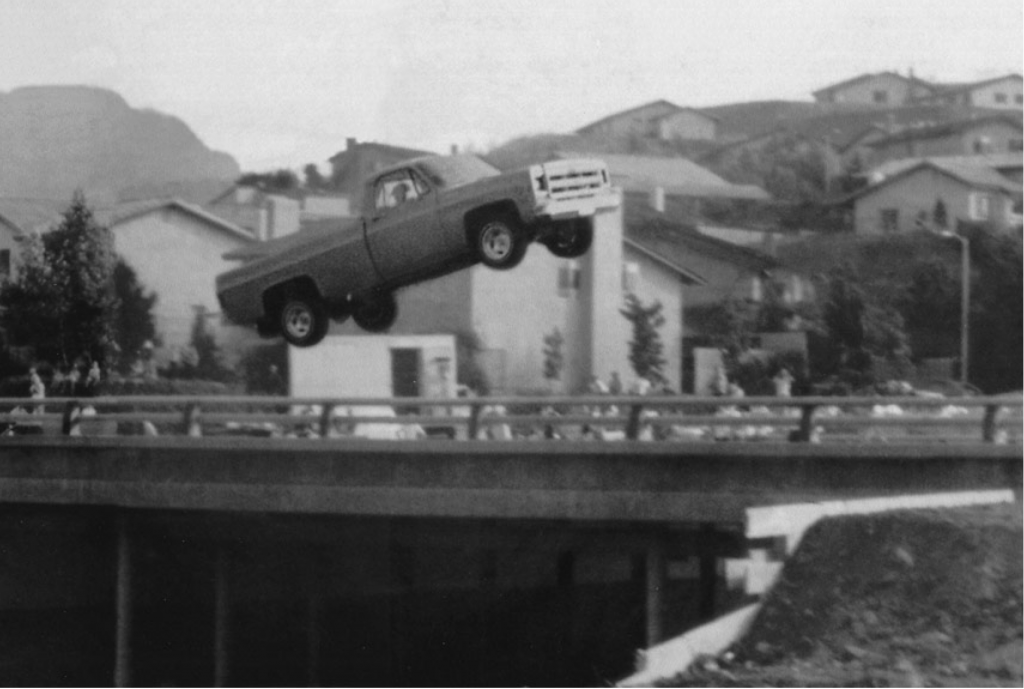 With Hal Needham, we also lose a significant percentage of good old American masculinity.  I’m not talking about the foolish chauvinist panic evinced by so many sitcoms lately — I’m talking about a time when men were manly, tough, hard-working, focused on goals, but quick with a joke and a smile.  You didn’t have to tiptoe around the fact that you liked to have a beer and a burger, and make a rude crack, and laugh at authority, and appreciate the looks of a fine woman.  There’s no malice in a Hal Needham movie.  Feminists need not be threatened.  The man loved women, as you’ll see from the fact that Sally Field is such a fiery presence in SMOKEY & THE BANDIT, easily up to being the equal of Burt Reynolds, which was not an easy task in the late 1970s and early 1980s.  Similarly, look at Farrah Fawcett in THE CANNONBALL RUN, phenomenally sexy but portrayed as smart and tough and up to sparring with Burt and Dom DeLuise.  These women aren’t scolds, or nags, or two-dimensional bimbos.  They’re great. They’re fun.  Again, we lose something in a hypersensitive culture where unisex figures like Justin Timberlake and Hugh Jackman are idealized, and men can’t be assertive and lustful in a way that isn’t interpreted as negative.  You can play Wolverine but you’d also better know your showtunes.  I like a world where you can unapologetically be one or the other and still get along with anyone who differs.   So I find something utopian about Hal Needham’s movies, something good-natured and mischievous and spirited, the soul of which is probably best kept alive today by Johnny Knoxville & Jeff Tremaine’s JACKASS movies and HBO’s Eastbound & Down, which, not for nothing, named for the Jerry Reed theme song to SMOKEY & THE BANDIT.

There goes yours truly with the highbrow pontificating.  That happens because it’s easier to do that than to accept the fact that there’s no more Hal Needham in this universe.  This was a guy who laid down his life for movies, literally, and the proof is in the pictures.  By all accounts he was a true gentleman and a terrific sport.  I had occasion to meet him briefly, last year, and had him sign my copy of STUNTMAN!, his autobiography.  In the span of a few minutes he made me feel like a friend.  He was a warm human being, that much was clear.  I got to shake his hand and tell him how much his movies brighten my days.  That’s all I can ask for, really, and my thoughts now are with his friends and family. 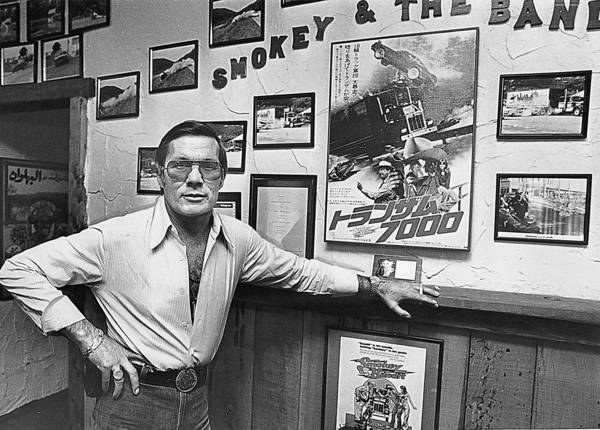 For more great information and conversation about Hal Needham, check out this Playboy article on the making of SMOKEY & THE BANDIT and listen to the episode of the Daily Grindhouse podcast where G and Perry talk up MEGAFORCE.  And pick up a copy of STUNTMAN! to read while pouring out a Coors for our man. 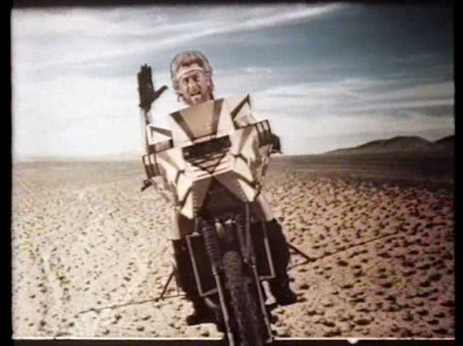 Here now are some Hal Needham Facts.  You can take them Chuck Norris Facts and throw them out the window because they ain’t indeed facts. These are. Deeds not words, young folks. 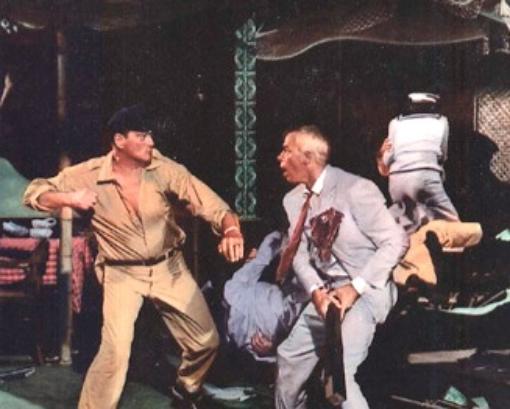 Hal Needham jumped from one airplane to another — mid-flight.

Hal Needham was best pals with Burt Reynolds and lived for fourteen years in his guest house — “rent-free,” he clarified.

While filming a movie, Hal Needham escaped a Russian invasion and lost his hearing in an explosion in Czechoslavakia. 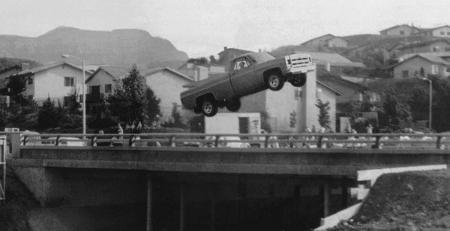 When Hal Needham talks about the Rat Pack, he refers to Sinatra, Martin, and Davis as “Frank, Dean, and Sammy.”  BECAUSE HE KNEW THEM PERSONALLY. 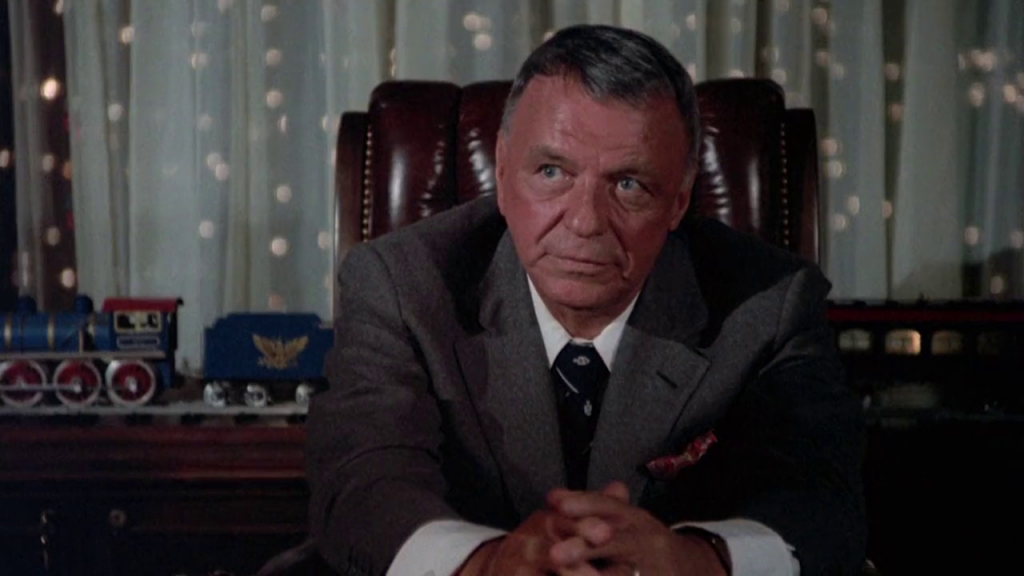 At 620 mph, Hal Needham broke the sound barrier in a car.

Remember the blonde who drives the sportscar with Adrienne Barbeau in THE CANNONBALL RUN?

Hal Needham did that too.

That’s Hal Needham on the cover of the book.  You’ll recognize him because he’s the one who’s on fire.

He said it didn’t hurt.