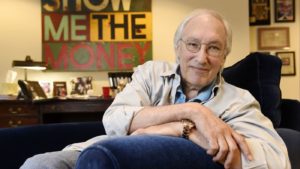 Steven Bochco, the genre screenwriter turned prolific television producer, passed away on April 1, 2018 at the age of 74 after a long battle with leukemia.

Bochco’s genre screenwriting credits include the semi-forgotten 1968 crime drama THE COUNTERFEIT KILLER and Douglas Trumbull’s intriguing 1972 ecological sci-fi drama SILENT RUNNING starring Bruce Dern as a botanist gone ’round the bend in space. But it was in television where Bochco was destined to make a seismic impact on the world of pop culture, blending the crime drama genre with serialized police procedurals and a healthy dose of the absurd.

Bochco segued into TV writing as one of three credited creators of the short-lived medical drama The Bold Ones: The New Doctors (co-starring a young John Saxon) and writing episodes of Columbo and the Larry Cohen-created detective drama Griff. He worked steadily as a TV writer in the ’70s creating several short-lived genre programs like The Invisible Man, Delvecchio, and Richie Brockelman, Private Eye before breaking through in 1981 with Hill Street Blues. 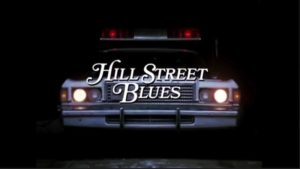 It is hard to overstate how big of an impact Hill Street Blues had on pop culture at large and network television in particular. These days, sprawling ensemble casts, serialized plots running several episodes (if not seasons), and “gritty” storylines that did not guarantee a happy ending are the norm. Most of those tropes can be traced back to what Bochco and co-creator Michael Kozoll put together with Hill Street Blues. While not an immediate hit, the TV landscape was much different in the early ’80s and NBC gave the police drama time to catch on, eventually becoming a critical and ratings hit.

After Bochco followed up the success of Hill Street Blues with the mega-hit of L.A. Law, he practically had carte blanche to do what he wanted and he used that power to not only get some of the oddest TV shows of the ’80s on the air, but keep them there for much longer than most creative producers could hope for. Shows like the excellent John Ritter cop dramedy Hooperman, Doogie Howser, M.D., and the infamous Cop Rock are now cult favorites because Bochco used his clout to shepherd them to cushy primetime spots where they confused mass sections of the network audience while delighting a small segment of the population that adored them. 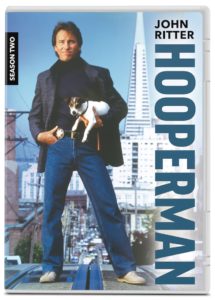 In the early ’90s, Bochco returned to the network police procedural as co-creator (along with David Milch) of NYPD Blue and made a concerted effort to use the show to push the boundaries of what could be allowed on network television as a means of competing with the edgier content available on cable. While NYPD Blue was a runaway hit, Bochco was unable to recreate the run of semi-successful oddball follow-ups as he did in the ’80s. Projects like Capitol Critters—an animated satire about rodents living in the White House and Public Morals—an early attempt to create a Brooklyn Nine-Nine-style comedy set in a police precinct were dead on arrival. Even the critically acclaimed crime drama Murder One, that used an entire season to dig deep into a single crime (something that is done so often now that it is considered a cliché), only lasted two seasons before being cancelled. 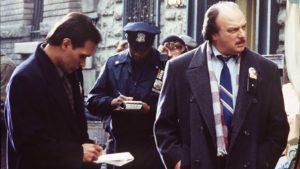 Bochco plugged away in television as the ’90s gave way to the new century, but nothing caught on the way that many of his groundbreaking series did in his prime. As he clashed with the increasingly micromanagement culture of network television in the early 2000s, he turned to cable channels like FX and TNT. His final series, Murder in the First, was a re-working of the Murder One premise that aired on TNT for two seasons before being cancelled in 2016.

Few creative producers managed to be as successful at getting so many projects on the air (he is credited as creator or co-creator on a jaw-dropping 23 series) or have as great of an impact on the direction of a medium as Bochco. That he used that power to give a shot to so many strange, unclassifiable projects is refreshing.