Yesterday, we got through the first fifth of our countdown of the characters that fought Freddy Krueger in the Elm Street franchise – if you missed it, check it out here. Today, our adventure in slumberland continues with another ten dream warriors, so fasten your seat belts and remember, no screaming while the bus is in motion! 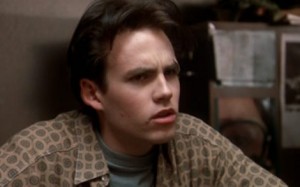 It’s a little bit unfair to judge an amnesiac for not having a personality. John Doe is essentially just used as an insanely logistical pinball for Freddy, who sends him out of Springwood without his memory just so he can coincidentally end up at the youth center where his daughter works (how he knows this will work, I have no clue) so they can drive back to Springwood and happen upon the Thompson’s old house just so he can possess his daughter on the way out of town. Or something. Meanwhile, he does get a lot of dream time with Freddy, but since he’s not allowed to really have personality traits and the movie is so goofy, they mostly consist of live-action takes on Road Runner cartoons. Maybe that was his personality? He was a huge Chuck Jones fan, who also liked THE WIZARD OF OZ? That actually makes him sound like a much more interesting guy than he comes off as in the film. 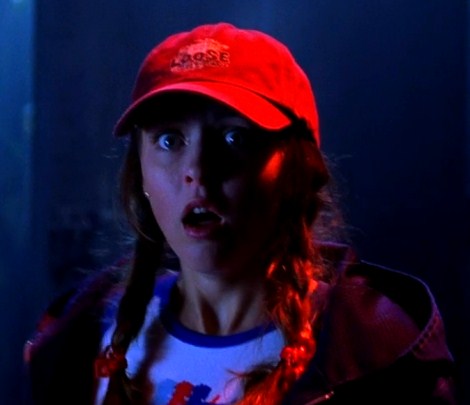 I’m not sure why Gibb, who’s killed off halfway through the film, is at least as interesting as Kia, who makes it nearly to the end, but it may have to do with the fact that Katharine Isabelle, the star of the GINGER SNAPS series, is just a more compelling actress to watch. And at least she gets something of a story arc — her boyfriend is killed at the beginning, and she drowns her sorrows in crappy rave booze, resulting in her passing out and getting attcked by Freddy, but Jason cock-blocks him, killing her along with a guy putting the moves on her unconscious body. She’s pretty much the definition of a doomed character, but at least she’s not actively annoying. 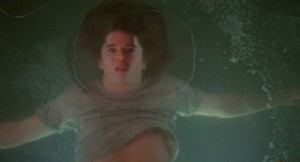 Joey was originally ranked much higher. It seems like he should be — he’s one of the few main characters who survived a film, even if he gets killed off early in the follow-up. But on retrospect, Joey is useless. He’s captured by Freddy because he’s too stupid and horny to realize that a nurse is not going to want to randomly screw some crazy, suicidal kid, and then everyone has to go in and rescue him, causing a bunch of them to get killed. Thanks, Joey. Then he finally gets legitimately killed in the next film by, again, getting seduced by tits. So his muteness suddenly evaporates allowing him to break a bunch of mirrors — fat lot of good that did Taryn and Will. He doesn’t even have a personality other than his Benny Hill-level ogling and lack of dialogue — does he even have dialogue in Part 4? I watched it yesterday and I remember more from the lyrics to Billy Idol’s “Fatal Charm,” the song that plays during his death scene, than I do any actual words from Joey. Screw you, Joey. You suck. 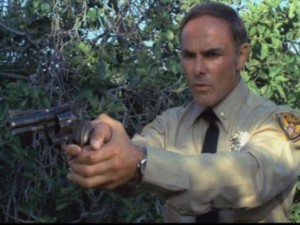 Okay, so John Saxon is great in anything, but Lt. Thompson is interesting as a once-strong man who becomes as drunken, wimpy loser. The highlight of his life in terms of the Elm Street series is being among those who burned the guy to death in the first place, and that he may or may not have been the arresting officer who botched the chance for him to be properly tried. After that, it’s all downhill — he doesn’t believe what’s going on in the first film, so he reacts to everything way too late, and by the third film, he’s brought in to show Dr. Gordon where the bones are buried only after being threatened at gunpoint. Then he tries to leave, but being terrible at his job, he’s unable to. Then Freddy kills him. He’s even useless after death, as Freddy uses his image to lure in Nancy to kill her. If he were being played by anyone other than Saxon, he’d be a useless, sniveling dog shit of a character, but at least Saxon manages to wring some pity out of the role even if he never really becomes sympathetic. 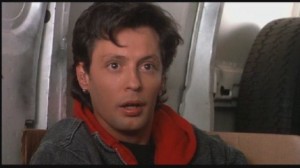 Played by: Ricky Dean Logan
Appears in: FREDDY’S DEAD: THE FINAL NIGHTMARE
Distinguishing Characteristics: Deaf, and apparently believes he’s in something much zanier.

There’s a good idea somewhere in the character of Carlos, a character who relies on a hearing aid to listen to others. His death sequence isn’t terrible, either — Freddy replaces his hearing aid with a device that causes sounds to be massively amplified, and then torments him with common sounds until his head explodes. But Logan plays Carlos like he’s the goofy best friend in a screwball comedy, overreacting to everything and not giving him any identity other than “the annoying deaf guy.” Like everyone else in the movie, he’s got parental issues, but at least it’s mother-based with him. The rest of FREDDY’S DEAD is so much more of a comedy than a horror film anyway, so maybe Logan was right to embrace the goofiness of it all, but as an Elm Street character, he seems wildly out of place. 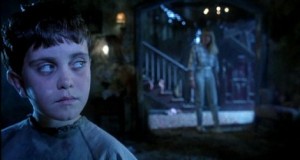 Played by: Whit Hertford
Appears in: A NIGHTMARE ON ELM STREET 5: THE DREAM CHILD
Distinguishing Characteristics:

Did you know that Whit Hertford is one of the few actors to be in both the “Munsters” and “Addams Family” franchises? It’s true! He played a “Kid Grandpa” in an episode of “The Munsters Today” and a little version of Tully, the Dan Hedaya character, in THE ADDAMS FAMILY. This is marginally interesting [citation needed], but even though he’s the title character in THE DREAM CHILD, Jacob really isn’t. Sure, he’s the offspring of Alice and Dan, Freddy uses him as a conduit back into the world and he ends up killing Freddy at the end with the help of Amanda Krueger, but as good and creepy as Hertford is as Jacob, he’s not really given a presence beyond “spooky-looking child.” Still, he both jump-starts and ends the plot, and his presence even leads to a rare (and honest) genre film discussion about abortion, so points to the character’s existence, if not the actual execution. Why does he emerge as an eight-year-old in dreams, anyway?

(As sung to a strained version of Jefferson Airplane’s “White Rabbit”) And if you hang with the main characters / and you have no sense at all / then a hookah-smoking caterpillar / will entice you to a brawl / You’d call Alice, but she’s in an entirely different film…. 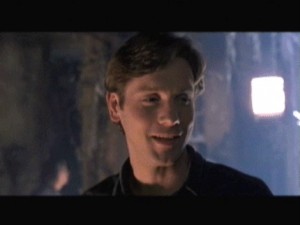 “Heather Langenkamp”‘s husband , a special effects artist who, unknown to his wife, is working on a new Elm Street film, is a curious case — he should have a lot of impact on the plot, and he seems like a decent character, but he’s killed off early in the film in a death sequence similar to Dan’s in part 5. As a result, the plot does get jump-started with a distressed Heather figuring out what’s going on, but very little has to do with the character of Chase himself. In fact, Chase is awfully similar to Dan in part 5 — likeable, quickly disposed of, and ultimately forgotten outside of his death being a mechanism for forwarding the plot for his love interest. 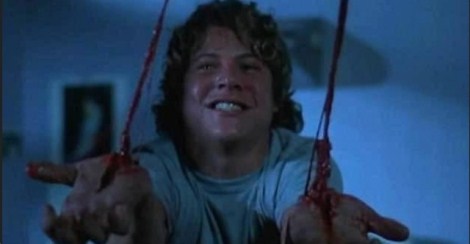 I like Phillip. He’s got a genuinely horrifying death sequence, and he’s given enough of a personality that it actually had impact. It’s a nice touch that he’s not allowed to use knives to create his puppets, and his was the first dream sequence in the series that actually seemed based in the traits of his character. That said, his death is one of many dismissed as a suicide by everyone, so it doesn’t have much of an impact on the plot, and you kind of forget about him by the time the actual dream warrioring kicks in. 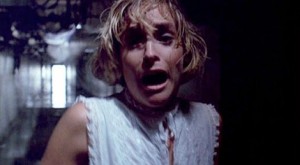 Tina’s death was the first in the series, and it’s a brutal one, setting the tone for a much harder, more bleak tone than what emerged from the sequels. While Amanda Wyss doesn’t get a lot of screen time as Tina, she does emerge as a sympathetic character, one whose enjoyment of life is clearly being blocked by the dreams she’s having. Even after her murder, her spirit hangs around, both in the literal form as a warning to Nancy and as a springboard for all of he horrific events that follow. It’s a big jump between the impact of Tina’s death on the rest of the film and many of the later sequels, in which the first murder victim is forgotten entirely by the other characters after a few minutes, sometimes literally.

Click here for 30-21, and make your profanity-laced ranting in the comments below!