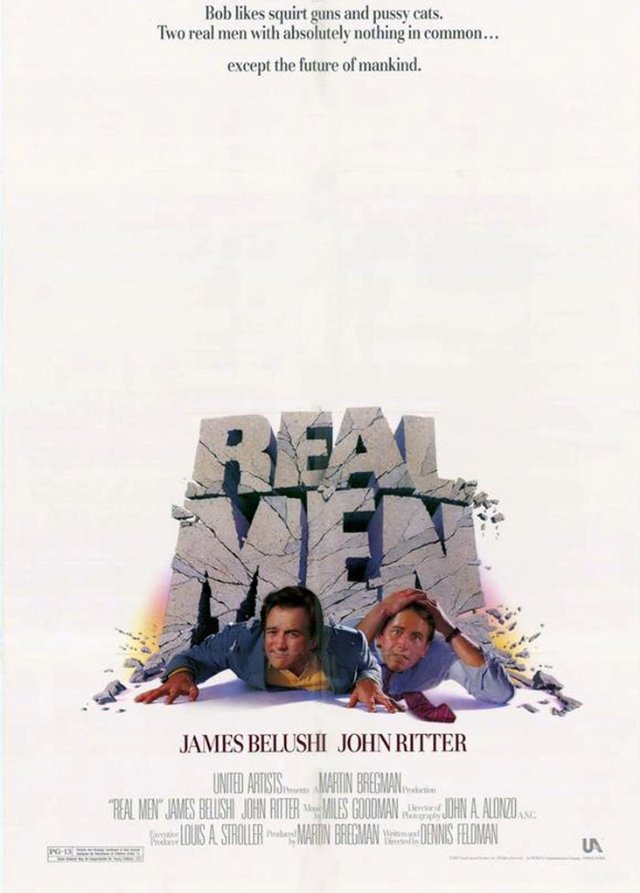 I’m not a fan of John Ritter or James Belushi. And when you talk about the plot of REAL MEN – a smooth-talking spy recruits a meek insurance salesman to help deliver a mystery package to a group of aliens – there’s really nothing to get that excited over. But I’ll be damned if this flick doesn’t work.

Sure, there are problems. When you play the “throw everything at the wall and see what sticks” angle, not everything is going to stick. But surprisingly, most of the gags work.

But the highlight of the film is the two leads. Ritter and Belushi both hit the nail on the head, and their chemistry together is undeniable. I’m not surprised with the former. Though I’m not a huge fan, I know John Ritter is more than capable. James Belushi, however, has never failed to disappoint. Of course, it’s not really fair comparing him to big brother John, but the man is about as interesting as a sock full of tennis balls.

Like I said, REAL MEN isn’t perfect, but worth giving a shot.