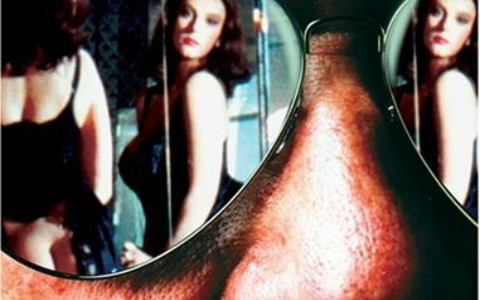 After joining the Italian film industry in the early 1960’s Brass worked alongside the likes of Federico Fellini (whom Tinto idolised) and Roberto Rossellini, before directing his debut solo feature in 1963.

It was not until ‘76 that Brass would experience worldwide recognition, when Penthouse publisher Bob Guccione chose him to direct “Caligula”. Despite numerous editing and post-production issues, which caused Brass to disown the film, it made millions at the box office and ultimately gained him global notoriety.

These two dual format editions include brand new uncut and uncensored versions of each film, which have been painstakingly restored for Blu-ray and DVD. They also include both the Italian and English audio tracks, together for the very first time on a home entertainment release.

This verison of the film is the longest version ever released in the UK. The stunning Claudia Koll indulges her unquenchable sexual appetite in this softcore epic – loosely inspired by the Mozart opera Così fan tutte (the title is a direct translation).

All Ladies Do It tackles a crucial question: why shouldn’t women enjoy the same sexual freedom that they’ve long had to tolerate in their men?  Especially when they have such shapely and inviting rears?

Once again, Tinto Brass proves his unmatched skill at balancing eroticism and humour in this lively and beautifully photographed comedy, both wittier and more sexually explicit than the average softcore romp.

The special features on the dual format deluxe edition of All Ladies Do It  are as follows:

One of Brass’s most critically acclaimed films, The Key is also one of his most elegant, with wintry Venetian locations, a beautiful Ennio Morricone score and a strong sense of period – it’s set in 1940, just before Mussolini’s Italy entered World War II.

However, it also unmistakably shows the path that Brass would eventually follow, with startlingly graphic sex scenes for a supposedly ‘respectable’ film cast with serious actors.

The special features on the dual format deluxe edition of The Key are as follows:

“ALL LADIES DO IT” – DUAL FORMAT EDITION – PRODUCT INFORMATION