Home  ⁄  The Wire  ⁄  #ReignOfMyers: A Live-Tweet for the HALLOWEEN Series 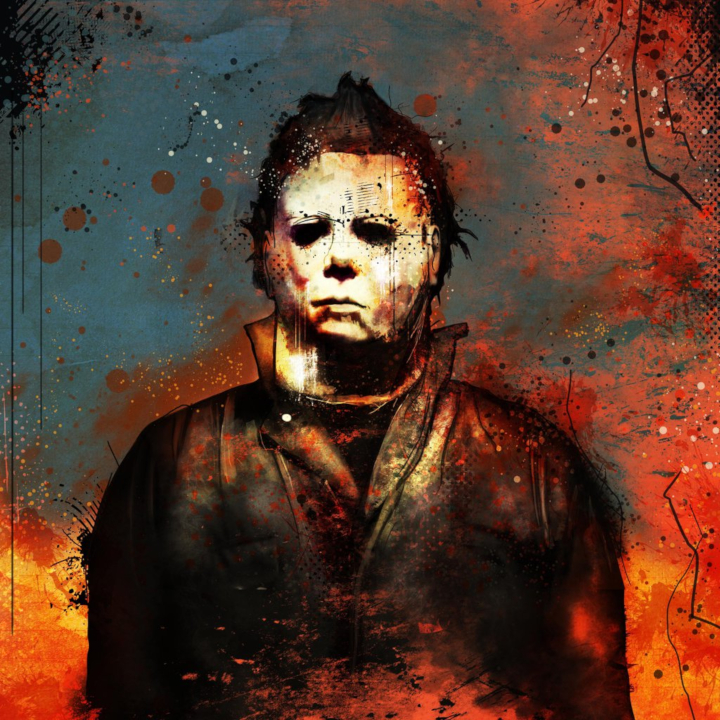 Leapfrogging off of what Bob Clark did in 1974 with BLACK CHRISTMAS, John Carpenter and Debra Hill created in HALLOWEEN an icon and a subgenre that still slays. We’re weeks away from a new installment from David Gordon Green and Danny McBride that’ll remind us, four decades later, that everyone is entitled to one good scare. But a lot’s happened twixt ’78 and ’18 to Michael Myers. Apart from that time Tom Atkins and Stacey Nelkin took his place, The Shape came home many nights (twice to a new house). He’s survived getting shot, set on fire, Reaganomics, and the Weinsteins among other things. From October 1st to the 5th of this year, some of the Daily Grindhouse crew will be celebrating the #ReignOfMyers on Twitter with live-tweets for each movie.

This won’t be your typical tweetstorm, though. Since the HALLOWEEN series has been around for so long and we love it so much, we’ve all sat around with friends watching them and talking about them. Because we love it so much, we can make our conversations about them more tangential. Like when Dante and Randal went on about contractors building the second Death Star. There’s so much to mine in Haddonfield, so let’s take a look at what our writers will be digging up and when.

Johnny Donaldson (@johnnydonaldson) will get the party started early on Monday with a fast and loose warm-up for everyone with 1978’s HALLOWEEN. 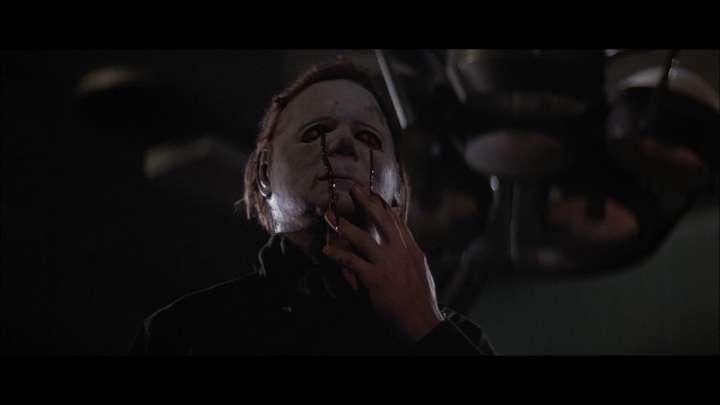 Rathan Krueger (@DarknessOpera) picks things up in the evening with HALLOWEEN 2. He chose this one because he loved how it picked up immediately after HALLOWEEN and was about the town reacting to a killer. He’ll be tweeting about wanting a sequel vs. needing a sequel, serial killer culture, plus the pros and cons of suggested violence and overt violence. 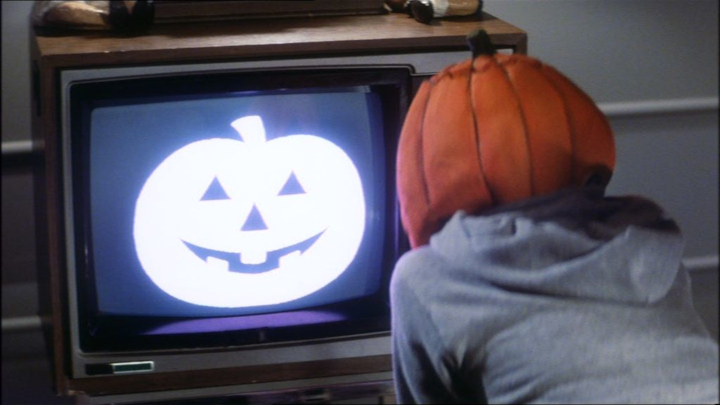 J. Tonzelli (@JTonzelli) will be happily delving into the black sheep of the HALLOWEEN series, HALLOWEEN 3: SEASON OF THE WITCH, which he’ll defend as being the second-best entry in the entire series. The first and only attempt to steer the HALLOWEEN series in a Shapeless direction, SEASON OF THE WITCH has been disregarded for too long due to its lack of the now-legendary slasher maniac Michael Myers. What SEASON OF THE WITCH actually offers is a unique story that more firmly uses the night of Halloween not just as a backdrop, but as an inspiration for the story being told. There will also be discussion regarding Tommy Lee Wallace’s frankly underrated career as a director with some minor deviations into IT territory, along with another John Carpenter-related title, VAMPIRES: LOS MUERTOS. And last but not least, there will be a severe worshipping of the ground upon which walks the venerable Tom Atkins. 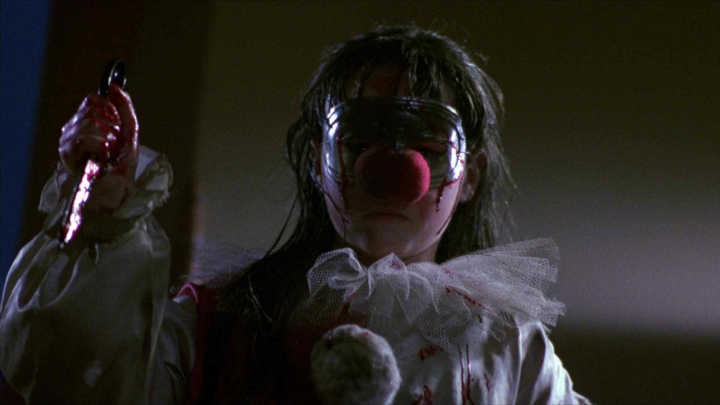 J. will also welcome The Shape back to the series with HALLOWEEN 4: THE RETURN OF MICHAEL MYERS, and will argue to be the best Myers-centric sequel in the series (this year’s HALLOWEEN rebootquel notwithstanding). He’ll also discuss Danielle Harris’ introduction to the series that will see her appear a total of four times, early iterations of the script, John Carpenter’s own idea on what a HALLOWEEN 4 could look like, and a minor exploration into director Dwight Little’s action past with Steven Seagal’s MARKED FOR DEATH and Brandon Lee’s RAPID FIRE. There will also be discussion regarding Haddonfield’s transformation post-1978’s events, and the regression from Loomis into mild-mannered doctor into an Ahab-like obsessee. 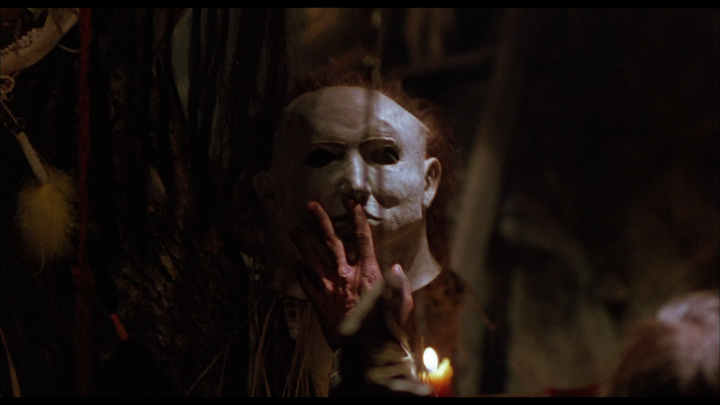 Paul Freitag-Fey (@dekkoparsnip2) will be taking the reins on HALLOWEEN 5: THE REVENGE OF MICHAEL MYERS, which always struck him as an odd title, because, well, what exactly is he getting revenge on? He kinda started this thing. Take responsibility, man. Anyway, he’s always had a soft spot for this one, partially because it’s the first of the series he saw theatrically, and partially because he thinks Dominique Othenin-Girard is an underappreciated director, and Paul understands why he was brought to the franchise. He’ll also be going into a bit of the 2000-era comic book series that tried to tie all of the continuity together. 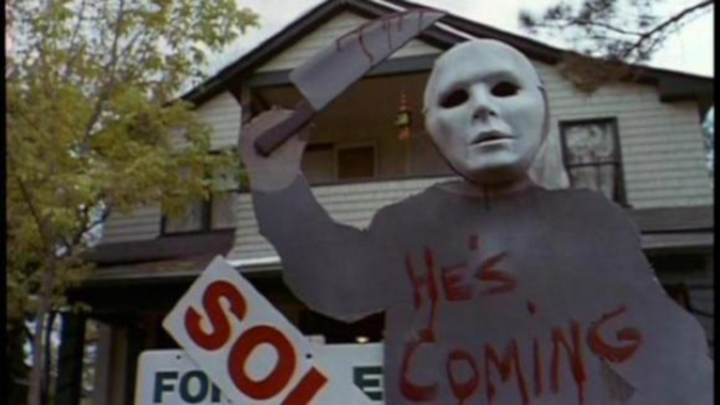 Anya Stanley (@BookishPlinko) will have a lot to say about HALLOWEEN: THE CURSE OF MICHAEL MYERS. She’ll tweet quite a bit about its narrative ambition with the inclusion of the Cult of Thorn, and draw comparisons to the telekinesis plot of FRIDAY THE 13TH PART VII: THE NEW BLOOD. She’ll also go into the differences between the Theatrical Cut and the (vastly superior) Producer’s Cut. Discussion of the two cuts of H6 can lead to an overarching commentary (over ALL the films of the franchise) on the Akkad family’s custodianship of the series and creative differences of vision RE:Michael Myers from director to director. 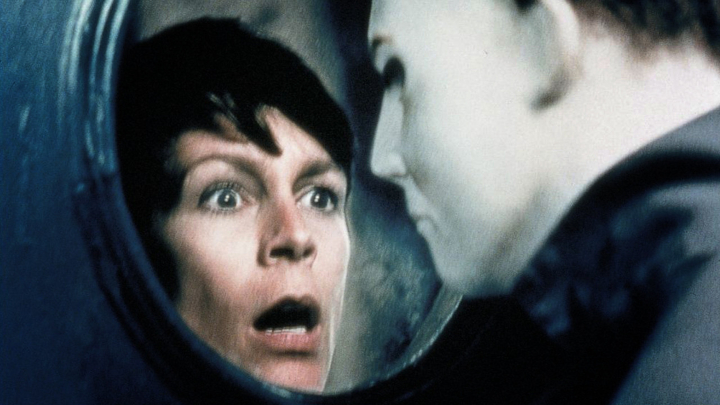 Kevin Tudor (@kevtudor) has this to say about HALLOWEEN: H20: “This was it. The return of Jamie Lee Curtis as Laurie Strode. There was a lot riding on this movie after the badly received sixth entry in the series. It came off the tail end of the resurgence of the slasher subgenre after the massive cultural hit of SCREAM. Steve Miner of FRIDAY THE 13TH PART II & III fame was helming it with a screenplay based on a story by SCREAM’s screenwriter Kevin Williamson.

It ended up being the highest-grossing film in the series and one that fans enjoy for its inclusion of Laurie, but also see that it was trying to catch some of SCREAM’s lightning at the time.” 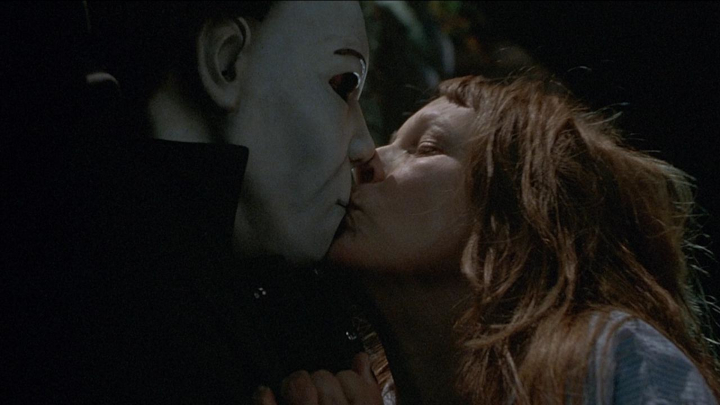 Kevin also has this to say about HALLOWEEN: RESURRECTION: “Probably the most hated entry in the franchise and the one I’m most excited to revisit. It’s Busta Rhymes and Tyra Banks vs. Michael Myers. I can’t wait to see how much this movie aged like milk with the Myers’ house turning into a web-cam haunted house. This was at the peak of online horror shows such as FreakyLinks and MTV’s Fear so RESURRECTION was very topical but aged damn near immediately.

I haven’t seen any of the HALLOWEEN films in well over a decade (besides the original). I picked these because I knew I’d have the most fun live tweeting them. Expect numerous random Busta Rhymes quotes.” 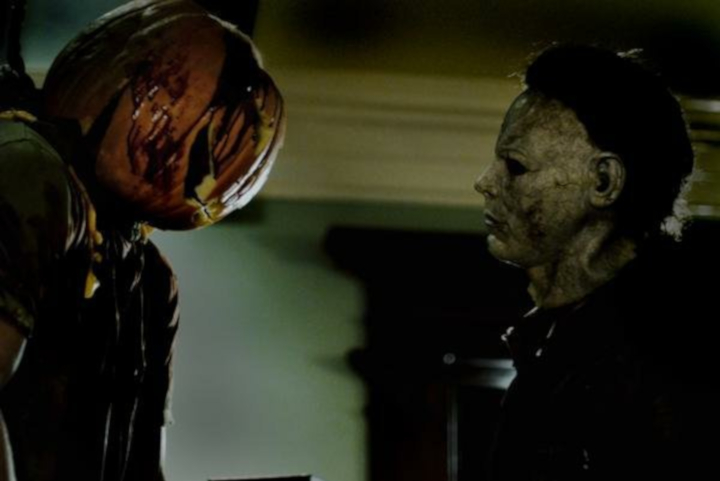 Rathan Krueger (@DarknessOpera) will be tweeting about Rob Zombie’s HALLOWEEN. There are sites and forums dedicated to bashing it, so look them up if you’re expecting that. He’s gonna tweet about how you’re damned if you do/don’t in regards to a remake’s loyalty to the original, and how horror directors have embraced the confessed mistakes of Carpenter and Cunningham instead of learning from them (like how they didn’t properly show characters being too distracted by sex or drugs to notice the killer became sex and drugs equals death). 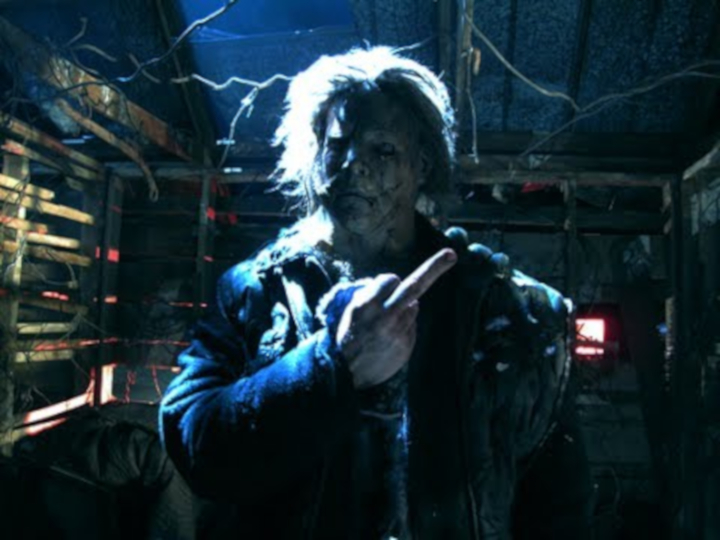 Rathan will be back for Rob Zombie’s HALLOWEEN 2, and he missed the hate train. He’s gonna go on a loooong rant about how acting in horror movies deserve much more credit than it’s gotten, and how the sequel deserves credit for showing survivors of a horror movie realistically while going on about PTSD and horror movies.

And there you have it. So join us starting October 1st with the hashtag #ReignOfMyers. It’s gonna be tons of fun serving as commentary tracks, and we’ll learn from you too. Keep your eyes on Daily Grindhouse for specific times, but everything except Carpenter’s HALLOWEEN will be during evenings. And keep your eyes on the door, because death might come to your little town… 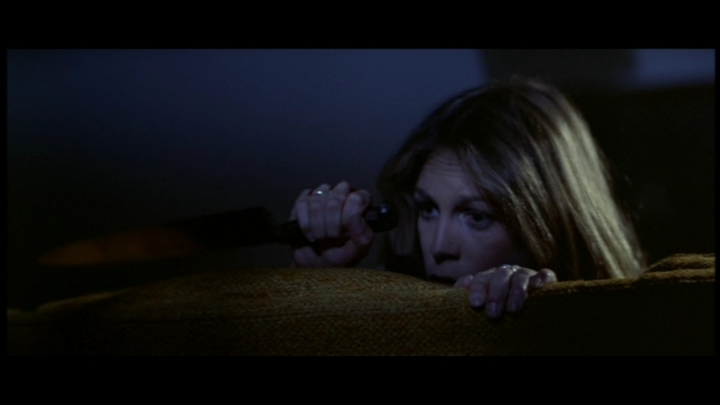