Welcome back to The Wall, ya bunch of delinquents. While you little ghouls get ready for Devil’s Night, another batch of new releases are dropping.

There are three flavors this week. Good, Bad, and Ugly. There is zero gray area in the titles hitting shelves. Just know that you’re going to want to plug your nose if you decide to watch the film starring Jeff Bridges, that shit’s a mess. Obviously the best film on the list this week is LA NOTTE, but I do want to put in a little shout out to BOUNTY KILLER. This is kind of a TANK GIRL riff that has some cool characters and good action. That and OUT IN THE DARK were both real surprises for me. 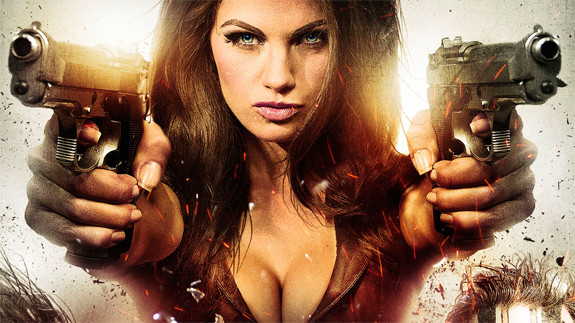 As for HANGING OF DJANGO, I didn’t dig this film much. It has an incredible amount of bullets flying around the screen and still manages to be boring. It doesn’t help that the transfer looks like crap. Anyway, not a lot of titles this week due to Halloween but next week is pretty stacked: PASSION from De Palma, WHITE HOUSE DOWN, LOVELACE, AS I LAY DYING, OLDBOY 10TH ANNIVERSARY EDITION, and more.

Use the links below when you snag some of this good shit to help keep the DG doors open. We appreciate all the support! Now, let’s get to gettin’.