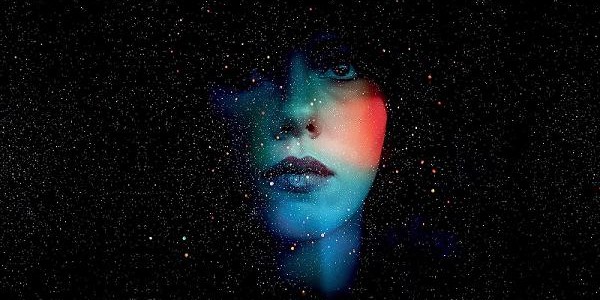 No elaborate run-up needed: This is everything that came out on Blu-Ray and DVD on July 15th. Without a doubt you’ll find one or two movies you’ll want to take home with you out of this batch — it’s an eclectic, exciting bunch.  Please click through the cover artwork to purchase these titles through us. Director Lewis Milestone adapted Erich Maria Remarque’s work for ALL’S QUIET ON THE WESTERN FRONT in 1930, and he did so again here, again crafting a romantic war epic whose running time was condensed for release. Cinematography by Russell Metty, which makes it mandatory. Charles Laughton plays an evil Nazi, which come to think of it is a redundancy of terms.

Another Lewis Milestone war film, this one photographed by James Wong Howe and also known by the title THE NORTH STAR. It’s the first appearance of Farley Granger — looking shockingly young in that still frame above — and has supporting performances by beloved old coots Walter Brennan and Walter Huston. Written by Lillian Hellman with music by Aaron Copland. This one’s on my personal list — it’s a killer-rat movie from the same director who made ENTER THE DRAGON. Beyond my fascination with ultra-specific animal-attack subgenres, I’ve got to know how one goes from directing Bruce Lee in maybe the most influential martial-arts film of all time to wrangling Satanic rodents.

DEATH FOR HIRE is such an obscure release I couldn’t even dig up any still frames from Google Images, but I had to include it for that title alone.

If you would like to hear me go on at length about 1990s Nicolas Cage movies, have at thee! Here’s a pair of features from two of the more dynamic auteurs of the last half-century. FACE/OFF is a florid sci-fi action epic with the soul of an opera, and SNAKE EYES is an eccentric thriller which ends on one of the most spectacular phallic suggestions in cinema history. A fine double-feature.

Normally The Asylum puts out knock-offs of mainstream blockbusters around the same time the bigger movie is released, which is what’s happening here, except in this case an Asylum knock-off of a Brett Ratner movie starring Dwayne Johnson is such a lateral move this almost qualifies as synchronicity, like that one summer ANTZ and A BUG’S LIFE came out at the same time as ARMAGEDDON and DEEP IMPACT.

In the tradition of the best Blu-Ray double-features, it isn’t immediately apparent why these two films are being packaged together, and in fact I can hardly be bothered to look into THE FINAL OPTION since I ESCAPED FROM DEVIL’S ISLAND would appear to have Jim Brown punching a shark. I must have it.

It would make perfect sense to package THE DEPARTED with INFERNAL AFFAIRS, the Hong Kong cop film upon which THE DEPARTED was based. Of course, that isn’t what happened here. What a difference a single letter makes. Did somebody at the factory just plain fuck up?

Intriguing horror set-up: Guy wakes up in a pit full of corpses with no sense of how he ended up there. That’s an image reminiscent of the opening of RAVENOUS. I’d have to hear more about this one before I gave it a look, though. My horror to-do list is over-flowing like the figurative pit full of corpses. One of the two Criterion releases for the week is this highly influential French film about a young thief who falls in love. This essay on the Criterion page is far more literate than anything I got in the tank.

It’s a cartoon movie about birds. I’m guessing y0u don’t come to this site to read about this kind of thing.

I’ll watch just about anything filmed in Monument Valley. This one is a crime drama co-written and directed by its star, Jason Momoa, who put together a solid cast including Wes Studi, Sarah Shahi, and Michael Raymond-James from Terriers (RIP Terriers). Haven’t heard much about this one but I’ll give it a chance if I get the time.

One thing I love about my experience of SCANNERS is that its most notorious scene takes place pretty close to the beginning — that means, if you’re coming to it late in the game as I did, that even if you know what you probably know about SCANNERS going into it, there’s still plenty to discover. David Cronenberg is an essential filmmaker for genre fans to become acquainted with, but he isn’t necessarily the most immediately accessible — this is probably intermediate Cronenberg; not quite as straightforward as THE FLY or THE DEAD ZONE but still engaging enough to the wider audience it deserves. He’d probably hate me making the comparison but this tale of warring telekinetics is as close to a superhero movie as Cronenberg will ever get. That undersells the thematic concerns of the picture but it should indicate the rewards that await if enough attention is paid. I’ve only seen half of the handful of shark movies collected here but that’s probably 200% more than most people. If you’re looking for a decent shark movie, you could do way worse than BAIT. If you’re looking to do way better, your options are scarce. Here’s my piece on it for Daily Grindhouse.

Conspicuous timing, considering the mainstream release this month of a romantic comedy going by a very similar name. This one’s a horror movie, though at this point Hollywood’s mistaken conviction that we are collectively that interested in seeing Jason Segel’s nude body this often is an eerie premise all on its own.

Been sitting here staring at these two titles for ten minutes, trying to come up with an original thought to share. I’m calling the game on account of lack of inspiration. You know what these movies are. I’ve seen one or both of them but I don’t remember much about either one. For fans of the franchise, there is this release. Surely someone out there has been waiting anxiously for both TOMB RAIDER movies in one. Now you can finally be at ease. 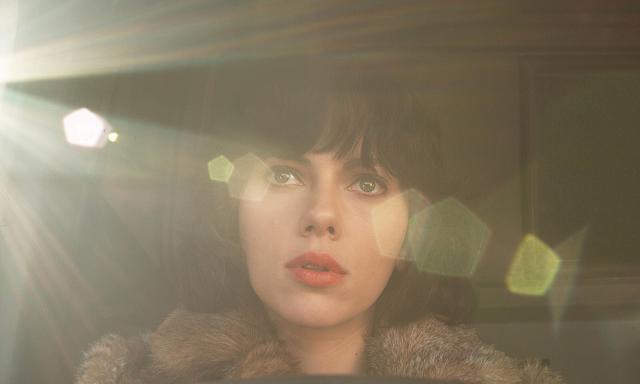 Jonathan Glazer’s latest film as director — after SEXY BEAST and BIRTH — has been most often called a science-fiction film and it has been called an art film, and I suppose both classifications are apt. By any measure it’s one of the most fascinating films to hit American screens all year, but personally, my own experience with it came closest to horror. UNDER THE SKIN is eerie and deliberate, and while nothing that happens in it is specifically scary by definition, the way it all plays out is extremely unsettling — but not, aside from the roiling ambient score by Mica Levi, in a way that makes you look over your shoulder when you hear a sound at night. It’s troubling in the way it presents humanity as such a fragile, fluid element, one which very easily drains away. Scarlett Johansson, who normally feels to me like a very warm presence onscreen, bleaches all color from her performance — as an audience member, just as any of the hapless passengers who cross her path, you look for some way to connect with this figure and it just isn’t there. The most emotive, affecting performance in the film comes from Adam Pearson, a severely disfigured man who in real life has neurofibromatosis. Due to his affliction his expressions are scarcely scrutable, though objectively speaking he’s probably the most relatable, recognizable character in the entire picture. That would be a callow irony in almost any other film, but here nothing quite that heartwarming is at play. When she lets this man live, the nameless alien predator played by Johansson begins a shift towards sensation that is more of a chink in the armor than an optimistic development. It’s sort of like what happens when Neil MacCauley lets Waingro into the crew in HEAT, and later fails to eliminate him. Letting anything remotely resembling emotion into an efficient and remorseless system turns out to be a fatal impurity. If I’m right, that is a real dark reading. No wonder I haven’t been able to shake this movie for three months and counting. And if I’m wrong, let me know! This film is never going to lead to a dull conversation.

More in a moment!