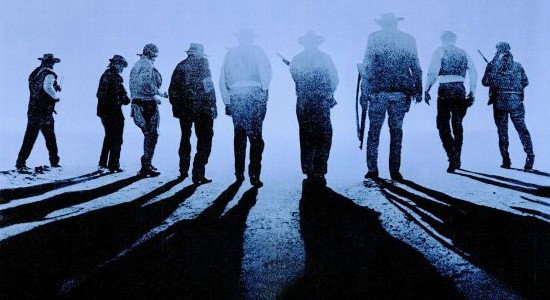 Passing on DJANGO UNCAHINED apparently gave Will Smith a hard-on for a western because now he doesn’t just want a western, he wants to remake one of the best westerns of all-time and one of Sam Peckinpah’s greatest achievements. Taking on the role of star and producer, Smith wants to reboot THE WILD BUNCH. According to The Wrap, Smith wants a “modern remake involving cartels south of the border, the “Wild Bunch” reboot is expected to follow a disgraced D.E.A. agent who assembles a team to go after a Mexican drug lord and his fortune.”

Why even call this THE WILD BUNCH? Just because you have a pack of guys on a mission doesn’t make you the fucking WILD BUNCH! Smith dropped out of DJANGO UNCHAINED because he had problems with the tone of the script and due to Django not having a large enough role. So, naturally you move to THE WILD BUNCH which is an ensemble cast and mean as hell. Make your own film, it sounds like an okay-ish action/adventure that could be gritty and hyper-violent. Something someone like Joe Carnahan could direct, but don’t call it THE WILD BUNCH. It makes about as much sense as Will Smith starring in a WILD BUNCH remake… sounds crazy, doesn’t it?

My guess is that this thing moves fast and picks up some big names to fill out the ensemble, but I have one word and one letter for Smith on this: Hard R.

Water is wet, the sky is blue, and Hollywood is out of ideas and remake crazy.

If I could kick this project in the balls, I would. Twice.