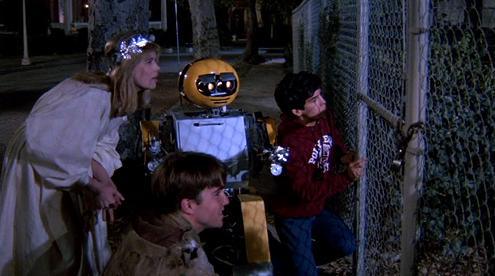 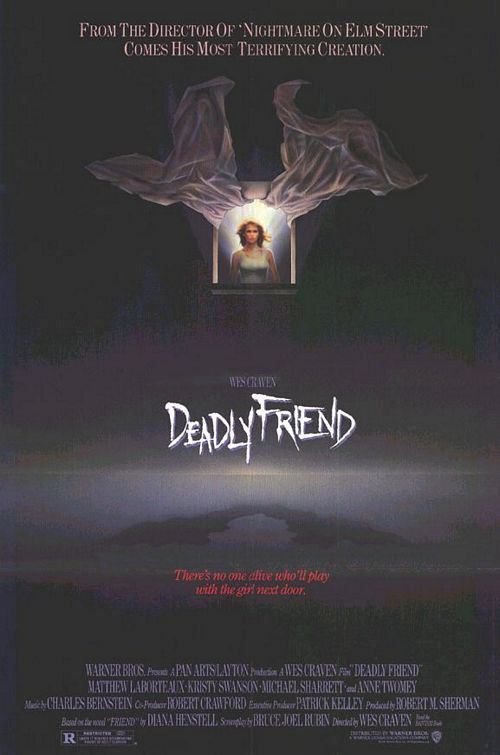 In 1984, Wes Craven made A NIGHTMARE ON ELM STREET. Two years later, the phenomenally compromised DEADLY FRIEND threatened his horror-master-emeritus status. DEADLY FRIEND mostly only works today as a comedy, give or take a couple ghastly scenes, but if you look at it that way, it’s phenomenal. Adapted for the screen by Oscar-winner Bruce Joel Rubin, the movie concerns one of those 1980s genius kids who invents a bright yellow robot named “B.B.” (voiced by the same guy who voiced Roger Rabbit). The robot, which is like a big yellow Johnny Five from SHORT CIRCUIT, if Johnny Five had been willing to crush the nuts of neighborhood bullies like a vise, is the equivalent of a problem dog. The kid loves him, but he bites, and eventually he’s got to be put down. Luckily, the one holding the shotgun is the one-of-a-kind Anne Ramsey – you know her from THE GOONIES, THROW MOMMA FROM THE TRAIN, and SCROOGED. She plays the mean neighborhood lady who shoots up the kid’s robot. A sad day. Meanwhile, the kid has managed to befriend his troubled next-door neighbor, who is played by a very young, distressingly-cute Kristy Swanson. The girl, Sam, suffers under an abusive father, who ends up knocking her down the stairs, which sends her into a  coma. Having now lost his two only friends, what else can the science kid do but put B.B.’s robot personality into Kristy Swanson’s body? If this were any other 1980s teen movie, there’d be sexual overtones, but it’s a Wes Craven flick, so the robot Sam has to end up going on a killing rampage, despite the fact that, no offense, Kristy Swanson isn’t all that scary. Come for the scene where Kristy Swanson destroys Anne Ramsey with a basketball, stay for the hilariously non-frightening end-credits song where B.B. the robot raps over ominous synthesizer strains.

This movie is so much fun. I could write a lot more about it, or I could convince you to run out and see it in four simple steps. Let’s try the second option. 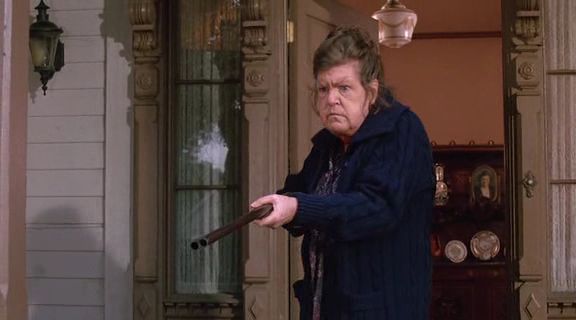 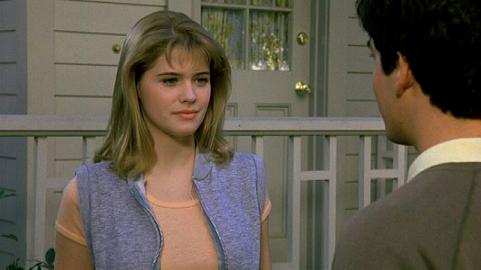 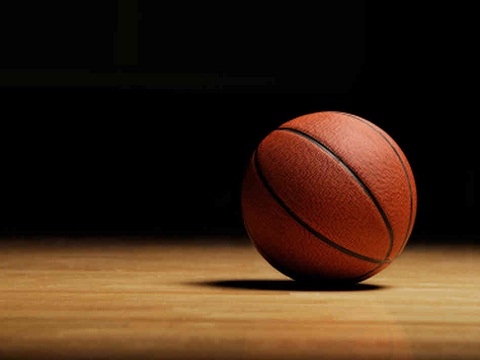