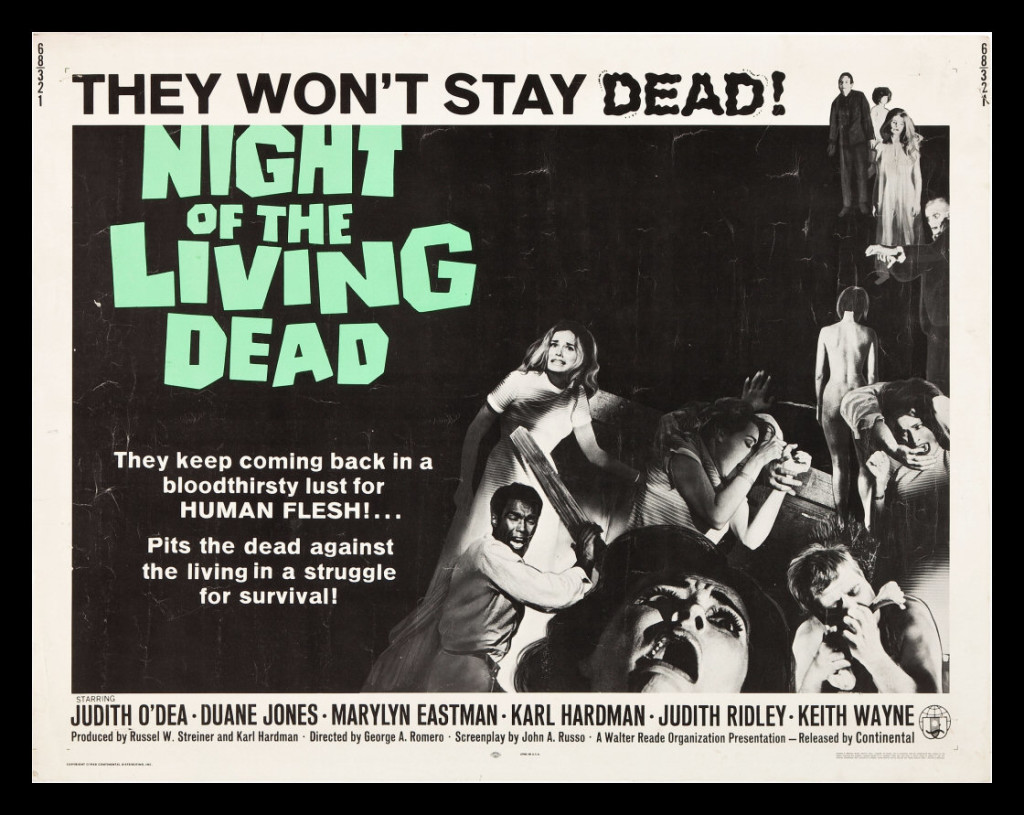 I cannot think of a single more essential film for budding horror fans than 1968’s NIGHT OF THE LIVING DEAD. Maybe 1922’s NOSFERATU is the nearest contender. These are the building blocks from whence entire genres and subgenres were constructed. They’re in black-and-white. Get over it. Some of the best movies ever are in black-and-white. It’s so necessary to know the history. It’s so amazing to see that these movies still work as intended. Like NOSFERATU, NIGHT OF THE LIVING DEAD is a movie which is in the public domain, which means that you can watch it online without too much guilt, and if you haven’t seen this pivotal movie before, maybe you’ll consider using this article as a bridge to doing so. Even better is seeing it in a theater with a midnight audience, upon which the frights of this film still carry an elemental power. In Manhattan, there is a midnight screening tonight at the IFC Center. Hear that sound? That was the starter pistol. Start running if you’re within reach.

If you put a gun to my head, hopefully it’s not because I have become a zombie. If you put a gun to my head and demanded I tell you what the most important horror film of all time is, I’d probably have to send you right over to Romero’s follow-up ten years later, 1978’s DAWN OF THE DEAD, a sequel of sorts. The sociopolitical elements of that film are more intentional, and quite perfectly matched to the eerie and sometimes horrific atmosphere. But without NIGHT, there’d be no DAWN. Came down to that. Being a horror fan and not having seen NIGHT OF THE LIVING DEAD is like being a religious person and not having read your religion’s bible. People do it all the time, but those aren’t the kind of people you should want to be.