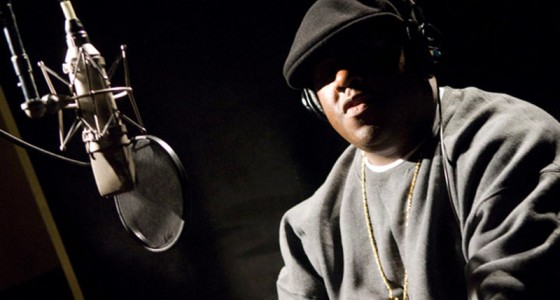 NOTORIOUS , which is playing tonight over at BAMcinématek in Brooklyn as part of a film series called The Source 360, is a workmanlike picture that will only seem better or worse than that depending on what you bring to it. Personally I brought a carry-on, and it didn’t fit in the overhead compartment.

Hip-hop is important to me, I grew up on it, I still keep an ear out for it, particularly towards the East Coast side of things. Guess I’m just like a whole lot of music-obsessed white boys of my generation – I remember where I was when I heard about Kurt Cobain, and I remember where I was when I heard about Big. And both still carry a huge significance, but personally, ten years later I know who I’d rather listen to. The effect of “Juicy,” “Big Poppa,” or “Hypnotize” on a crowd continues to be potent as ever, and I think I could hear “Sky’s The Limit” all day and not even mind on the 23rdhour at all.

But, even with that soundtrack in my head, thinking back on this movie, I’m not sure that I see the point of it.

As a re-enactment, it just kinda happens. Outside of Jamal Woodard as the title character, who obviously does his very best to recreate an impossible figure to recreate and occasionally even succeeds, it doesn’t seem like most of the other actors are as concerned with (or directed towards) approximating the characters they play.

Derek Luke (still best known as the star of ANTWONE FISHER) gets top billing as Sean “Puffy” Combs. And let it be said that I haven’t seen a big-time record producer cast himself so generously since Blair Underwood was cast in Russell Simmons in KRUSH GROOVE. I really like Derek Luke’s performance as Puffy, but that’s more because the guy is difficult not to like in anything than because of what’s scripted for him to say. The Luke casting at least will force the haters to see what’s good about Sean Combs – that it may be true that he went way overboard with the sampling and the clowning and the materialism, but it’s also probably true that without Puffy, there is no Biggie.  Puffy and his coworkers knew how to help present Biggie to his audience, and he had a keen ear for which samples would sound right with that inimitable voice.

I also really like the actresses who play Faith and Kim. Antonique Evans is sweet if maybe a little too angelic in the role of Faith Evans, Biggie’s eventual wife.  Naturi Naughton in particular is a standout as the woman better known as Lil’ Kim; she gets at the essence of Jim’s spiky charisma while bringing plenty of her own. In a better world this could have been a star-making performance. Both these actresses bring a needed sympathy (and yards and yards of cleavage) to the portrayal of a couple of very well-known performers — although it’s also true that the more you care about the girls in his life, the less that Big’s relentless philandering seems quite so charming.

It’s the mannered performances from the more veteran actors, such as Angela Bassett and Anthony Mackie, that distract. Also distracting is the story’s “this happened, then that happened” structure, which leans way too heavily on SUNSET BOULEVARD voiceover narration throughout. Where the movie is effective, if it is that, is by convincing an audience that the loss of Christopher Wallace is a loss to the hip-hop scene and to the world at large – but that brings me back to wondering why we needed a movie to tell us about that. If you’re one of Biggie’s many admirers, all you have to do is listen to any of his songs to remember his irreplaceable talent. It takes three minutes off Ready To Die to get the same effect NOTORIOUS offers.

It needs to be asked: Why bother to make a movie about the man behind the music? As a man, he was not necessarily someone to emulate. First of all, he was only 24 when he was killed; still a kid. Who knows what he would have become had he lived, but as the movie itself shows, Biggie was a corner drug dealer who was a father at 17 and who cheated in any significant relationship he had. His talent made him special but it didn’t on its own make him a good person. The movie suggests that he was working on that, and hopefully that’s true. Without question, he loved his mother and his kids and he was loyal to his friends. So there’s every reason to believe, as the movie asserts, that he was developing morally – Biggie’s songs are special and important and RARE in all of music largely because of the self-knowledge, self-loathing, self-doubt, and sensitivity in his lyrics. But again, why do we need to see all of the “truth” behind that re-enacted? This question goes to the whole fame vs. talent vs. morality conundrum, or what I prefer to think of as the John Wayne argument.

Goes like this: John Wayne is one of the great movie stars, but in real life there are plenty of reasons to suspect that he was something of a shitbag. I may not have wanted to have known him personally and he may not have wanted to know me. But I’ll be damned if that’s going to stop me from watching and enjoying and learning from THE SEARCHERS or THE MAN WHO SHOT LIBERTY VALANCE. You get me? The American interest in the personal lives of our public figures and artists is nothing new, but it has grown exponentially over the last few decades, and I’m not sure it’s to the benefit of our enjoyment of their art. It’s not a Constitutional right for us to know who celebrities are sleeping with, or what they worship, but we seem to think it is. It’s one thing for my friends who actually work in the industry, on movie sets, to choose whether or not they want to support a specific movie based on their personal relationships with the names involved, but the vast majority of people who skip seeing a well-made movie, only because they don’t like what its star said to US Weekly, are missing out, and for no great reason.

But The Notorious B.I.G. didn’t make movies – he made music. His songs are the place for me to decide whether or not his message is one I want to hear. He copped to a lot of his bad behavior in his lyrics (and his statements to the press); and that’s all we need to know. Why do we need to know more? It’s not for me, or for most anyone else, to judge Christopher Wallace as a man – so why invite such scrutiny with a movie of his life? It’s not as if these are events that much need to be documented. They happened ten years ago; we all remember them. Even the younger generations appear to be aware of what went down and why it matters. And most of all, his music is still vibrant and actively listened-to: We don’t need NOTORIOUS  to remind us of the greatness of The Notorious B.I.G.’s music, not the way we seem to have needed RAY to remind us of the genius of Ray Charles, and not the way we definitely needed the still under-seen CADILLAC RECORDS to remind us to check out the Chess Records catalog.

What’s the point? It’s a rhetorical question, but not a useless one. All that said, obviously the world would be a better place if there were new Notorious B.I.G. music in it. It’s a terrible crime that he was killed, and an atrocious travesty and a national embarrassment that his killers have never been brought to justice, despite a wealth of incriminating evidence (which the movie NOTORIOUS scarcely addresses directly). 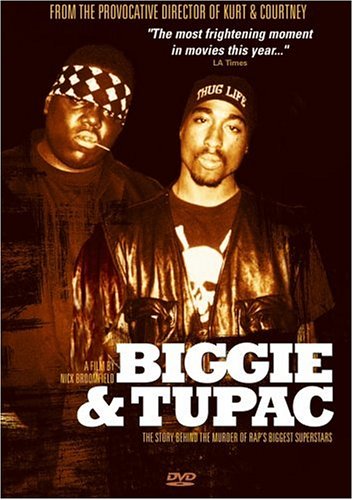 Highly-recommended busy-work on the subject: the documentary BIGGIE & TUPAC (which coincidentally is playing in New York this week over at the Film Society of Lincoln Center), and the book LAbyrinth: A Detective Investigates the Murders of Tupac Shakur and Notorious B.I.G., the Implication of Death Row Records’ Suge Knight, and the Origins of the Los Angeles Police Scandal by Randall Sullivan (about Russell Poole, the detective on the case, who at one point Sylvester Stallone was attached to portray, somewhat hilariously).

This is just me talking, but if there were a choice, I think it’d be much more productive if people looked at those references again, instead of mounting a pretty but shallow re-enactment like NOTORIOUS. Maybe someone would be inspired to go digging for the truth; maybe then something would actually change.

While we wait, though, let’s listen to some music…