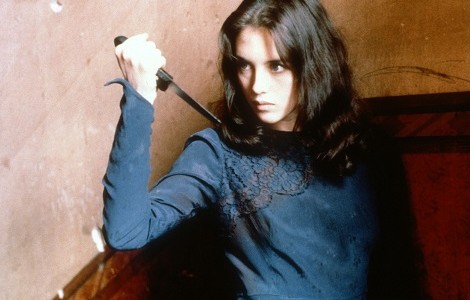 POSSESSION is playing tonight at 8pm at Anthology Film Archives. Screenwriter Frederic Tuten will appear in person for a Q&A after the film finishes. I defy you to watch this entire movie without needing to ask a single question of its writer. 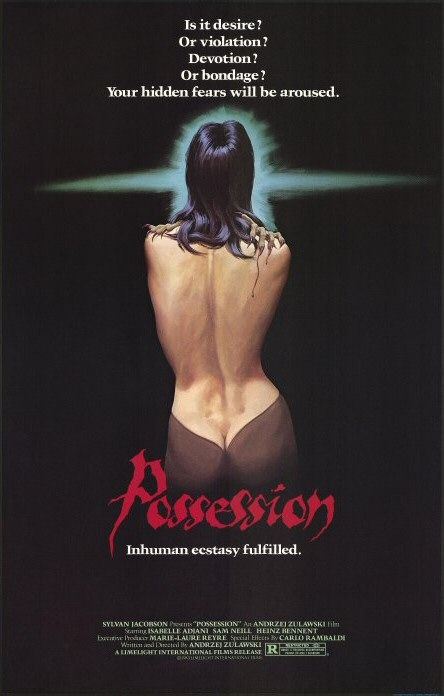 All of these films are linked by a common theme: marital decay and the dissolution of domestic relationships. Only one of them, however, features a gigantic hideous tentacle monster.  Would you like to guess which one I’ve seen? 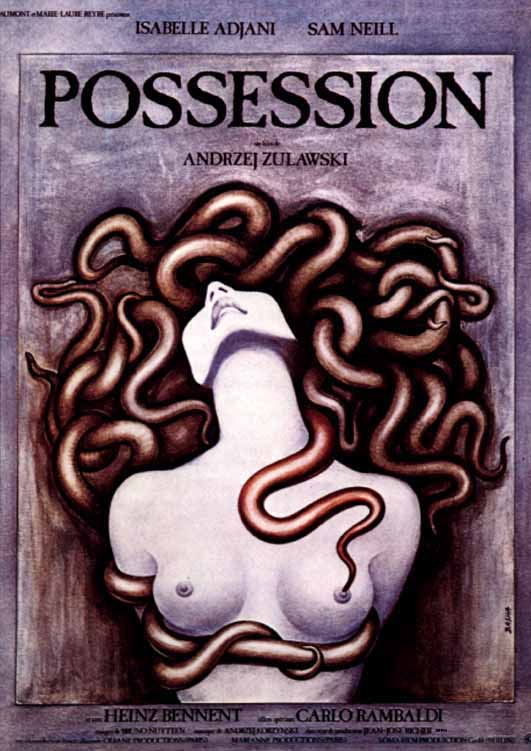 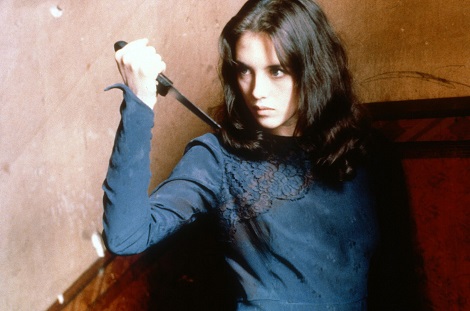 POSSESSION would be one of the rawest, most vicious, most harrowing films ever made about love, and marriage, and the awful dissolution of both, even if there weren’t an oozing Lovecraft-style tentacle demon sitting squarely and evilly in the middle of it.  Polish director and co-writer Andrzej Zulawski reportedly made the film in reaction to a painful divorce, and it shows.  This movie had to have been made by someone who knows what it’s like to be in love, and then out of it.  (The internet tells me that Zulawski has since been with, and NOT been with, Sophie Marceau, so his highs and lows may be higher and lower than most mortal men.) 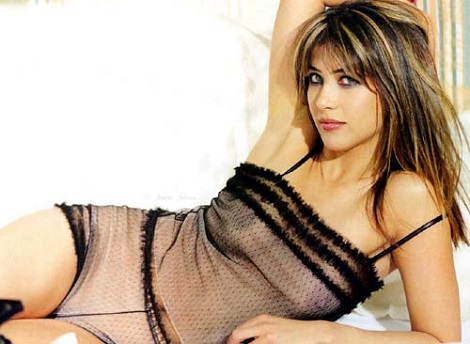 In POSSESSION, the dashing genre-film legend Sam Neill plays Mark, the husband going through hell on earth, and the fierce and striking Isabelle Adjani plays Anna, the wife whose mysterious personality-flip drives him to madness.  Mark returns from a trip and is immediately welcomed by Anna with a divorce request.  He feels totally bushwhacked.  They have a young son, who it seems Anna has totally abandoned, both emotionally and literally.  Anna has taken up with a new lover (Heinz Bennent) — who isn’t that new, actually, as he’s almost twice her age.  But despite the brutal slugfest that ensues between Mark and Heinrich, the new guy isn’t half the problem, really.  Something confusingly supernatural seems to be at work — Mark meets his son’s teacher, Helen, who is a dead ringer for Anna (Isabelle Adjani plays a dual role), while Anna is acting more and more unhinged, animalistic, and self-destructive, and oh yeah, that incredibly vile monster mentioned up top is starting to make house visits.  If all of this is sounding crazy, you need to see the movie because it plays seven-hundred times crazier than it sounds.  You’ve never seen anything like it. 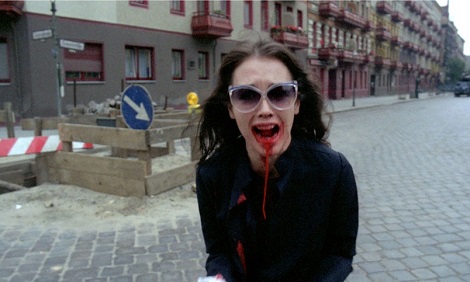 POSSESSION has an odd, frenzied, almost jumbled energy right from the outset, for many reasons, one of which being that this is an international production.  The film’s director is from Poland, its leading man from New Zealand, its leading lady from France, and its setting and filming location is in Germany.  This makes it interesting and vibrant, while lending it a personality clash that probably serves the narrative well.  The cinematography by Bruno Nuytten (who, maybe not for nothing, had a relationship with Isabelle Adjani) is fascinating — though it has the look of most British film at the time, and the film for long stretches wouldn’t look out of place on PBS, it picks up a whirling momentum that adds greatly to the disorienting effect of the events onscreen.  The unusual score by Andrzej Korzynski has a similar effect.  There’s nothing safe or reassuring aboutPOSSESSION once it gets going, least of which its perfomances.

Note: This piece was Voltron’ed together from previous writings I filed to my personal site and the greatRupert Pupkin Speaks. Visit both, particularly the latter!