2013 was a great year for Bret Easton Ellis at the movies. Aside from his own screenplay for THE CANYONS (and his narration for Placebo’s “Too Many Friends” music video), films such as ANTIVIRAL and THE BLING RING explored pop culture and celebrity in ways that strongly recalled Ellis’s work. However, the film arguably most closely related to the type of amoral characters who populate the world Ellis has created in his novels was barely able to make it to the big screen. After an extended stay in distribution limbo, THE UPPER FOOTAGE had a few theatrical dates before moving to a release of regularly scheduled online screenings, and now the film is available for rental through Vimeo. In a market where “found footage” films are still getting major theatrical release, UPPER is a unique, unsettling take on the concept that now seems creepily prescient.

Some backstory is required for UPPER to have maximum effect. In 2011, stories began to circulate about a video supposedly showing some rich New York socialite kids partying and one of them overdosing. Over the next couple of years, various celebrities were tied to the footage, and at one point Quentin Tarantino was rumored to have purchased “The UPPER Footage” with the intent of editing or adapting it into a feature film. Bits and pieces of the footage were released online by an anonymous party, supposedly as threats to the family of Blake Pennington (one of the main players in the footage). The people behind the film eventually opted to hold onto the film and release it independently, and in January 2013 the first screenings of the film, set to take place at a theater in New York, were shut down by protestors who had also put up numerous posters around the city proclaiming “Death is not Entertainment.” 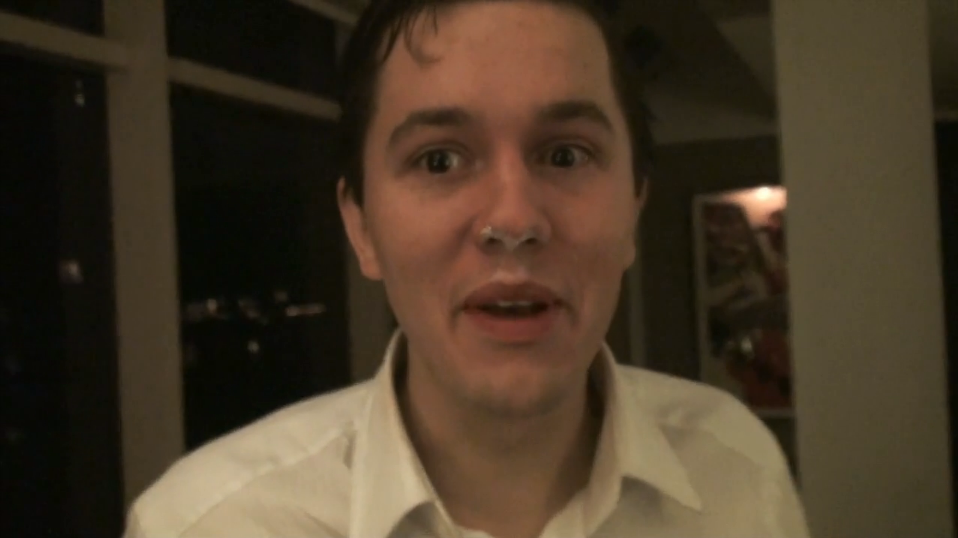 Eventually the film did manage a brief theatrical run of late-night screenings, leaving audiences stunned. Around the same time as the film’s screenings, director Justin Cole finally made a statement explaining that “The UPPER Footage” was fictional. However, it’s not hard to believe that those people who saw the film before Cole made his statement would have had a hard time figuring out if what they watched was real or not. After a brilliant viral marketing campaign that unfortunately flew under the radar of most audiences, UPPER delivered a completely convincing illusion of footage shot as a “home movie.” Even now that the film has been revealed to be fictional, it’s easily one of the best and most original takes on the “found footage” style of filmmaking in ages. 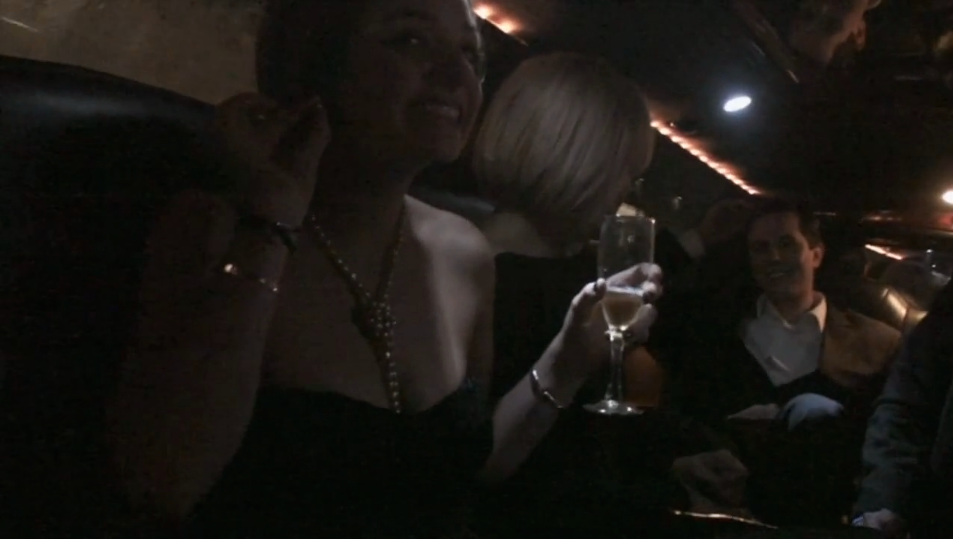 Opening with a montage bringing the viewer up to speed on the media coverage of the film (including footage from an episode of Entertainment Tonight), UPPER then changes perspectives to the camcorder of Will, a friend of Blake’s who takes his camera everywhere looking for creep shots. They meet at Blake’s apartment along with Blake’s girlfriend Taylor before heading out to the limousine of their friend Devon. The first section of the film is mostly the group riding around drinking, snorting coke off the limo mini-bar, and yelling at people outside the limo between racist and homophobic monologues. After a while they pick up Taylor’s friend Chrissy, and the plan is set: hit the bars, get more coke, head back to Blake’s. Their regular dealer is out, though, so they have to head downtown to meet a backup. 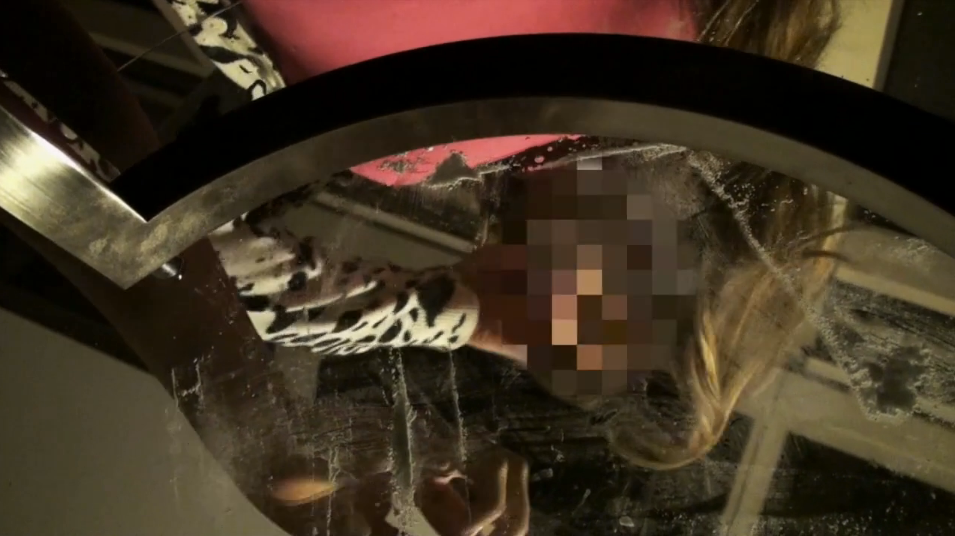 While Devon is excited to “go bobbin’ for some of that peasant pussy,” no one else is too interested. It’s Devon’s limo, though, so the crew heads downtown to try to find somewhere to hang out and pick up the coke. At some point Chrissy disappears and Devon comes back to the limo with Jackie, a young girl who is extremely impressed by their obvious wealth. They head back to Blake’s for more booze and drugs, with Devon and Will both trying to get Jackie to go home with them. It doesn’t work, so they keep drinking more and taking more drugs, until Jackie finally overdoses sometime late in the night. At this point, the group splinters, with Will and Taylor demanding to call the cops but Devon and Blake refusing and trying to come up with a plan to get rid of the body that includes keeping Will recording so they can all review the tape the next day and get their stories straight.

One of the main problems with most “found footage” films is that they take obvious liberties with the conceit: non-diegetic music, cuts to different cameras, etc. Once UPPER moves into the viewpoint of Will’s camera, it never leaves. The film uses the visual language of amateur video better than perhaps any film of this type since CLOVERFIELD, its “home video” aesthetic reaching an apex with a nearly 13-minute uninterrupted shot that is absolutely convincing as an “accident” of the camera running and being set down and forgotten. This is a seriously disturbing sequence, and a fantastic example of how to create a believably amateur aesthetic while building suspense. 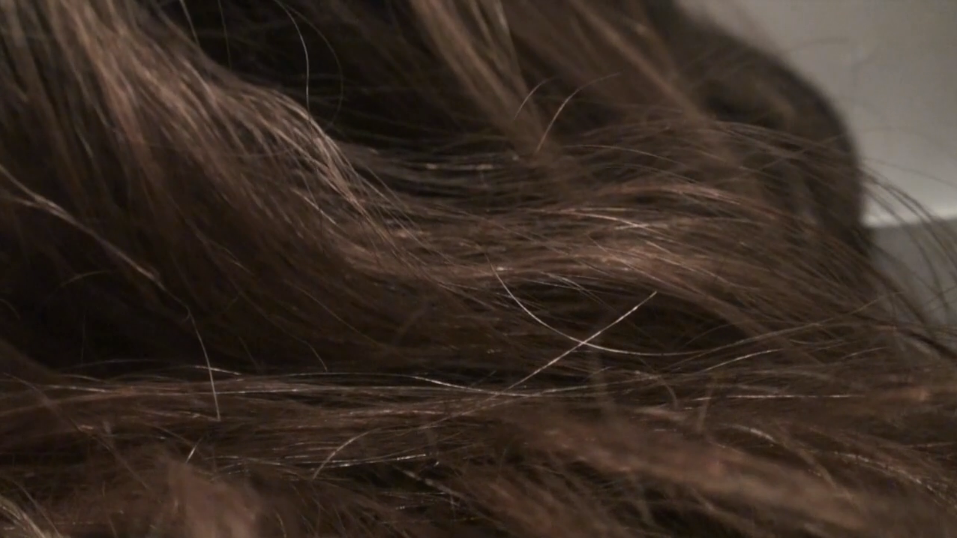 UPPER‘s Vimeo On Demand release could not have been timed much better, landing shortly after the trial of Ethan Couch, a Texas teenager who drove drunk and intentionally killed four people, but who was sentenced to rehab and probation instead of jail time. This ruling was partially due to a defense psychiatrist’s assertion that Couch suffered from “affluenza,” a complete lack of responsibility for his own actions learned from a lifetime of being allowed to do whatever he wanted without consequences due to his family’s extreme wealth. The case eerily echoed the story of UPPER, which now has an even more uncomfortable air of authenticity.

While the long and troubled road to distribution was no doubt frustrating for its filmmakers, UPPER ended up being released to the public at just the right time. Even though the story that takes place in the film is fictional, its theme of unchecked power in the hands of the wealthy are more relevant now than ever before. This is one of the best and most original “horror” films in quite some time, one that takes on an increasingly tired style from a totally different angle, and one that finds horror (and the bleakest humor) in a recognizable reality.

THE UPPER FOOTAGE is available through Vimeo at http://www.vimeo.com/ondemand/theupperfootage. Check out the film’s trailer here: