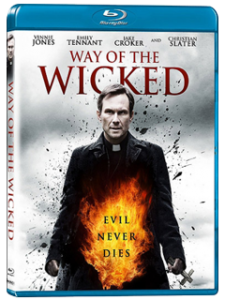 I like Christian Slater. When I say that, I don’t mean that I like him in some sort of ironic, “he was an A-list actor and is now doing a bunch of direct-to-video stuff that plays on his image and television series that don’t get a second season, ha ha ha” sense that some have in which they treat him like a punchline. I genuinely like the guy and think he’s a capable actor. He turned in genuinely good performances in the likes of HEATHERS, PUMP UP THE VOLUME, THE NAME OF THE ROSE and TRUE ROMANCE, and, while I’ve certainly been part of the problem in that I haven’t really even been aware of his most recent adventures on the small screen much less watched them, I do wish him the best. And heck, in the past year he’s worked with Lars Von Trier, Walter Hill and Roger Christian, so maybe he’ll get his career second wind. I’m rooting for you, Hard Harry.

It’s Slater’s image that’s prominently displayed on the cover for WAY OF THE WICKED, the new flick from Kevin Carraway that hits Blu-ray and theaters this week. And it’s an image of Slater — as a priest, no less – a likeness that suggests that Slater will be playing a vengeful father on a warpath or reckoning. It’s not an image, however, that really represents the film – Slater’s role in it is a supporting one, an ancillary character used to forward the plot a bit that could have been played by anyone. Slater is fine, mind you, but you get the feeling that the part was cast because the producers found out they could get Slater and shoehorned him into the film. It’s a feeling that plagues Carraway’s earlier film 7 BELOW as well, with Val Kilmer and Ving Rhames awkwardly cast in roles they don’t really seem suited for.

The curious thing about WAY OF THE WICKED isn’t the casting of Slater, but the film’s other bit of casting that probably wouldn’t have made for as stellar of a cover image but turns out remarkably well – that of Vinnie Jones. The casting of British hardass Jones, whose roles in A-list films seem to have dried up post-Juggernaut, as the widower father of a young teenage girl who works as a police detective in a small American town shouldn’t have worked at all. Jones comes off as about as “Small Town American” as Dame Edna interviewing a Royal Palace guard on Boxing Day and the idea that he’s the birth father of spunky Emily Tennant seems like something Troma would try to pull off as a joke, but he sells the hell out of the role, emerging as the film’s emotional center, and giving the strongest performance the film has to offer.

It’s especially surprising as Jones’s John Elliott isn’t really the center of the film, at least initially. At the start of the film, it’s his daughter Heather that’s involved in the strange death of one of her school mates, whose demise is suspected to have come via the mental powers of classmate Robbie, whom he’s been bullying. Father Henry (Slater) can’t prove anything, but he suspects Robbie so much that the boy and his mother move away. Several years later, Robbie, now played by Jake Croker, moves back to town and begins making awkward romantic gestures toward Heather (Tennant) – much to the chagrin of her friends and would-be boyfriend. 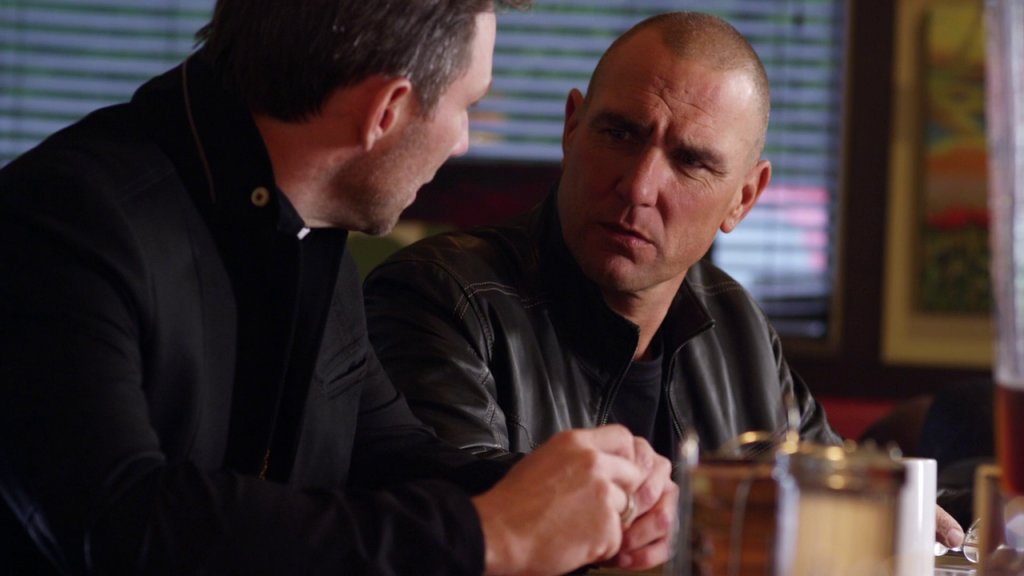 The psychic trauma that killed the bully in the opening starts re-emerging and people start dropping dead. Elliott’s investigations into his daughter’s life starts to complicate their already-strained relationship. Father Henry re-emerges to offer a warning about Robbie, and soon finds himself on the wrong end of the bloodletting. Is Robbie really the Antichrist, as Father Henry has warned? Will Elliott reconcile with his daughter? Will there be a climactic twist that’s reliant on retro-fitting one of the lead characters to act like a complete idiot for most of the film?

The answer to many of these questions: “Maybe!” 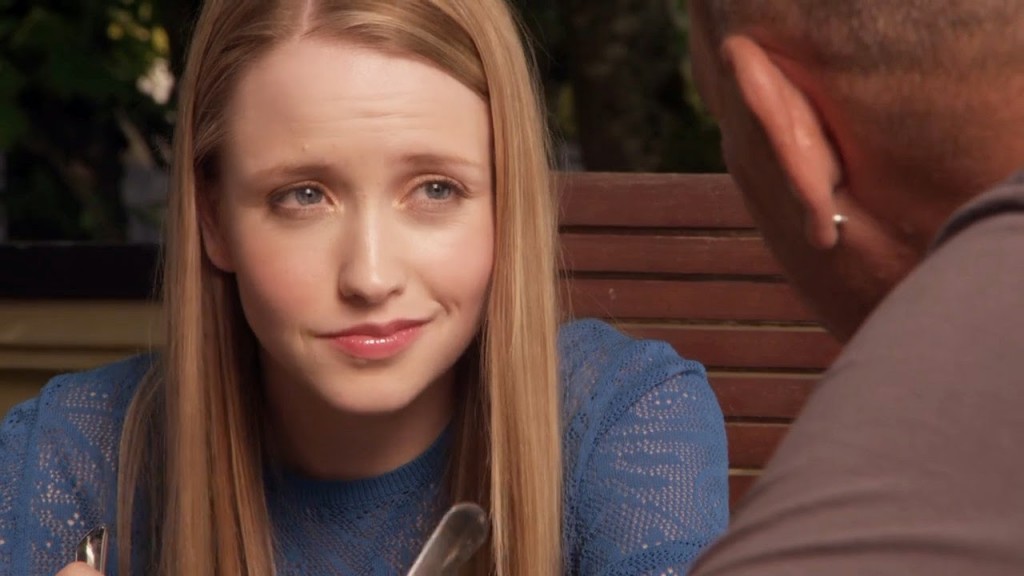 WAY OF THE WICKED isn’t a bad film – it looks good, with plenty of well-lensed outdoor scenes and moments that manage to establish the “small town” feel without forcing it down our throats. For essentially an OMEN-meets-CARRIE knockoff, there’s at least the attempt to get out of the cliché mold, even if the lead relationship between Robbie and Heather comes off as more of a confusing plot device than something that involves genuine emotion.

But you can’t get away from the feeling that you’ve seen this all before, and done better. The high point of Jones’ relationship with his daughter is pretty one-sided, with Tennant spending much of the film staring blankly at events around her, and even with the explanation that the family moved to the U.S. right before her birth doesn’t explain their complete lack of family resemblance in any form. A clever idea or two, a decent performance and solid cinematography don’t really make a movie, and WAY OF THE WICKED never quite finds a motivation to be anything more than a 90 minute time passer.

Oh, and a quick paycheck for Christian Slater. So more power to him.