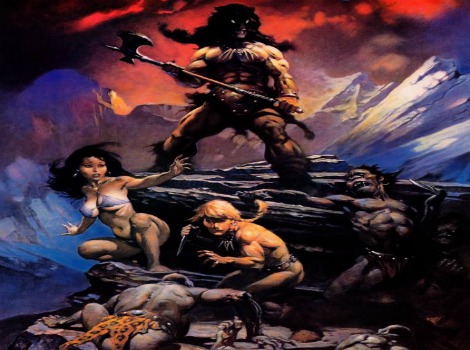 Robert Rodriguez is going to be one busy motherfucker. He starts filming MACHETE KILLS soon, then he jumps into noir and bloodshed with SIN CITY 2: A DAME TO KILL FOR, and now THR reports that he’ll follow those flicks by adapting Ralph Bakshi‘s FIRE & ICE (1983). Rodriguez previously spoke about the animated project at Comicon along with the news that he was interested in a remake of HEAVY METAL. I am not sure where the rock and roll animated epic falls into the 2012 schedule but my guess is that project just got pushed into 2013.

Anyway, here’s the verbiage from the THR piece:

“We’re almost done with the script; we’ve got it pretty much 70 percent there. I’m really excited about that one.”

“I think the timing is going to work out just right, and we’ll have a finished script in the next month or so,” he said. “So we can start lengthier preproduction and we can go right into preproduction — well, we’re actually in preproduction, sort of, or we’ve been doing a lot of the previsualization. But that would be the next thing after Sin City.”

Good stuff, Bastards. Rodriguez is constantly pushing the boundaries and challenging himself. That’s why he is one of our favorite directors. We’ll let you know more about this project as soon as we get more skinny on the details.