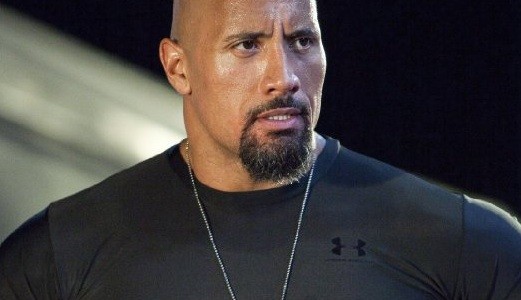 Amidst the never-ending onslaught of end-of-the-year lists (like G’s here, and our best horror films here, and out best psychotronic videos here, and our biggest news events here, not that we’d ever resort to desperate pleas for page clicks), the big news in the world of nerd fandom today has been a Tweet from Dwayne “The Rock” Johnson concerning an important meeting he held with the Warner Bros. CEO about an important DC Comics property.  You can read all about it here, and it’s assumed that this means that star of FAST & FURIOUS and PAIN & GAIN would be playing an iconic DC Comics character.

As is customary, let’s take a random guess as to who it could be!  If one of these turns out to be correct, we’ll repost this in three months and look like geniuses.

Who? The major villain of Captain Marvel (or, thanks to a legal snafu from the ’70s, Shazam), an ancient Egyptian prince with powers from the Egyptian Gods.

Why? They’ve been talking about a Captain Marvel movie forever — he’s one of the DC properties with name recognition, and recent comic book stories have made Adam into a well-rounded antihero that would make for a compelling character.  Johnson would actually be perfect for him physically, and he might jump at the chance to play a bad guy.

Why Not?  They’ve been talking about a Captain Marvel movie forever, and it’s still never happened.

Why?  Both actually have quite a bit of character and could make for an engaging movie, especially if they team him with his wife, Hawkwoman, making a rare opportunity to having a married crimefighting superhero duo on screen.  Johnson would be covered up by a mask, but he’s got the body for it, and could handle the character quite well.

Why Not?  Getting an audience past those wings and bird mask is going to take a lot of talent.

Who?  The last survivor (sort of) of the planet Mars, J’onn J’onzz is teleported to Earth by a scientist and becomes a private detective.  He can fly, shapeshift, and do loads of other stuff.

Why?  If you were going to set up a Justice League movie, J’onn is a natural fit, as he’s often thought of as the central core of the team.  It’s quieter role, but one to which Johnson could give a certain gravitas.

Why Not?  He’s also kind of dull on screen — he works great in a team as a calm counter to the chaos going on, but as a solo character, he never really engaged.

Who?  Cliff Steele, a race car driver whose body was destroyed and had his brain placed in a robot body.  He joined the Doom Patrol, a group of outcasts headed by the paraplegic Niles Caulder.  He’s surly and punches things.

Why? This would actually be perfect — Johnson would get a chance to punch stuff and make wisecracks, while still having a note of pathos underneath.  The only problem is that you probably wouldn’t get to see his face.

Why Not?  I’m probably one of about 50 people that would be ridiculously excited to see a Doom Patrol movie.

Who?  The guy from THE DARK KNIGHT RISES.

Why?  I know they just had Bane in a film, but they seem to be using a different continuity for Batman, so why not recast Bane?  This time, they might even give him a plan that makes sense and a voice that doesn’t sound like Doctor Doom with a British cold.

Why Not?  Probably too soon.  It took them over a decade to recover from the Bane used in BATMAN & ROBIN, and I’d guess audiences could suffer from Bane fatigue.  Unless, of course, he’s presented in a different context…

Who?  Bane’s teammate in the Secret Six, a team of mercenary former super-villains.  A third-rate Batman villain turned into a great character who plays both sides of the law.  He’s a pohysical badass who fights for the environment at the expense of humanity.

Why?  It’s a great character, with plenty of chances to be both physical and emotional.  As ridiculous as a name as he has, I’d love to see Catman go against the Dark Knight in the film.

Who?  A boxer-turned-superhero, Ted Grant is known as a physical trainer for other superheroes, and can hold his own in a fight.  He also has nine lives, for reasons I won’t get into.

Why?  He’d  make a natural fit for someone with Johnson’s charms and build.  He could even be introduced as Bruce Wayne’s trainer, as that was canon for a bit before DC rebooted everything.

Who?  A mentally-handicapped man with a malformed gland that caused him to — you know, I’m just going to stop there.  Don’t use Big Sir. Who?  A teenage girl who discovers she’s the lost princess of a magical dimension of Gemworld.

Why?  It would be a career-changer.

Why Not?  Because DC refuses to answer my letters.

Who do you think? Let us know below!