Home  ⁄  The Wire  ⁄  SAMURAI COP Fights Back from Beyond the Grave: Matt Hannon lives! 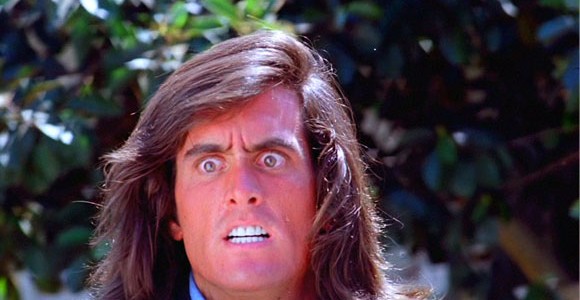 This is going to come as a shock to you, but sometimes the Internet Movie Database, the purveyor of truth in cinema and bible to all that is truly holy, can be wrong. Most casual filmgoers don’t notice these things – they just want to know the name of that one movie where Hugh Grant dated a mobster’s daughter because they caught five minutes of it yesterday and then the kids started yelling and Bob wandered in looking for his power drill as though I know where his power drill is, and se we spent ten minutes looking for the drill and by then it was the kids’ lunch time and I needed to make sandwiches because Toby had to get to soccer by two, and I should have DVR’ed it, but I couldn’t find the remote because Bob, you know how Bob is, was up wayyyy late last night probably watching “Game of Thrones” or something we can’t watch around the kids and he probably had the remote in his hand when he fell asleep and it fell into one of the couch cushions and with that new couch that separates, it fell way underneath and I can’t figure out where it went, so we’d have to move the couch and I just can’t get to that right now, you know? Anyway, it was Hugh Grant and there was a mobster or something and it looked so cute and I just wanted to see the ending.

Right. The Internet Movie Database, or IMDb as the kids call it, can be wrong. Let’s say you’re a big fan of 1989’s SAMURAI COP, for example, due to its amazing storytelling and compelling acting, the likes of which has been acclaimed by such noteworthy cinema aficionados as Red Letter Media, the FanTasia Film Festival and, yes, the Daily Grindhouse’s own Creeper. Let’s watch a clip!

That’s some good stuff, there. Let’s say that you’re such a huge SAMURAI COP fan that you want to look into the life and loves of Matt Hannon, the star of the show. So you go to the IMDb and find his page, only to discover this:

“Well, that’s tragic,” you think. Hannon’s short-lived film career not only ended as quickly as it began, but Mr. Hannon is no longer around to appreciate the cult potential of his one starring role!

But cry those tears, little buck! Unlike every other celebrity death that’s making its way across your social media feed today (some of which even refer to celebrities that have recently died), Hannon’s story has a happy ending. As it turns out, the IMDb is lying to you and your favorite samurai cop is alive! Or at least alive enough to post this video that appears to be shot while he’s waiting for his morning coffee to finish brewing, in which he talks about his claim to fame, and the movie that made the world a better place:

“What a fucking retarded film” indeed. Thank you, Mr. Hannon! You’re lookin’ pretty good for a dead guy.  We look forward to hearing more from you in the most exciting cult film resurrection since the rediscovery of Chester N. Turner.