It’s gone way beyond commonplace to dismiss Jerry Lewis and make easy jokes about the French for appreciating him more than we do, but you know what?  Painful as it may be to admit, the French are occasionally right about a few things, like:  Fries, dressing, Marion Cotillard, The Statue Of Liberty, and Jerry Lewis being funny.

In fact, I’m willing to bet you twenty bucks that no more than one out of every five people who talk shit about Jerry Lewis have never actually seen a Jerry Lewis movie.  I invite you to correct that oversight.  Granted, I’m not the biggest Jerry Lewis booster there is, and I admit I haven’t seen too many of his films, but the ones I have seen are a little bit tremendous.  Best entry point?  Well, you can’t beat THE NUTTY PROFESSOR.  But personally, my favorite so far is ARTISTS & MODELS.

ARTISTS & MODELS is a Dean and Jerry picture, one of the seventeen they made together.  It came towards the tail-end of the Dean Martin/ Jerry Lewis partnership, and as a result it couldn’t be more polished.  In this one, they play roommates.  Dean is a struggling painter and Jerry has a child-like fascination with comic books, which Dean doesn’t get at first — until he sees dollar signs.

Think of it a little bit like Kavalier & Clay, with 1950s-era dick jokes.  So those guys are the artists.  Then there are the models… 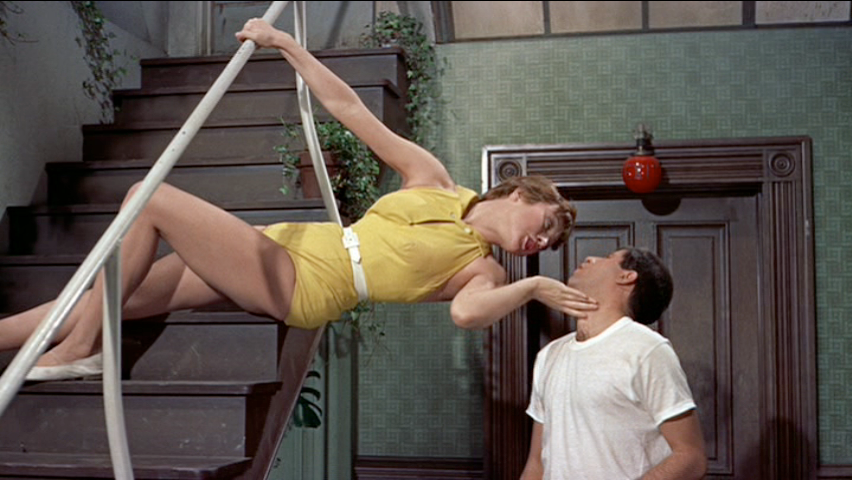 Shirley MacLaine plays a secretary at a comic book company, the model for Jerry’s favorite character “The Bat Lady” — Shirley develops a crush on Jerry, who doesn’t yet know that she moonlights in a bat costume. 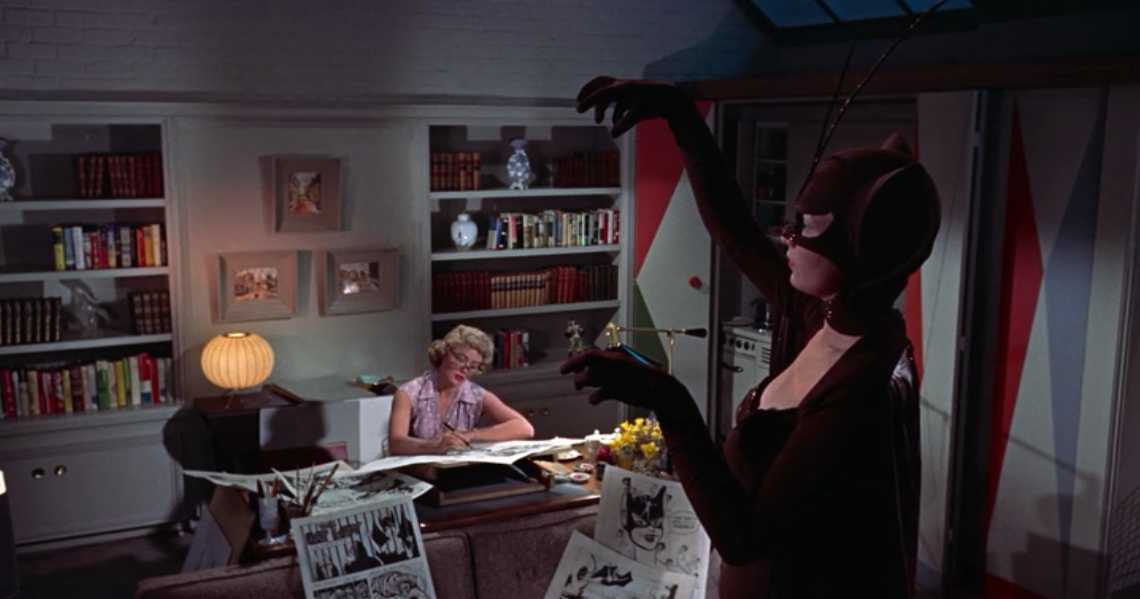 Other romantic interests (Dean’s) include Dorothy Malone (actually a cartoonist herself, in the story), Eva Gabor, and Anita Ekberg, whose proportions (so studiously examined in Fellini’s LA DOLCE VITA) made her a particularly good fit for a movie about superhero comics. 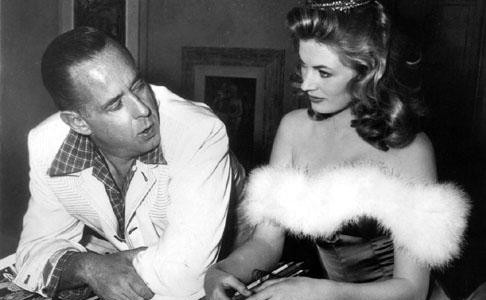 Frank Tashlin was the director of ARTISTS AND MODELS, which is why it is such an especially enjoyable film.  Before Tashlin got into features, he was a cartoonist and animator — while he doesn’t quite have the name recognition of Chuck Jones, Friz Freleng, and Bob Clampett among aficionados of vintage cartoons, he was their contemporary and colleague.  Tashlin brought his outsized perspective to features.  His movies are splashed with color and teeming with gags.

Busty women were a Tashlin trademark, as was rock ‘n roll (THE GIRL CAN’T HELP IT, with Jayne Mansfield, combined them.)  There’s an innocent, prankish, irresistable zeal to Frank Tashlin’s movies.  ARTISTS & MODELS was Tashlin’s first with Martin and Lewis.  He went on to direct them in HOLLYWOOD OR BUST, and after Dean and Jerry broke up, Tashlin made six movies with Jerry on the solo.  Tashlin directed Jerry Lewis the way he directed Bugs Bunny — there was no difference.  Note the scene in ARTISTS & MODELS where Jerry gets stretched out to the point where his feet meet the back of his head.  These movies are truly like live-action cartoons.  But with romance and musical numbers.  They have everything.

The best thing about the Martin/Lewis partnership is the Reese’s Peanut Butter Cup of it all — you get the zany slapstick from Jerry and the velvety crooning from Dean, both in the same movie.  It’s a crazy comedy and a big studio musical all in one.

I also just plain love that old-Hollywood VistaVision look, embodied by films such as THE SEARCHERS, FUNNY FACE, GUNFIGHT AT THE OK CORRAL, NORTH BY NORTHWEST, TO CATCH A THIEF, VERTIGO, THE MAN WHO KNEW TOO MUCH, and THE FOX & THE HOUND.  There’s something about the way those movies feel, a warm and attractive classicism, and this one’s no different.

This movie is a comfort.

Why watch old movies?  This is ‘why watch old movies.’  Trust me — you’ll love it.  If you don’t, you get your money back.  (I won plenty from all those folks who bet me and lost, way back up there in the first paragraph.)

ARTISTS & MODELS plays tonight at 7:30pm at the Alamo Drafthouse in Yonkers!

Here’s the great Dave Kehr on ARTISTS & MODELS, and on Frank Tashlin.

Here’s a fantastic and fun piece on the movie over at the TCM Movie Morlocks site! 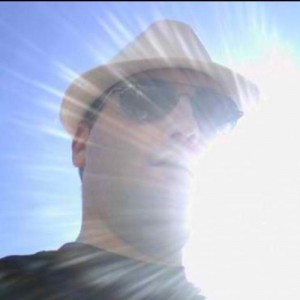 NEITHER AN ARTIST NOR A MODEL